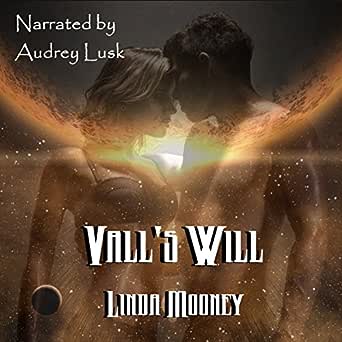 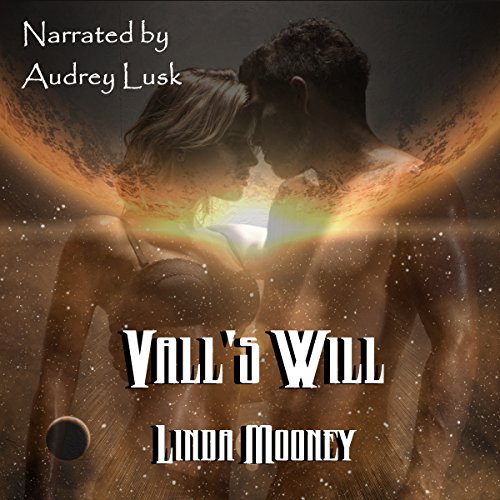 Michelle Arzu
2.0 out of 5 stars Great premise but poor execution
Reviewed in the United States on April 11, 2017
Verified Purchase
Okay, let me start with the good points: I liked the premise, and I certainly liked Vall. Will had her moments, too. I'm not much into deep space settings, but this one worked well. What kept me reading was finding out Vall's origin and how he would overcome his captivity.

Since he overcame his captivity in two seconds, that didn't last long...

The thing that really bothered me was the moments the couple chose to be intimate. Like everything is about to explode, people are dying, we need to go! But first--let's have a quicky right here right now for no other reason than we want to. I mean, it wasn't even because the plot demanded it. With so many opportunities to do this in a calm setting and taking their time (which only happens once) I was constantly thinking how irresponsible Will was for letting this happen.

My second problem is that Will completely goes into a "relationship" with someone who merely days ago had been a prisoner for 20 years. He has no way of framing or dealing with a physical relationship, and his attachment to her is understandable, but she's the adult here. It felt like she was unknowingly taking advatage of the poor guy, and no one ever questions it. If Vall had been a girl and Will a guy, it would have been creepy all around.

Which leads me to my third complaint: would someone please help Vall? He's been alone and a prisoner for 20 years but it's okay to leave him in his room. He doesn't even know what knocking is. And, I don't know, some psych evaluation, and getting him acquainted with the ship and general knowledge on how to go around would have been nice. At some point, Will became the worst captain ever.

Finally, what kept throwing me out of the story was the long exposition. Like, every time the author needed to finally explain something, it had to come out in textwalls.

The final explanations were unconvincing, honestly, if not downright cruel. For all that they went through, Vall is still pretty much a child--Will says as much--and she still keeps thinking on everafters and sexy times. If your job is to keep one of the most powerful beings in the universe happy, the least you could do is start by letting them recover their identy and be whole persons by themselves, not emotionally dependent beings because you fell in love with them.

So, two stars because the idea is good, it just needs to be told the right way.

HCS
3.0 out of 5 stars Good Plot but...
Reviewed in the United States on July 21, 2014
Verified Purchase
Vall's Will had an excellent plot. I enjoyed the storyline and action scenes. T is the story of Cpt Willis Tayte, captain of a Nion warship, who is a member of what is known as the most powerful race in the galaxy. She is charged with enforcing galactic law. In her role, she and her crew free a member of an unknown race. The story continues around that fact. Her character is very strong but his is a little weak and so much so it became distracting. The plot line was good enough to finish the book but while the male character matured through the story he never made it to what I would call a good or strong character. The intimate scenes seemed thrown in. It felt as if "we are under attack let's have some nookie" in all but the first scene. It seemed to slow the story down rather then add to it. I found myself skipping those scenes to get back to the story. If you want a good sci-fi tale this book is worth it if you want sci-fi romance it's lacking.
Read more
2 people found this helpful
Helpful
Comment Report abuse

JLW
4.0 out of 5 stars Interesting world building, strong female lead, touching romance
Reviewed in the United States on January 19, 2014
Verified Purchase
The heroine in this story reminded me of the one in Mooney's other book, "Captive Surrender" which I highly recommend. Both gals have these incredible protective shields and are smart warriors working for the government. The hero here, "Vall" is of unknown origin and so this story is kind of a sci-fi mystery as you try to figure out what he is and what he is capable of.

Val develops in both personality and powers over time. I'm not sure how realistic it was for him to be as nice/gentle as he was if was treated so badly for such a long time. I was very touched by his initial puppy like attraction to the heroine.

I think I would have given this book 5 stars if Val had been developed to the point where he was less of a "you Jane, me Tarzan" type of communicator. You know he is totally in love with the heroine but I wish there was more of an intellectual exchange of ideas between the two. Outside of their bedroom scenes, the relationship isn't equal as she is more of his guidance counselor.
Read more
3 people found this helpful
Helpful
Comment Report abuse

Sophie
5.0 out of 5 stars A good twist in science fiction
Reviewed in the United States on May 23, 2017
Verified Purchase
I've read this book several times and decided to review it this time. Vall is discovered as a prisoner on an enemy ship and rescued by Willis and her crew. What follows is a wonderful adventure as they find love and then are parted as per policy. The bad guys, can't spell the name without exiting the form, want Vall back. Through it all the identity of what Vall is commands and demands you keep reading. For me the sex scenes are unnecessary since they don't really add to the storyline. Would have been just as good if they were implied. Still a very good book.
Read more
One person found this helpful
Helpful
Comment Report abuse

chb book addict
4.0 out of 5 stars Great storyline
Reviewed in the United States on January 9, 2014
Verified Purchase
This was a very enjoyable but quick read. The storyline was different but I liked the author's plot, I wish there had been more world building - if this continues as a series, it should be very enjoyable.

Captain Willis Tayte us the leader of a group of Nion Warriors who patrol in space. They are from a superior planet and are responsible for seeing that races from other planets don't hurt or imprison, species from other worlds. On a routine mission they capture a ship piloted by Ben Objure a species that capture others to sell or even eat. After incapacitating the Ben Objure they look for prisoners and find a humanoid man who is chained and kept in horrible conditions, After freeing the captive they realize the ship is set to explode. Willis protects the prisoner at the risk of her own life.

When they return to their ship, the search is on to find out who Vall is - that's the only name they can find for the man.

Good premise, well written - I don't remember any grammatical errors. I like this author and look forward to more from her.
Read more
Helpful
Comment Report abuse
See all reviews

Kindle-Kunde
2.0 out of 5 stars Lacks emotional depth
Reviewed in Germany on January 21, 2019
Verified Purchase
I loved the basic premise - an elite female fighter rescuing a mistreated prisoner and helping him heal? Count me in!

But the follow-through was weak. The female lead reads not so much in love as brain-washed. Since the prisoner's powers long remain unrevealed, it started to seem like a distinct possibility that she was being mind-controlled, and her authoritarian dealings with her crew's doubts did not help, either. Under this perspective, some passages would fit just as well into a horror novel. (It especially grated when the characters cried, which was unfailingly described as them being surprised by the sudden wetness of their faces? No emotional build-up or follow-through? Maybe their species is half-robotic and the author just neglected to mention the fact?)

Another strange and unfortunate choice was giving the second POV not to the love interest, but to the spurned ex-lover (who offen seemed uncomfortably reasonable in contrast to the heroine we were supposed to cheer for).

All in all nice worldbuilding, but a disappointment when it comes to the love story.
Read more
Report abuse