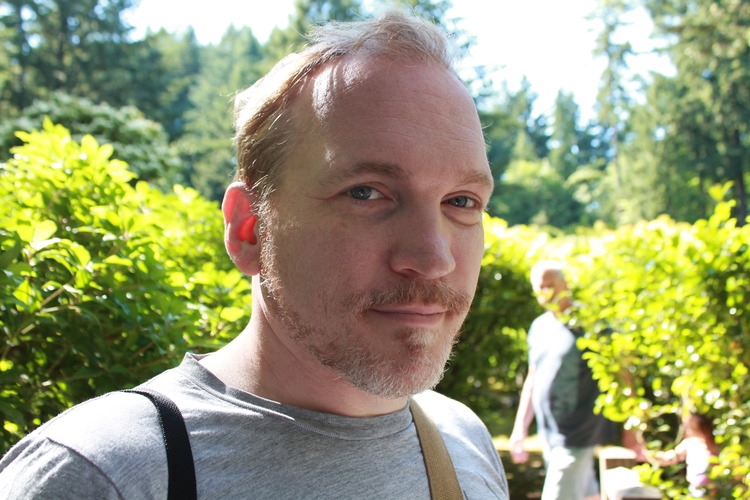 by Various (Author, Illustrator)
4.8 out of 5 stars 177 ratings
See all formats and editions
Sorry, there was a problem loading this page. Try again.
For fifteen years, Valve Corporation has defined the cutting edge of video games. Now, Valve joins with Dark Horse to bring three critically acclaimed, fan-favorite series to print, with a hardcover collection of comics from the worlds of Left 4 Dead, Team Fortress, and Portal. With over 300-pages of story, Valve Presents: The Sacrifice and Other Steam-Powered Stories is a must-read for fans looking to further explore the games they love, or comics readers interested in dipping their toes into new mythos!
Read more
Previous page
Next page

career at the age of

inker. Growing up in

and Mike Baron. After

break was as an inker on Daredevil, and

shortly after as penciler/inker on DC’s version

of Judge Dredd, then Foot Soldiers at

Dark Horse Comics. During the mid-’90s

comics, starting on his path of creatorowned

comics with Ship of Fools, co-created

with Bryan J.L. Glass. While drawing

Ship of Fools, Mike continued with other

paying work, such as inking Neil Vokes on

Ninjack and drawing Bulletproof Monk, which

was slow when Mike experimented with a

developing several projects, including The

and what would become Powers with Brian

Powers has been nominated for a Harvey

Award and won an Eisner Award for best

since tackled several other projects, including

Hammer of the Gods, Parliament of Justice,

The Goon, Quixote, Magician Apprentice (with

The Spirit, Red Sonja, and Rapture with Taki

Soma. His writing stint on the final run

of the original Thor as well as on Thor: Blood

Bill and Ares are amongst his other Marvel

Mike is currently working on The Mice

Takio and Powers with Brian Bendis, all creator

Beth
5.0 out of 5 stars Came As Described
Reviewed in the United States 🇺🇸 on January 25, 2022
Verified Purchase
So glad I was able to find a copy of this. The description was very accurate - it is definitely used but in very good condition. Very minor wear, and all the pages are perfectly intact. I have been reading through it and enjoying it very much.
Read more
One person found this helpful
Helpful
Report abuse

Kindle Customer
5.0 out of 5 stars A Good Outlet for Fans of Valve
Reviewed in the United States 🇺🇸 on January 9, 2022
Verified Purchase
As a fan of TF2 and the Portal series, I enjoyed the stories in this book. It featured the personalities of the TF2 cast very well as well as expanding on the story of Portal. I have never play any of the Left for Dead games, but that actually did not prevent me from enjoying the story.
Read more
Helpful
Report abuse

Scorpian
4.0 out of 5 stars Amazing collection, but nothing new
Reviewed in the United States 🇺🇸 on November 22, 2011
Verified Purchase
This is a collection of every comic and comic-like-thing that Valve produced up through around August. For Left 4 Dead, it contains The Sacrifice (duh?). For Team Fortress 2, it has everything through the comic for the replay update. For Portal 2, it has the entire Lab Rat comic. In addition to all of the above, there are few pieces of artwork, mainly postcards and various other random things (such as some of the Saxton Hale magazine covers). All of this is collected in a full-color, hardback collection that's a lot bigger than I thought it would be (it's kinda hard to understand just how massive the book is from the dimensions that are given).

So yeah, it contains a lot of good stuff. However, it lacks anything new. I expected this, but didn't quite plan for it. Everything in this book is available for free online. When the package arrived, I felt like a kid on Christmas morning. I immediately ripped it open and flipped through it. Then... nothing. As soon as it dawned on me that I'd already extracted just about all of the entertainment I could get from this book several months earlier, there really wasn't anything left I could enjoy. Plus, half of this book (The Sacrifice comic) was designed for a digital widescreen display. Each digital "page" is printed two per physical page, so there are plenty of gaps. That kind of kills the traditional comic book feel and gives the impression that it works a lot better on screen than on paper. Even if I were to reread this in the book, I'd still feel like it would be been better to read it online, which is free.

Don't get me wrong. These are all ridiculously entertaining comics. I got plenty of enjoyment out of 'em when I read them through at release online. But, the only thing I gained from purchasing this book was having them in paper instead of digitally. At the end of the day, this is nothing more than a collector's item.

AnimatorRose
5.0 out of 5 stars Easy On the Medic, but Overall a Good, Hardcover Print
Reviewed in the United States 🇺🇸 on July 17, 2018
Verified Purchase
As a Medic-main in the TF2 fandom, I was kinda disappointed whenever the Team Fortress comics ended when he finally started to play a larger role, but the other art seemed to make up for that.

Yeah, you could read these online somewhere, either on Valve's website or some other sketchy place, but to actually have these in your hands? It's another completely different feeling; all in its glossy-printed glory.

The artwork's very stylized and unique to anything I've seen anyone publish before, with some stories I've never even heard of until I got this. If you're a Valve fan then I recommend picking this up, if not just as a novelty to have around, then to enjoy a good story involving characters us gamers all know and love.
Read more
One person found this helpful
Helpful
Report abuse

Tin
5.0 out of 5 stars For my 8 year old and husband *love*
Reviewed in the United States 🇺🇸 on October 7, 2013
Verified Purchase
This review is for two books Mass Effect Library Edition Vol. 1 and Valve Presents: The Sacrifice and Other Steam-Powered Stories Vol. 1. My son and husband love these books sooo much! He bought them for my 8 year old so he could read them stories before bed lol, we are nontraditional I guess. The books are very well made and look great. The quality is wonderful. My son sometimes doesn't know what is going on but he loves the pictures and he loves the book being read to him by dad. My little guy is hard to please. The books are very large and heavy, expect greatness here! Also, he said the books were much more when he went to the store and he was willing to pay that but he found them here cheaper.
Read more
Helpful
Report abuse

Ricardo
5.0 out of 5 stars Great
Reviewed in the United States 🇺🇸 on February 25, 2020
Verified Purchase
I love this book it has left 4 dead, portal, and Team Fortress 2 there all great and funny all the comics in it is great
Read more
Helpful
Report abuse

Paul H.
5.0 out of 5 stars Valve presents the sacrifice and other steam powered stories
Reviewed in the United States 🇺🇸 on February 19, 2013
Verified Purchase
When you go play a video game, you either leave it feeling one of two things : that you wasted the entire afternoon, or that you just took part in a wonderful story. But a VALVe game? A VALVe game? You know you'll be pleased by that. And now you can enjoy it even more with this book. Explaining scenes that you did not see in the game, and doing it in a comic book format, this amazingly done collection of strips and cartoons is a great read for everyone(except for young kids.there is a small bit of swearing) ! Now, I know the price seems like a lot,but trust me, you won't regret it. Not one bit.
Read more
Helpful
Report abuse

Summer
5.0 out of 5 stars It's a good book
Reviewed in the United States 🇺🇸 on January 9, 2021
Verified Purchase
My son loves this book
Read more
Helpful
Report abuse
See all reviews

A John
5.0 out of 5 stars No Sacrifice at all...
Reviewed in the United Kingdom 🇬🇧 on August 11, 2013
Verified Purchase
Valve Presents: The Sacrifice and other Steam-Powered Stories Volume 1 [Hardback version from Dark Horse Books].

My players of games are also readers of books of all kinds.

This is a win win win and really no sacrifice at all.

After the machines have gone quiet and the screens gone dark, these pages get turned.

This is volume 1, is it too much to hope that there might be volume 2 waiting somewhere ?

Henry
5.0 out of 5 stars Stunning
Reviewed in the United Kingdom 🇬🇧 on April 23, 2012
Verified Purchase
Of the graphic novels I own (Kick Ass limited edition, 300, a few others) this is by far the highest print quality. The preview photo on the top left does not do itself any favors - it is a lot bigger than it will first seem. The paper and print quality is stunning, the comic work is brilliant (I assume since you're reading this you're a fan of one of the three games it covers). I haven't played TF2, so I haven't read that, the Portal 2 one seemed a bit... removed... from it, but the L4D Sacrifice one is truly amazing. It forms half the book, and sticks very closely to the storyline (whereas the Portal 2 one doesn't really).

An absolute must have.
Read more
Report abuse

George Gosden
5.0 out of 5 stars Awesome!
Reviewed in the United Kingdom 🇬🇧 on July 31, 2013
Verified Purchase
The "Graphic Novel" was delivered on time, within 3 days I believe, which was good, and it was in perfect condition! I recommend this for anyone, even if they have not played: Portal, TF2, or Left for Dead. Great read.
Read more
One person found this helpful
Report abuse

Jaxeffrey M
5.0 out of 5 stars Fantastic product, Valve always nail it.
Reviewed in the United Kingdom 🇬🇧 on March 11, 2015
Verified Purchase
This was a great gift for my Valve Fan friends birthday.
The book itself is great quailty so you can't really go wrong if you're a huge Portal, HL or TF2 fan.
Great addition to any collection.
Read more
Report abuse

frances tomblin
5.0 out of 5 stars Fantastic.
Reviewed in the United Kingdom 🇬🇧 on November 14, 2018
Verified Purchase
Absolutely fantastic bk. Got this 4 my 15yr old son as a b day gift and he loves it!!
Read more
Report abuse
See all reviews