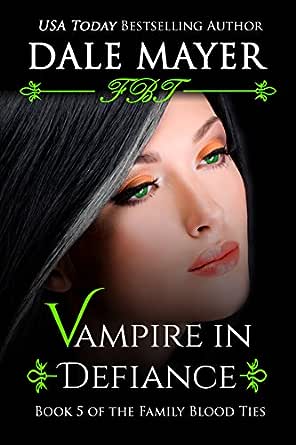 You've subscribed to Family Blood Ties! We will preorder your items within 24 hours of when they become available. When new books are released, we'll charge your default payment method for the lowest price available during the pre-order period.
Update your device or payment method, cancel individual pre-orders or your subscription at
Your Memberships & Subscriptions
There was an error. We were unable to process your subscription due to an error. Please refresh and try again. 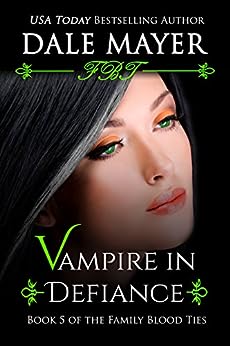 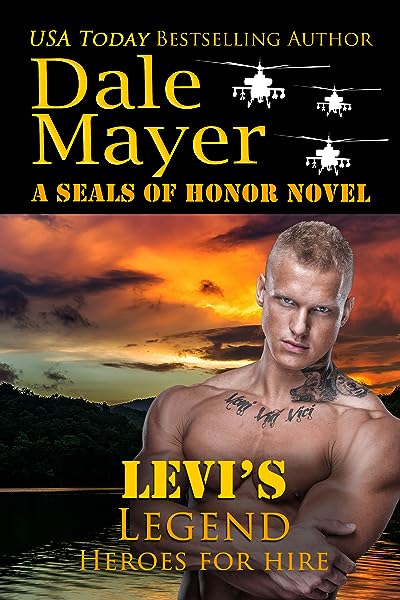 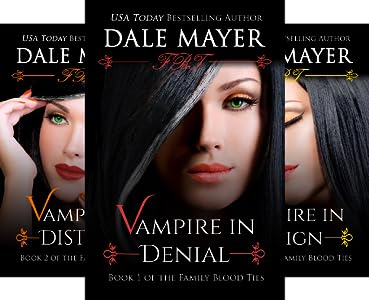 4.5 out of 5 stars
4.5 out of 5
67 global ratings
How are ratings calculated?
To calculate the overall star rating and percentage breakdown by star, we don’t use a simple average. Instead, our system considers things like how recent a review is and if the reviewer bought the item on Amazon. It also analyzes reviews to verify trustworthiness.
Top reviews

Kindle Customer
5.0 out of 5 stars What's up this time?
Reviewed in the United States on May 12, 2019
Verified Purchase
This was more about Cody and Tessa, how their relationship was progressioning along & what did they want to do.
Read more
Helpful
Comment Report abuse

dean
5.0 out of 5 stars Exceptionally Well Written
Reviewed in the United States on April 21, 2015
Verified Purchase
The 5th book in he series is exceptionally well written, exciting, and full of action. I couldn't stop until the end. The fear of losing even one of the main characters kept me reading and reading. All of the emotions displayed in this last book in the series were explosive. I can't wait to read more of Dale Mayer's books.
Read more
Helpful
Comment Report abuse

Betsy
5.0 out of 5 stars Love love love
Reviewed in the United States on May 13, 2017
Verified Purchase
Just can't seem to put the books down,every spare moment I have I keep reading. I'm even behind on laundry just to keep reading lol
Read more
Helpful
Comment Report abuse

Amazon Customer
5.0 out of 5 stars Family Blood ties.
Reviewed in the United States on April 10, 2014
Verified Purchase
Loved this story and wish it would continue. I had also wondered about Jared and his story. It seems that there must be a story on him and if he ever gets his father back. It would be great for this to continue with maybe separate stories.
Read more
Helpful
Comment Report abuse

Robin Lundquest
1.0 out of 5 stars Books that have everything!
Reviewed in the United States on June 27, 2015
Verified Purchase
I loved these books, they are full of intrigue, excitement, romance, mystery I couldn't wait till the next I could read the next book & it's killing me to wait for the last book!
Read more
Helpful
Comment Report abuse

Reidraco
5.0 out of 5 stars Excellent
Reviewed in the United States on July 23, 2015
Verified Purchase
Incredible end to a great and suspense filled story. Cannot wait to read more about the blooming Tessa, she is really growing and coming into her own.
Read more
Helpful
Comment Report abuse
See all reviews

Now, that said, there were a few aspects in the story I didn't like and people who haven't read the book(s) might want to stop reading here.

Although Tessa appears to be refreshingly different from so many other female main characters in other vampire stories (the tall, skinny flat chested Tessa against the super busty, perfect shaped seductresses in other books), she is also on the verge of becoming a full on Mary Sue.
Despite being in the mountain for about a week with no food and rest (we only hear/read her talking about her power naps, but she never actually has one), she still seems to kill every enemy, no matter how strong and big, almost effortlessly, she constantly develops new abilities to rescue her friends and family, and even been injured by a silver stake, she doesn't only just recover quickly, but instead of feeling weak, her abilities only enhance from the injury. In the beginning of the books, we learn that Tessa doesn't feel accepted by the vampire world, because of her 'throwback (human) genetics', and that her own people like to make fun of her and talk badly about her, now, in a matter of hours and days, that completely changes. Not only starts everybody around her admiring Tessa, but also the two male main characters fall in love with her.

The second thing is, although the good vamps take the bad vamps down one after one, no one of the good vamps/guys dies.Of course, it wouldn't be nice to read, especially if you grow a care for certain characters, it is kind of unrealistic, especially with so much fighting going on. The only two people who die and used to be part of a closer circle of Tessa's family were betrayers and involved in the blood farm mess.

The last thing which I found a bit off was that the two ancients, vampires who have lift through centuries had the same language pattern like the young vamps (basically teenagers), thinking/saying/using all the same slang.

That is not supposed to be a rant, as mentioned in the beginning, the books in itself a brilliant and so addcitive.

SuperFlo
4.0 out of 5 stars Vampire in defiance
Reviewed in the United Kingdom on January 22, 2015
Verified Purchase
Not as good as expected but had a big break in between reading this and the others so think that the reason why.
The writing was however brilliant, as Dale has a great flare for use of language. Now back to reading the next. Keep up the good work of writing!
Read more
Report abuse

asandas
5.0 out of 5 stars good read
Reviewed in the United Kingdom on June 1, 2014
Verified Purchase
I have read all these books in this series. They are a really good easy read. Pleased I have read them. I have also recommended them to friends. Just waiting for the last book now.
Read more
Report abuse
See all reviews