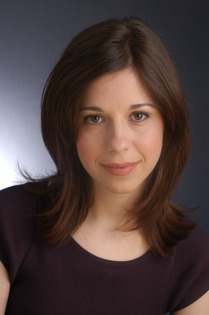 Allison van Diepen is the author of STREET PHARM, SNITCH, RAVEN, and THE ORACLE OF DATING. She teaches high school and lives in Ottawa, Canada. Please visit her online at www.allisonvandiepen.com.
Start reading on your Kindle in under a minute.

4.6 out of 5 stars
4.6 out of 5
75 customer ratings
How does Amazon calculate star ratings?
Amazon calculates a product’s star ratings based on a machine learned model instead of a raw data average. The model takes into account factors including the age of a rating, whether the ratings are from verified purchasers, and factors that establish reviewer trustworthiness.

Zoey River
4.0 out of 5 stars The vampire stalker - an fun and interesting read
Reviewed in the United States on June 12, 2016
Verified Purchase
Imagine one night you bump into your favorite character from your favorite book (in this case: your fictional book crush).
Well, that's exactly what happened to Amy.
Unfortunately, along with him came the villain of the book. And this kind of villain, the ruthless vampire Vigo, cannot be allowed to stay in Amy's world.
So of course Amy joins alexander in his one and only mission in life: to kill Vigo (the vampire who killed his family).
Amy had a crush on alexander in the books, as any book reader teenage would, but he was only fictional, inside the pages of a book. Until now. Now that he's a real person.
What they both didn't expect was for them to fall in love. Especially Alexander, who dedicated his all life to one purpose alone, while avoiding attachments that can only get in his way to his goal.

*spoilers from now on*

I didn't expect a detailed answer as to how Alexander and Vigo (and the rest of otherworld) were real, but the author gives as a really intriguing explanation. The idea of some authors being able to see and feel in their minds other worlds (dimensions) and write about them was great.

This book had more potential in it, and I think the romance progress lacked, but I still enjoyed it and found it a refreshing and interesting read.

I was really worried about the ending. I didn't know what kind of author Allison Van Diepen is – the happily ever after kind? The bittersweet kind? Or, I was dreading it, the tragedy kind?
The only possible outcome I saw was for one of them to stay in the other one's world. And it didn't seem like it would happen because… Amy loves her family. I can't see her ever leaving them for a Chicago of the past full with dangerous vampires, even as much as she loves Alexander. And Alexander, not only I couldn't imagine him leaving his cousin James alone (James was the only one alexander cared about in his world), but also his purpose in life: killing vampires and protecting his city from them. That's the only thing he ever knew.
I was especially terrified at the end when it seemed it was going to end badly for them, and felt a twinge in my eyes when they said their goodbyes.
When Alexander blurted out that he was staying, it was so unexpected I almost missed it.
But the ending… I couldn't wish for a better one for them. It was sweet and satisfying. As Alexander said: it's only the beginning of their story.

James and Hannah: I'm hoping they will be able to make peace between the human and vampires. More than that though… I wonder how their relationship will hold. It's true that James needs to accept the more vicious part in Hannah (as there is in any vampire, even the good ones) but I couldn't help but notice the story failed to address the most pressing question of their relationship: the eternity part of being a vampire. While James grow old and eventually die, Hannah will remain the same forever. There is only one solution to that, one that neither James nor Hannah gave us any indication to – James becoming a vampire.

Book 3 of the otherworld trilogy: if I was the author, I simply would have written the truth. Maybe in a more subtle way, though. I would have told Hannah and James story as it unfolds while simultaneously telling the story of how alexander and Vigo arrived to another Chicago (a Chicago much like a Chicago of our world), how Alexander had fallen in love with the girl he rescued from Vigo, how they both worked together until Vigo was dead and how… at the end… Alexander understands there is hope for him yet, hope for a new life in a new world with the girl he fell for.

Goose Girl
3.0 out of 5 stars Not Quite There
Reviewed in the United States on June 10, 2011
Verified Purchase
This is probably one of the shortest reviews I've done lately. And it's simply because this novel, while okay, wasn't that special. It had the potential, but it just didn't quite make it.

Amy is in love with a fictional character from her favorite series Otherworld. (Who hasn't been there?) He's the less popular of the male characters, Alexander Banks. But one night, when she finds herself attacked extremely violently she looks into the face of her rescuer and it's Alexander Banks. She gives him a place to stay for a few days with her mother and sister and her and tries to believe what's before her eyes. It's like a dream come true! The nightmare though is that Alexander followed a vicious vampire named Vigo into Amy's world.

It was a great idea and the way Alexander's presence was explained made perfect sense. It just all felt flat to me. There was no spark, no tension, even where there should have been, no feeling from me while I read. Maybe the novel needed to be longer. That way, the characters could have been more developed, had more time together to show their relationships. I was really excited about reading this one. I had imagined a girl, late at night seeing a character step out of the pages of a book, maybe in a bookstore, and disappear into the night with her following discreetly. But, no such luck. And I was left disappointed in general with the book.
Read more
Helpful
Comment Report abuse

K. M. Martin
VINE VOICE
4.0 out of 5 stars What Happens When a Literary Crush Comes to Life?
Reviewed in the United States on July 11, 2011
Verified Purchase
I very much liked the concept of this book. The idea that the fictional character you have a monster sized crush on could come to life is wish fulfillment for all avid readers. Amy is a very typical young adult fangirl. She even writes fanfic about her favorite characters. She is also the responsible older sister to Chrissy who has taken the occasion of their parents divorce to start hanging out with an older crowd and being angry and defiant all the time. Amy and Chrissy live with their hard-working mother. Amy resents her more or less absentee dad.

One evening while walking in the park, she is attacked. She is also rescued and is very surprised to discover that her rescuer is Alexander Banks - a literary vampire hunter come to life. At first, Amy doesn't think he is real but is soon convinced. Alexander is chasing Vigo who is his vampire enemy from Otherworld Chicago. Amy is determined to help Alexander find Vigo.

I liked the relationship of Amy and Alexander. I was a little bit less enthralled with the explanation offered by the school librarian - Mrs. P. - that what happened was "literary physics." Not many librarians come to their jobs with a background in Physics.

It was interesting when Alexander, Mrs. P. and Amy go to talk to the very famous author of the Otherworld books. I'm sure that like many authors of popular series Elizabeth Howard was not surprised to see characters dressed to match characters from her book. Naturally, she had a hard time believing that Alexander was real.

I liked the action in this story as Amy and Alexander try to track down Vigo. I also liked that we saw some everyday school activities for Amy too. This was an entertaining story that will resonate with all readers who wish that the characters from the books they read could be real.
Read more
Helpful
Comment Report abuse
See all reviews from the United States

KATHA5TROPH3
4.0 out of 5 stars Great!
Reviewed in the United Kingdom on March 18, 2013
Verified Purchase
This book is a great short story for vampire and fiction lovers. I found it quite easy to sympathise with the main character as I easily fall in love with characters and found it quite ironic. A brilliant story that is thinking outside the box. I recommend this book.
Read more
Helpful
Sending feedback...
Thank you for your feedback.
Sorry, we failed to record your vote. Please try again
Report abuse

iona
5.0 out of 5 stars brilliant
Reviewed in the United Kingdom on March 15, 2012
Verified Purchase
my pal told me about this book and said it was good.so i bought the book and read in a day .i loved it i couldnt stop reading it so i kept reading it over and over again.
Read more
Helpful
Sending feedback...
Thank you for your feedback.
Sorry, we failed to record your vote. Please try again
Report abuse

The cover of the book is fitting for the season of the story: cool, autumnal.
The content is very well written and you can immediately empathize with Amy. The end of the book is well done, because you don't expect like Amy what happens.
Read more
Helpful
Sending feedback...
Thank you for your feedback.
Sorry, we failed to record your vote. Please try again
Report abuse
Translate review to English

Alyssa M.
5.0 out of 5 stars Five Stars
Reviewed in Canada on February 4, 2016
Verified Purchase
One of my favorite books. No matter how many times I read it, it never gets old.
Read more
Helpful
Sending feedback...
Thank you for your feedback.
Sorry, we failed to record your vote. Please try again
Report abuse