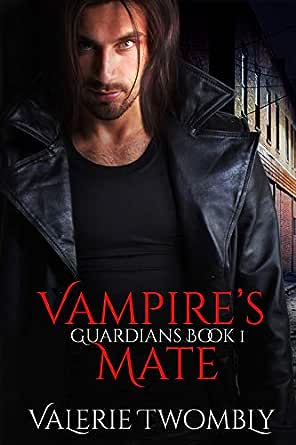 You've subscribed to Guardians! We will preorder your items within 24 hours of when they become available. When new books are released, we'll charge your default payment method for the lowest price available during the pre-order period.
Update your device or payment method, cancel individual pre-orders or your subscription at
Your Memberships & Subscriptions
There was an error. We were unable to process your subscription due to an error. Please refresh and try again. 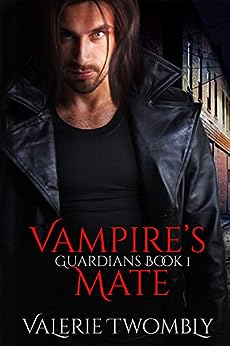 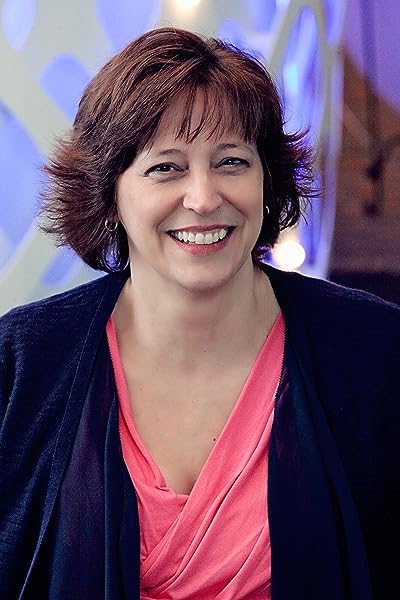 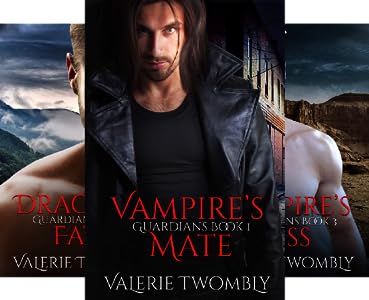 3.9 out of 5 stars
3.9 out of 5
67 customer ratings
How does Amazon calculate star ratings?
Amazon calculates a product’s star ratings based on a machine learned model instead of a raw data average. The model takes into account factors including the age of a rating, whether the ratings are from verified purchasers, and factors that establish reviewer trustworthiness.
Top Reviews

Tbascoebuzz
1.0 out of 5 stars Seriously?!?
Reviewed in the United States on June 25, 2019
Verified Purchase
Ms. Twombly builds a world of gods, goddesses, vampires, demons, and dragons and other fantastical immortal guardians. The sole purpose of a guardian is to protect and safeguard the human realm from evil, sometimes being referred to as God’s true Angels by humans who are aware of their existence. When they’re not walking in the human’s realm, they’re living in their immortal realm. This story is about an 800 y/o vampire, Marcus DaGotto, and several other guardians trying to stop the operations of immortal slave traders/traffickers as well as locating a rogue Draki dragon King who wants to destroy the human race for some reason. Who knows... Anyway shy Cassie Jensen is a nurse who discovers that she walks among immortals and how she’s fated to be the mate of Marcus. I couldn’t appreciate the contrived drama Ms. Twombly portrays because the female character is an idiot. Her whining and waffling grated on my last nerve. In one scene, dragons are circling the sky, lowering themselves down to kill her...and her only means of escape is Seth, a vampire dying in front of her eyes....but wait!… she can save this dying vamp by giving him her blood and in turn, he’d be strong enough to transport them from their dire situation. Yet she hesitates!! She actually contemplates whether or not she should feed this dying vampire because in doing so, he’ll take some of her erotic memories???? I mean, fireballs are exploding around them, rocks are falling down the side of a mountain beside them, dragons are drawing closer, and she actually stops to draw up a verbal contract with this dying vampire as to what he can and cannot reveal of her secret thoughts. It was just too much of an already over the top, ridiculous plot. The conversations are stilted, choppy and puerile. When the characters communicate telepathically, the sentences are italicized....but when they think to themselves, that’s italicized too and it’s confusing because it runs together. You think you’re reading a telepathic conversation when in fact it’s an individual thinking to himself. With all the power the dozens of gods wield, it was absurd they couldn’t locate Marcus when he was abducted, hidden and brutally tortured. But wait! They eventually find him and then SHE’S taken! *eye roll*. And what the heck ever happened to Baal’s sister? The author left us with her half naked, tied to a post and being flogged...IN HELL mind you... by a demon using a whip with 42 metal-tipped strips. We’re left hanging! The final 50% of this mess was an utter waste of time. The end couldn’t come fast enough.
Read more
10 people found this helpful
Helpful
Comment Report abuse

Kindle Customer
4.0 out of 5 stars A love of a Mate
Reviewed in the United States on March 31, 2019
Verified Purchase
This was my first time reading this author ( Valerie). She is a good job. It was a Smooth read which is great. Marcus is a vampire guardian of the human race. He lost his first mate years ago. What will he think and do when he is bestowed a human mate? Cassie is nurse and her ex walked out on her over a year ago . She has this mistrust in men. But when Marcus walks in her life what will happen? Oh you need to read this book and find out. So worth it.
Read more
7 people found this helpful
Helpful
Comment Report abuse

Fantasymaven
5.0 out of 5 stars Wow
Reviewed in the United States on January 25, 2019
Verified Purchase
What a fascinating take on the vampire genre. There are gods. Egyptian myths, a wonderful imagined world, and hot vampires and demons. The story holds your attention from the first paragraph and you become more and more involved with each chapter. Don't start this book If you can't finish it in one sitting. You won't be able to put it down until you read the last sentence.
Read more
5 people found this helpful
Helpful
Comment Report abuse

Amazon Customer
1.0 out of 5 stars Don’t bother
Reviewed in the United States on January 24, 2019
Verified Purchase
I felt like I was thrown into the middle of a book with no frame of reference. The female protagonist was incredibly wimpy and was the reason I did not even finish the book.
Read more
6 people found this helpful
Helpful
Comment Report abuse

Rebecca Stigers
5.0 out of 5 stars Vampire's, Demon's and a human
Reviewed in the United States on February 2, 2019
Verified Purchase
What a good story...awesome characters and the storyline kept me reading. This author definitely has a way with her word's. Good vampires, good and bad demons...good reading . I definitely recommend it.
Read more
5 people found this helpful
Helpful
Comment Report abuse

Kindle Customer
5.0 out of 5 stars Exciting!
Reviewed in the United States on April 9, 2019
Verified Purchase
This story is incredible! I got hardly anything done while reading this story. I couldn't wait to get back to it. Even got irritated when the phone would ring! LOL LOL That is the truth! Im so glad this is a series. I am just hoping the stories are written instead of waiting months to get back to it. Miss Valerie you are an incredibly talented writer! Thank you ever so much!
Read more
3 people found this helpful
Helpful
Comment Report abuse

Amazon Customer
5.0 out of 5 stars Vampire’s Mate
Reviewed in the United States on November 10, 2019
Verified Purchase
This was a good weaving of paranormal histories along with unprecedented changes. As in all paranormal worlds, the call of a true mate is irresistible which is where the fun begins.
Read more
3 people found this helpful
Helpful
Comment Report abuse

Madeleine East
5.0 out of 5 stars Love me some PNR
Reviewed in the United States on January 31, 2019
Verified Purchase
If you absolutely love pnr like me, THIS is the book for you. PNR has always been my go to each and every time so this was a no brainer. The storyline was amazing. The characters, chemistry and banter between the characters totally made this book. So page turning good.
Read more
3 people found this helpful
Helpful
Comment Report abuse
See all reviews from the United States

Amazon Customer
5.0 out of 5 stars Vampire's Mate
Reviewed in the United Kingdom on March 8, 2019
Verified Purchase
This is the first book in a new series and I really enjoyed it. The plot was intriguing, cleverly bringing together all the threads of a diverse realm of characters, explaining the who and the why of everything - not an easy task. Marcus and Cassie's story grips you from the beginning, and you want them to win because the bad guys are absolutely awful. Unfortunately the baddies are far too sneaky to get got easily. I see a final battle somewhere in the future. Bring on book two.
Read more
Helpful
Sending feedback...
Thank you for your feedback.
Sorry, we failed to record your vote. Please try again
Report abuse

ALYSON WATERS
5.0 out of 5 stars book
Reviewed in the United Kingdom on January 19, 2020
Verified Purchase
really enjoyed reading this book for me its a good read
Read more
Helpful
Sending feedback...
Thank you for your feedback.
Sorry, we failed to record your vote. Please try again
Report abuse

Barbara A. Watts
4.0 out of 5 stars Marcus & Cassie
Reviewed in Canada on February 1, 2019
Verified Purchase
The first book in the Guardians series is a well written book that held my interest throughout. There is suspense, drama, danger, villains, and romance. The pages flow smoothly from one to the other this was a book I was not putting down until I had finished reading. I received a free copy of this book and enjoyed it enough I had to buy it also.
Read more
One person found this helpful
Helpful
Sending feedback...
Thank you for your feedback.
Sorry, we failed to record your vote. Please try again
Report abuse

MARY
5.0 out of 5 stars WOW!!!
Reviewed in Canada on November 16, 2018
Verified Purchase
This is the first time I'm reading this author. This book was fantastic!! I had so many emotions while reading this. The book was beautifully done and I'm eager for more. So much so that I have pre-ordered the next three!! Please hurry Valerie with the release dates.
Read more
One person found this helpful
Helpful
Sending feedback...
Thank you for your feedback.
Sorry, we failed to record your vote. Please try again
Report abuse

Melinda
5.0 out of 5 stars Vampire's Mate. Book 1
Reviewed in Australia on April 9, 2019
Verified Purchase
I'm first time reader of this author and really enjoy this book. Love the twists and turns with certain characters through out the book and the ending was what I was expecting..HEA. Can't wait to read the next book in the series.
Read more
Helpful
Sending feedback...
Thank you for your feedback.
Sorry, we failed to record your vote. Please try again
Report abuse
Load more international reviews

Stephanie
1.0 out of 5 stars I'll read anything but couldn't get into this
Reviewed in Canada on March 29, 2019
Verified Purchase
I couldn't get past the first 2 chapters, it just seemed so silly.
Read more
Helpful
Sending feedback...
Thank you for your feedback.
Sorry, we failed to record your vote. Please try again
Report abuse