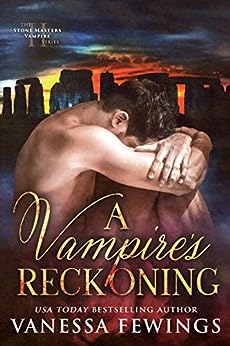 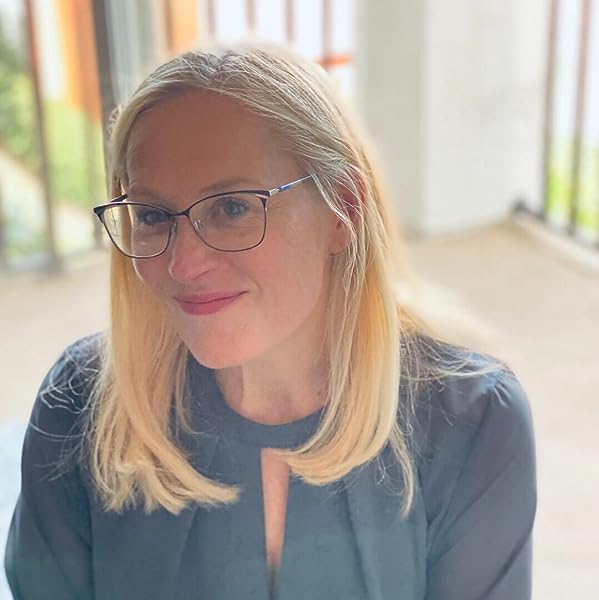 "This is one of the best novels of the undead that I've read in ages ... It's elegantly and impressively written, and the author weaves her compelling tale back and forth between the centuries as effortlessly as a vampire steals a kiss."  -- Garfield Reeves-Stevens, Author of Bloodshift

Is it fair for the sins of the father to be paid by the son? Jadeon Artimas lived in the 18th century among vast wealth and privilege, oblivious to the knowledge that he was born into a secret society of vampire hunters known as the Stone Masters.

When Orpheus, the world’s most notorious vampire, discovers the identity of the Stone Lord who murdered his beloved, he sets his undead ambition to making Lord Artimas pay the ultimate price—by turning his son Jadeon into a creature of the night. In A Vampire’s Reckoning, Bestselling Author Vanessa Fewings takes the readers through two centuries of rivalry in the seductive, dark side of England.

Told from battling views of Jadeon and Orpheus, the book follows both nightwalkers as they wage a fierce war from SoHo to Stonehenge. But if Orpheus is punishing Jadeon, and Jadeon is punishing Orpheus, who will justice ultimately serve?

"This is one of the best novels of the undead that I've read in ages ...It's elegantly and impressively written, and the author weaves her compelling tale back and forth between the centuries as effortlessly as a vampire steals a kiss." - Garfield Reeves-Stevens, Author of Bloodshift

"I likened Fewings to some of the greats of modern vampire fictions, such as Chelsea Quinn Yarbro, Fred Saberhagen and Kim Stanley Robinson and of course Anne Rice. Fewings' vampires are not for the Twilight crowd or those who like their vamps cute and defanged." - The Fountain Pen Diva

Vanessa's books include THE PERVADE DUET, PERFUME GIRL, the ENTHRALL SESSIONS, THE ICON TRILOGY from HarperCollins:HQN Books, and her STONE MASTERS VAMPIRE SERIES.

Readers can also listen to Vanessa as she hosts The Romance Show, a captivating podcast on iTunes featuring authors and industry professionals in the romance genre.

Prior to publishing, Vanessa worked as a registered nurse and midwife. She holds a Masters Degree in Psychology. She has traveled extensively throughout the world and has lived in Great Britain, Germany, Hong Kong, Cyprus and the USA.

Born and raised in England, Vanessa now proudly calls herself an American and resides on the East Coast with her husband and their foxhound Sherlock.

Vanessa Fewings is the USA Today and International bestselling author of the ENTHRALL SESSIONS and THE ICON TRILOGY from HarperCollins along with many additional novels. Her books have been translated into other languages around the world. She was an RN in the British Army and now lives with her husband on the East Coast with their rescue Foxhound Sherlock.

Vanessa can be found in The Romance Lounge on Facebook, Instagram, and TikTok. She enjoys connecting with fans!

Rosanna Albani
4.0 out of 5 stars excellent book
Reviewed in the United States 🇺🇸 on August 17, 2013
Verified Purchase
Another excellent book from this series.

We pretty much pickup right where book one ended. However, this time around we get two different POVs.
Orpheus and Jadeon. Because there are two sides of every story, right? We also get a few 3rd person POVs as well. There was a lot going on in this story as it progresses. I loved it!

We had a glimpse of Jadeon and Alex in the end of book one, and now in book two, we get their full story. Jadeon recounts his days starting at the age of 10 and continues to the present day.

Orpheus... I'm having a hard time wrapping my head around his new character. My heart just broke at 50%. I completely understand his revenge, but not to the extent that he took it.

I'm very curious how he handles his new life in book three.

Rebecca Geschke
5.0 out of 5 stars Stone Masters: A Vampire's Reckoning
Reviewed in the United States 🇺🇸 on March 21, 2012
Verified Purchase
I just finished this entire series. What an amazing collection. This series open before me like a movie in my head of the underworld. It was extremely captivating. The plot was written so well I couldn't put the book down. I finished A Vampire's Reckoning in 8 hours. I couldn't help it this book was written so intense that I couldn't wait to turn the page to find out what happened next. The way that VMK creates her characters is nothing short of a work of art. She opens you to their normal world of daily living and then guides you into their underworld with such excitement and rush that before you know it you are reading faster just to find out what happens next. Her work is hypnotizing. If you are ready to experience vampires and the underworld like never before this is the series for you. It is a must read and don't forget to buy or download the other books immediately because you will need them to help feed your hunger for more.
Read more
One person found this helpful
Helpful
Report abuse

Cassie Janzen
4.0 out of 5 stars Good!
Reviewed in the United States 🇺🇸 on October 27, 2018
Verified Purchase
I was very happy that some situations came full circle. There are still some things that I hope will get addressed in the next book. And I keep wondering, is there going to be a descendant of Alecia's son, Ricardo? Will that relative be evil? How did Alecia and Ricardo live out the rest of their lives? Will Orpheus go back to the caring individual he used to be? I really hope so, and I can't wait to finish off the series and see how everything unfolds. :)
Read more
2 people found this helpful
Helpful
Report abuse

LadyJane
3.0 out of 5 stars A different kind of Vampire story
Reviewed in the United States 🇺🇸 on July 29, 2019
Verified Purchase
I chose this book from a giveaway. The reviews were very compelling, so I thought I would give it a try. I agree that it is very well written, but I did not really enjoy the story. There are many places where it is talking about one thing and in the next paragraph it's something totally different. I also felt that it was really drawn out. Maybe needs more editing. It It's It is also It is also a cliffhanger ending.
Read more
Helpful
Report abuse

Summer
5.0 out of 5 stars Stone master
Reviewed in the United States 🇺🇸 on September 12, 2019
Verified Purchase
What a good read this has been! I really have enjoyed this book. It has some different twists to this book. I will be getting next book to this series
Read more
One person found this helpful
Helpful
Report abuse

Kindle Customer
5.0 out of 5 stars Outstanding, trust me.
Reviewed in the United States 🇺🇸 on September 4, 2014
Verified Purchase
I loved this series, I read a lot in this genre and most are average at best but this was truly outstanding. It is so well written and held my interest until the very end. I didn't want it to end and hope the author continues to write using these characters. I fell in love with them all. I can't express enough how very good these 4 books are.
Read more
One person found this helpful
Helpful
Report abuse

Bleu Moon
5.0 out of 5 stars If you have ever waited for someone imagine waiting 200 years...
Reviewed in the United States 🇺🇸 on October 1, 2012
Verified Purchase
I am loving this series! The characters are so easy to believe and the passage of time and how they adapt to changes is very well done. As with the first book the surroundings and people are detailed very nicely making it easy to imagine them. It pains me that these books haven't gotten the attention that they deserve. Really well thought out and written series
Read more
Helpful
Report abuse

LeighAnn Lopez
5.0 out of 5 stars I couldn't put it down
Reviewed in the United States 🇺🇸 on July 21, 2016
Verified Purchase
The book had me pulled in and I couldn't stop reading it. I found it better than the first book in the series. I love a good suspense novel and this is a great one. On to read the next book in the series.
Read more
Helpful
Report abuse
See all reviews

Kindle Customer
4.0 out of 5 stars Vampire intrigue at its best
Reviewed in the United Kingdom 🇬🇧 on July 6, 2020
Verified Purchase
There are some grammatical errors combined with some historical manipulation but in and of itself the second instalment in the series is well worth the read. I will be purchasing the next book in this series.
Read more
Report abuse

A. Parkinson
4.0 out of 5 stars Good new vampire world genre
Reviewed in the United Kingdom 🇬🇧 on October 10, 2014
Verified Purchase
Really good characters and world is created here. At times it takes a while to get into and care about the characters however once you do it's really worth it! The whole series is very rewarding
Read more
Report abuse
See all reviews
Report an issue
Does this item contain inappropriate content?
Report
Do you believe that this item violates a copyright?
Report
Does this item contain quality or formatting issues?
Report