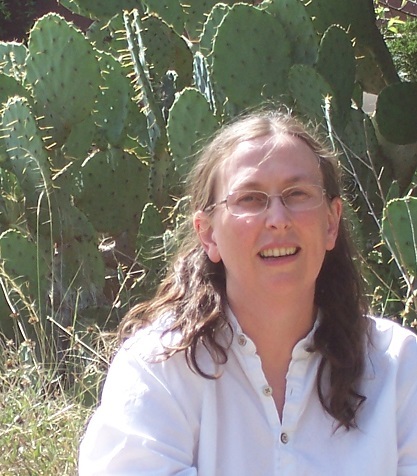 As a teen, Vanessa learned her loved of canoeing in the alligator infested bayous of the Texas Gulf Coast. Now back in her favourite place in the world, Yorkshire, she watches the River Ouse rise every winter and wonders if she needs to revive an old skill: so far she and her son have been lucky. When not writing, she juggles fighting for a decent education for her Autistic son with wrestling the Creatures of the Night, though that's not a nice thing to call her cat.

Vanessa has concentrated on her writing since becoming widowed in 2001, as being a single mother of a disabled child made it impossible to work the required shifts in NHS Biochemistry laboratories. 2006 saw her beginning her writing career proper with the publication in the US of Witch-Finder, a collection of short paranormal adventures. Since then two further collections of paranormal short stories, Hard Lessons, Shadow and Salvation and a related novel, A Date with Darkness, have also come out. 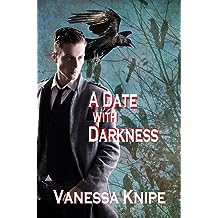 A Date with Darkness (St. Van Helsing Book 3) Jun 16, 2011
by Vanessa Knipe
$3.99
It seemed like a brilliant plan. To entertain her young son on his spring break week, and to get back into the dating world, youthful widow Sally Cartwright advertises on a dating site, requesting that the dates put together an outing entertaining both to her and to Timmy. She never dreams that her ad will look like an invitation to every werewolf, vampire, ancient god or demonic force in England. Unfortunately, because Timmy was saved by his father's sacrifice, the dark forces see in him the potential for incredible power.

Because she advertised herself, the Church of England's militant wing, the Theological College of St. Van Helsing, can do nothing--there are rules that govern the behavior of both dark and light. Mike Rider, though, is prepared to break the rules. Sally was his first love and he still cares for her. Unfortunately for him, Sally still hurts from their breakup and wants nothing to do with him.

As the dark forces close in, though, Sally and Mike are forced to work together to save their own lives and those of Timmy, Sally's son.

Author Vanessa Knipe continues her stories out of the St. Van Helsing Theological College with an exciting and emotional tale of a young mother trying to save her son from forces beyond her imagination. Her past history with Mike gives the story added emotional impact and Knipe's fully envisioned world of England and its magical forces grabbed my attention and wouldn't let go.
Read more
Other Formats: Paperback 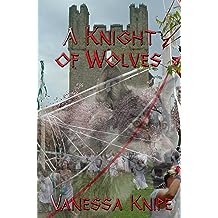 A Knight of Wolves (A St. Van Helsing Novel Book 5) Jul 6, 2016
by Vanessa Knipe
$3.99
The Luck demon has grown impatient. People of Helmsley have forgotten it, forgotten the ceremonies that gave it strength, forgotten that this is the thirteenth generation, the time when the demon itself can materialize on Earth. Now, the demon stirs, brings disasters: drought, disease, fire, even a plague of rats. At the same time, it leads the local residents to rediscover old archives that describe the ancient festival that will bring luck to the village.

Teen James Collier doesn’t want to believe in magic, but there’s something off about the whole Luck festival his village seems intent on holding, with his sister as a star attraction. When he spots the man identified as a witch-hunting hero in an occult website, James sets off to get help. He wants to hear that he’s imagining things. If not that, he wants to hand off the responsibility of battling a demon to someone who has trained for the job.

Unfortunately for James, the demon is very real. Even more unfortunately, the ‘hero’ he’s identified has a major flaw. Once, Sir Nathan Trewithick was a leader for the Church of England’s ‘witch-finders.’ Once, he stood for the innocent and battled the witches and demons that threaten to overrun all England. In one of those battles, though, Nathan stepped too near the fire. Now, he is possessed by a Wolf-demon and is gradually losing himself in what he has always fought. What James brings home might be more dangerous to himself and his family than the Luck demon itself.

Author Vanessa Knipe creates an exciting world with her St. Van Helsing series. Here, she looks at the witch-finders from the perspective of an outsider--a teenage boy who’s already grappling with his own problems. For me, this added emotional depth. The damaged figure of Nathan Trewithick gains extra power when seen from James’s perspective.

A KNIGHT OF WOLVES combines sympathetic characters with a fun and intriguing take on the traditional story elements of vampires, demons and witches. I love the back story of the Church of England standing against the forces of darkness… and Nathan’s casual reminder that the definition of evil can depend on the perspective of the viewer. 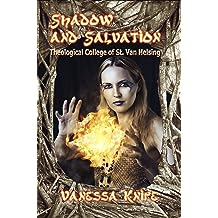 Shadow and Salvation: Faculty and Students of St. Van Helsing Theological Academy Jul 11, 2014
by Vanessa Knipe
$3.99
Monsters Everywhere! The Staff and Students of the Theological College of St. Van Helsing are run ragged keeping ordinary humans ignorant of the creatures that want to destroy civilization. And the creatures seduce black witches and sorcerers to join their side in the never-ending war.

Tough luck if you want to help the College and you're not male or the right social background: too many who would be allies are driven to seeking magic from the enemies of the College.

Author Vanessa Knipe continues her exploration of the St. Van Helsing universe with exciting fantasy that simultaneously looks deeply into the tortured minds of those who must fight evil... and often themselves.
Read more
Other Formats: Paperback 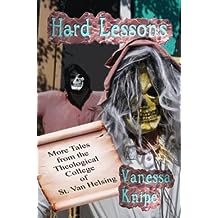 Hard Lessons: More Tales from the Theological College of St. Van Helsing Jan 15, 2010
by Vanessa Knipe
( 1 )
$3.99
The old gods may have been pushed into the darkness, but they still survive and still hunger. To battle them, the Church of England established the 'Theological School of St. Van Helsing.' Students and faculty face animated scarecrows, a river nymph now haunting a washing machine, a ghost in a fountain, and the haunting fog on a mountainside. While St. Van Helsing takes center stage, there's a definite flaw in the makeup. Women are excluded from the St. Van Helsing program. So, what is a young woman with talent to do? Author Vanessa Knipe writes exciting fantasy, with just a touch of tongue-in-cheek humor.
Read more
Other Formats: Paperback 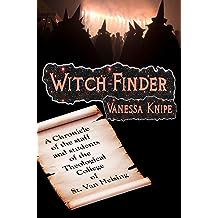 Witch-Finder: A Chronicle of the Staff and Students of The Theological College of St. Van Helsing Dec 26, 2008
by Vanessa Knipe
( 2 )
$3.99
Demonic elementals, vampires, krakens, werewolves, and other monsters aren't as mythical as many of us believe. They roam the English countryside, playing their games, fighting their wars, and claiming the souls of many humans. Although many deny their existance, the Church of England is not among the doubters. A special branch of the Church, headquartered at the College of St. Van Helsing, battles demons and attempts to save fallen humans before their souls are devoured. Author Vanessa Knipe spins us stories of the faculty and students of St. Van Helsing--of their successes and failures in this eternal battle.
Read more
Other Formats: Paperback