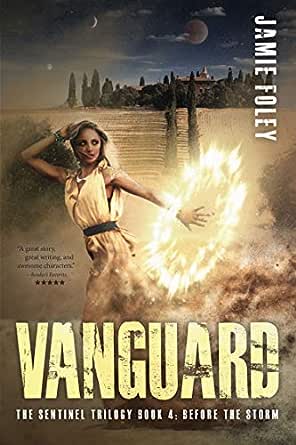 You've subscribed to The Sentinel Trilogy! We will preorder your items within 24 hours of when they become available. When new books are released, we'll charge your default payment method for the lowest price available during the pre-order period.
Update your device or payment method, cancel individual pre-orders or your subscription at
Your Memberships & Subscriptions
There was an error. We were unable to process your subscription due to an error. Please refresh and try again. 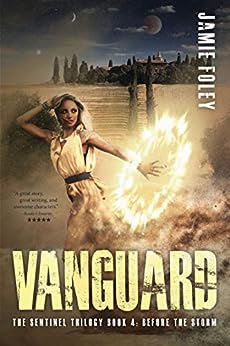 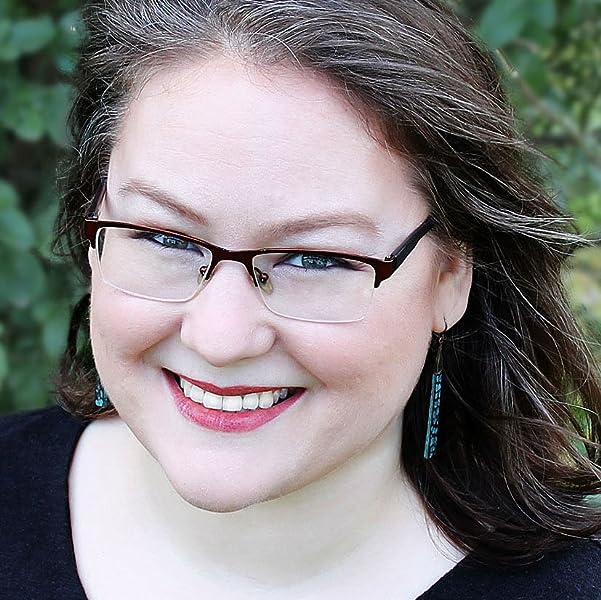 Vanguard: Before the Storm (The Sentinel Trilogy Book 4) Kindle Edition 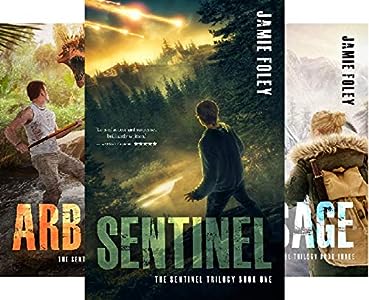 "Fans of young adult fantasy will be thrilled with this story. It reads fast and the writing is awesome. It's clean... Foley also demonstrates wonderful storytelling skills, creating a gripping plot that gets the reader engaged throughout the action. A great story, great writing, and awesome characters." -- Reader's Favorite, 5-star review

YA fantasy author Jamie Foley loves strategy games, home-grown berries, and Texas winters. She's terrified of plot holes and red wasps. Her husband is her manly cowboy astronaut muse. They live between Austin, TX and their family cattle ranch, where their hyperactive spawnling and wolfpack can run free. --This text refers to the paperback edition.

Book MavenTop Contributor: Pets
5.0 out of 5 stars Fantastic Prequel!
Reviewed in the United States on December 3, 2016
Verified Purchase
The author has outdone herself! Viper is a fun read you won't want to put down. It is full of action and suspense. The pacing is excellent, the plot is interesting, the descriptions take you there, and the glimpse into the lives of Jet and Sorvashti are great! The different languages and struggles with them add a dimension of reality to the characters as they communicate with one another.

I had read the Sentinel Trilogy previously and enjoyed it very much. This book develops Jet's and Sorvashti's characters and fills in the relationship between them, giving greater understanding for the trilogy. It makes me want to reread the entire set, knowing I will have more understanding.

I will be watching for Foley's new books.

Sara E. James
4.0 out of 5 stars Solid Addition to the Series
Reviewed in the United States on June 16, 2017
Verified Purchase
Having read Sentinel, which mentions the prior acquaintance of Sorva and Jet, I was eager to read their origin story. This shorter book gives more insight into the cultures of the planet. I liked having a fast read that was a satisfying story arc. I still think that their relationship needs to be explored more, as I didn't feel the events in this story quite brought their bond to the point it was at in Sentinel. So I hope there is more to come, to be revealed through another prequel or maybe in flashback in the next book. I think Arbiter is the next one and I'm looking forward to reading it.
Read more
One person found this helpful
Helpful
Comment Report abuse

Kindle Customer
5.0 out of 5 stars This is how it all started
Reviewed in the United States on November 28, 2018
Verified Purchase
I know this is the Prequel but I actually read this story after reading 'The Sentinel Trilogy'. And I Loved it. This is the story of how Jet and Sorva met. I'm glad I read them in that order or I think I wouldn't have understood Jet as well. In the trilogy he's stuffy and unemotional, but you get to see the real Jet in this story. It also helped explain a few things that weren't fully explained in the trilogy.
I'd recommend this book, series actually to anyone who loved action, romance and a few very cool supernaturals.
Read more
Helpful
Comment Report abuse

Angela castillo
5.0 out of 5 stars Fun ride from page one
Reviewed in the United States on July 11, 2017
Verified Purchase
I was really happy Foley decided to write this prequel from the point of view of my two favorite characters from Sentinal: Jet and Sorvashti. The world building is brilliant and allows the reader to explore each part with wide eyes. The characters leap from the pages and beckon for readers to follow. Well written and unforgettable.
Read more
Helpful
Comment Report abuse

Deborah O'Carroll
VINE VOICE
4.0 out of 5 stars Gripping modern-fantasy/military-thriller
Reviewed in the United States on May 10, 2017
A little different than the main series books of the Sentinel Trilogy, Viper is set years before Sentinel, and therefore pre-apocalypse... which means society hasn’t collapsed yet, and it reads very much like a contemporary thriller, with a dash of fantasy powers and military strike team and hostage situations. Just... y’know... in another world. ;)

It was VERY thrilling and intense and suspenseful! Not what I usually read, but I was definitely super absorbed and worried. :P As a novella, it was also a quick read. There were a few typos, I had trouble keeping Copperhead and Moccasin (two of Jet’s Viper strike team) straight, plus it’s short, and generally not entirely my usual reading cup of tea, hence 4 stars; but I did really enjoy it and it was engaging, well-written, and super intense!

Also Jet is awesome. I found him to be even more awesome in the next book, meeting him from an outside perspective, so I didn’t realize when I read this just how cool he was... so in a way I didn’t appreciate that, but now I do. :P Now that I’ve read Sentinel, I actually want to read this again as backstory-on-my-favorite-character. XD

Jet and Sorvashti are great together, especially with her way of speaking since she doesn’t know his language well, and he doesn't know hers—loved that! Language-barrier things are so fun. It was hilarious and adorable. ^_^ It’s told in their alternating POVs, which was really interesting. I enjoyed both of their perspectives.

Like I said, it’s a prequel, and I read it first, instead of starting with book 1. This was an interesting introduction to the world/cultures/characters of the series, so I enjoyed having some background on everything. But it would also be awesome to read as backstory once already familiar with the way things are introduced in Sentinel. So... I can’t decide which is better. :P Probably don’t do it like I do, and instead start with Sentinel. (But you can read either first.)

Definitely an overall enjoyable, quick read which got me hooked on the series and world and characters, and left me eager to read more! :)

(I was given a copy of this novella by the author; I was not required to write a review; these opinions are my own.)
Read more
One person found this helpful
Helpful
Comment Report abuse

surrat
5.0 out of 5 stars Fantastic lead-in for a fantastic series!
Reviewed in the United States on January 6, 2017
True to her style, Jamie Foley's writing is captivating--in both technique and plot! Once again we are pulled into a world ruled by Aethryn as we travel through the fantasy lands Valinor, Illyria and Kioa. Familiar characters Jet and Sorvashti return--or in this case, appear for the first time, since this is actually a prequel to the other stories. We learn about their background and struggles they experienced that laid the path for future decisions made in the following novels.

Personally, Jet is my favorite character of the series, so it was with great joy that I found him at the center of the story! It was great to experience things from his perspective--and maybe before a little of his sarcastic negativity had settled in. And Sorvashti's strength and wisdom is awesome to see alongside the normally dominant male lead. Way to go Sorv!

Overall, this story was fantastic and compliments the remaining series perfectly. Definitely check out Sentinel if you haven't had the chance yet!
Read more
2 people found this helpful
Helpful
Comment Report abuse
See all reviews