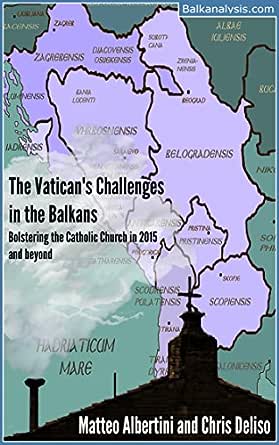 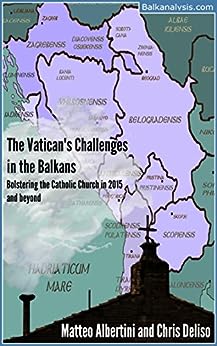 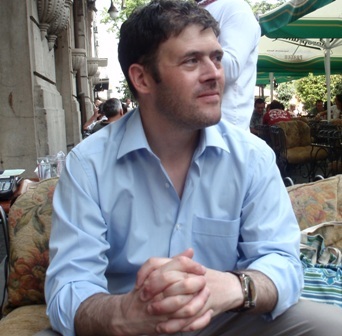 The Vatican’s Challenges in the Balkans: Bolstering the Catholic Church in 2015 and Beyond Kindle Edition

Jerry G
4.0 out of 5 stars Interesting look at the current complexities of the Western Balkans
Reviewed in the United States on April 18, 2015
A detailed and comprehensive look at the Catholic Church on the front lines of international crime and terrorism in the Balkans. Highlights the new emphasis of the Church under Pope Francis on "a strategic attack on the ideological foundations" of fundamentalist terror in the name of God and religion. The book places the Pope's stand on Armenia and genocide in a broader context tied to the efforts to strengthen the Church -- and counter the threat against Christian communities -- in the former Ottoman lands. Along the way, the authors examine German, Turkish and other outside influences in the Balkans (including China). They pay particular attention to the internal and external factors at play in Kosovo and Macedonia. Finally, they tie things together by exploring the overlapping approaches of the Catholic Church and the EU to the "Eastern Adriatic."
Read more
2 people found this helpful
Helpful
Report abuse

Patrick M.
4.0 out of 5 stars A window into the Vatican's role as a state power
Reviewed in the United States on April 20, 2015
In “The Vatican’s Challenges in the Balkans: Bolstering the Catholic Church in 2015 and beyond”, veteran researchers Matteo Albertini and Chris Deliso explore the Vatican’s strategic and diplomatic efforts to maintain its influence in an ideologically complex region that it believes to be existential to the future of Catholicism in Europe. Capitalizing on a combination of experienced diplomatic, security, and intelligence assets, its vast financial resources, and the vision of its popular pontiff Pope Francis, the Vatican has drawn a symbolic line in the sand, laying claim to the Balkan states. Albertini and Deliso’s insightful analysis is a window into the often forgotten subject of the Vatican as a state power, one that still wields considerable influence across a broad spectrum of global events.
Read more
2 people found this helpful
Helpful
Report abuse
See all reviews

J. M. Pettifer
5.0 out of 5 stars Vaticana
Reviewed in the United Kingdom on February 22, 2015
Verified Purchase
A unique guide written without discernable bias to the current politics and outlook of the Vatican in a key area of Italy's 'Near Abroad'. Full of solidly researched and sourced interesting information that is not widely known, even to specialists
Read more
One person found this helpful
Report abuse
See all reviews