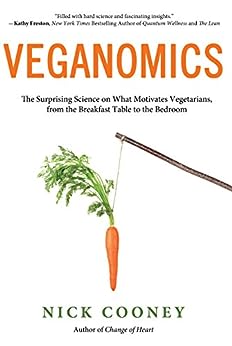 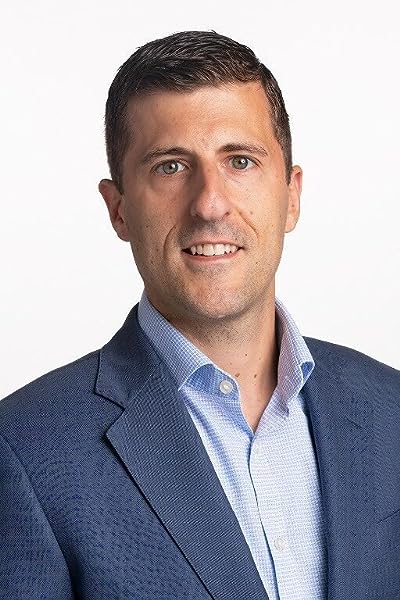 Veganomics: The Surprising Science on What Motivates Vegetarians, from the Breakfast Table to the Bedroom Kindle Edition

Cooney's book is filled with hard science and fascinating insights, but most of all it builds a firm foundation from which the vegan movement can chart its course. --Kathy Freston, New York Times Bestselling Author of The Lean

Veganomics offers a fascinating look at the rise of vegetarianism, as well as intriguing insight into the hearts and minds of the compassionate people who choose to leave meat off their plates. You will be captivated and informed, but most importantly, inspired. --Nathan Runkle, Executive Director, Mercy For Animals

When it comes to animal protection work, it's not enough just to be right: animals need us to be both right and effective. Nick Cooney's combed through the scientific literature on what's effective (and what's not) so you don't have to. For the sake of animals, read it now! --Paul Shapiro, Vice President of Farm Animal Protection, HSUS --This text refers to an alternate kindle_edition edition.

Nick Cooney serves as director of education for Mercy For Animals, spearheading the organization's vegan advocacy efforts, including its online, television, and other national and international advertising campaigns. A graduate of Hofstra University, Nick is the author of Change Of Heart: What Psychology Can Teach Us About Spreading Social Change (Lantern, 2011) and Veganomics: The Surprising Science on What Motivates Vegetarians, from the Breakfast Table to the Bedroom (Lantern, 2014). He has lectured across the U.S. and Europe on effective animal advocacy, and his work for farmed animals has been featured by hundreds of media outlets, including Time magazine, The Wall Street Journal, and National Public Radio. --This text refers to an alternate kindle_edition edition.

SheReads
4.0 out of 5 stars Well worth reading!
Reviewed in the United States on June 14, 2016
Verified Purchase
I didn't like Cooney's first book. It actually made me want to give up activism, which I had done for years. But this one I ended up liking. It has a lot of good information and I think every vegetarian and vegan should check it out! It's also helpful for those who may be marketing a product to a veg audience, so that they have a better understanding of the research info that is out there. The vegan police should especially put this book on their list.
Read more
One person found this helpful
Helpful
Report abuse

anonymous
5.0 out of 5 stars Great resource
Reviewed in the United States on January 11, 2014
Verified Purchase
Veganomics is an excellent resource. Nick Cooney has done his research, compiling data regarding who goes vegetarian, vegan, or semi-vegetarian, why they do so, and how to target certain groups to be a more effective advocate. I took several important things from this book, including that semi-vegetarians save more animal lives than vegetarians/vegans (because there are more of them). This alone will help me to be more patient with people who are considering decreasing animal product consumption, even if they're not yet ready to give them up 100%.

Cliff Bernstein
5.0 out of 5 stars Interesting perspective
Reviewed in the United States on July 2, 2016
Verified Purchase
It's a somewhat tough message to take for a vegan who is only really motivated by animal suffering concerns, but embracing a logical and strategic approach to reducing as much of that suffering as possible sometimes requires accepting what heretofore could be seen as a compromise. It is difficult to accept the incrementalist meat reducer as a legitimate immediate goal, but from the perspective of the farm animal it probably should be--or so Cooney compiles the data to suggest. My personal jury is still out due to the same reservations I have about animal welfarism. But this is an important work and an essential part of the vegan advocacy canon.
Read more
2 people found this helpful
Helpful
Report abuse

Sabrina Sixta
4.0 out of 5 stars Fun read
Reviewed in the United States on February 8, 2015
Verified Purchase
This book is well researched and explains some of the methodology behind the statistics, which is very important when stating off numbers. Even though it was good in these respects, if was not deep and did not introduce new ideas. It was mainly a book on facts. However, I think it is very important to read if your trying to get people to become vegan and to focus your attention on certain demographics. It might also be interesting if you like reading about the demographics of people that have made the same decisions as oneself. There is nothing gory or disturbing in it.
Read more
2 people found this helpful
Helpful
Report abuse

Plumshower
4.0 out of 5 stars Informative and logic-based
Reviewed in the United States on April 10, 2015
Verified Purchase
Really interesting, if a little data heavy. It definitely inspired me to recommit to being vegetarian and the fact th as the it's better to eat red meat than chicken seems counterintuitive but makes complete sense when you think about it. I was thinking about starting by giving up red meat but after reading this I'll be cutting out chicken first.
Read more
One person found this helpful
Helpful
Report abuse

Chandra
3.0 out of 5 stars Mixed.
Reviewed in the United States on September 20, 2014
Verified Purchase
Gosh, I found the first 3/4 rather discouraging. 75% recidivism rate for vegetarians? Yikes! I also don't agree with the statement that vegetarians cause slightly more harm to animals than vegans. Egg laying hens and dairy cows are horrifically abused and vegetarians support that.

The last 1/4 of the book was better when it gave advice about effective advocacy.
Read more
6 people found this helpful
Helpful
Report abuse

B Mosbey
5.0 out of 5 stars Highly recommend
Reviewed in the United States on April 25, 2014
Verified Purchase
I thought this was a fantastic book. It takes a look at the numbers of lifestyles. It shows you what direction you should be going in if you are aiming to influence others to harm less animals and even the best ways to go about doing it. I found it so interesting, and definitely think others should read it!
Read more
3 people found this helpful
Helpful
Report abuse

connie waczkowski
2.0 out of 5 stars Interesting facts/too repetitous.
Reviewed in the United States on January 4, 2014
Verified Purchase
Too repititious. This book had some interesting facts but it could have been reduced to 1/3 the size if all the repetitious info had been scaled back.
Read more
6 people found this helpful
Helpful
Report abuse
See all reviews

Johnny Blue
1.0 out of 5 stars Beware - this book is premised on a dangerous falsehood. And I am a vegan doctor.
Reviewed in the United Kingdom on May 21, 2021
Verified Purchase
This is a dangerous book because its central premise is a lie. As a doctor, medical researcher, and vegan I am passionate about getting others to adopt a plant-based diet. But I will not resort to lying and would urge others not to follow Nick Cooney’s advice.

According to Cooney, a far greater reduction in animal suffering and death results from efforts directed towards reducing meat consumption rather than concentrating solely on persuading other to become vegetarian or vegan. I have no problem thus far, though Tobias Leenaert’s “How to Create a Vegan World: A Pragmatic Approach” is infinitely better in pursuing this approach. Cooney states that a typical meat eater is responsible for the death of one eighth of a cow and 28 chickens each year. He further states that individuals are more likely to reduce meat consumption on health grounds than for animal welfare reasons. (I dispute his belief that environmental reasons are hardly ever a reason other than amongst the young). It is an inconvenient fact that, short of eliminating milk and dairy completely, the health of meat eaters can be significantly improved by reducing their consumption of red meat (especially beef) and processed meat (e.g. sausages and bacon). This is standard and correct medical advice. But those who are receptive to reducing beef consumption on health grounds will tend to eat more chicken instead. Environmentally, this is good for the planet as cows are responsible for 14% of all greenhouse gasses (more than all transport combined) – but it is bad for animal welfare. By substituting chicken for beef, health is improved but the number of chickens that lead miserable short lives as a consequence far exceeds the number of cows’ lives saved.

Cooney recommends that we avoid any discussion on the health benefits of reducing beef intake and concentrate entirely on dangers from eating chickens which, he states, are elevated risk of breast and other cancers. This is the big lie. In the entire book, which tediously repeats this message time and time again, only three lines address these claimed health consequences of eating chicken. And, despite the book being otherwise well referenced, no reference is given to support his claim. The uncomfortable fact is that there is no substantive evidence that eating chicken causes cancer or other health problems. Similarly, eating eggs in moderation (other than in cases of hypercholesterolaemia) is not a health risk.

The title of the book borrows from Freakonomics (and others like Soccernomics) that give fascinating little-known statistics. But the book reveals little of interest about vegetarians and vegans beyond the obvious that they are more likely to be young, female and left-leaning politically. Despite the title, there is nothing about their bedroom proclivities.

Personally, I still recommend Peter Singer’s “Animal Liberation” as the best text on vegetarianism/veganism. I had only to read the first chapter before going vegetarian and became fully vegan soon after.
Read more
Report abuse

Fizz
5.0 out of 5 stars Excellent
Reviewed in the United Kingdom on December 3, 2013
Verified Purchase
This unpeels the lid on vegans and vegetarians, what motivates us and why we do what we do. There are loads of research references but the author isn't being prescriptive or dogmatic on his views. There's plenty of food for thought and valuable lessons for vegans and vegetarians to campaign in a smarter and more effective way. Everyone I know who has read this has found it inspirational and enlightening.
Read more
6 people found this helpful
Report abuse

Alex Greenwood
5.0 out of 5 stars Must have book for animal advocates
Reviewed in Canada on December 16, 2013
Verified Purchase
This book is essential reading for anyone who wants to be the most effective animal advocate they can possibly be.
Read more
One person found this helpful
Report abuse
See all reviews