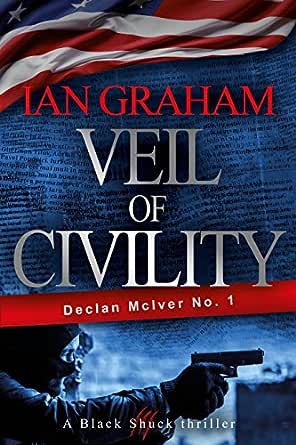 You've subscribed to Black Shuck thriller! We will preorder your items within 24 hours of when they become available. When new books are released, we'll charge your default payment method for the lowest price available during the pre-order period.
Update your device or payment method, cancel individual pre-orders or your subscription at
Your Memberships & Subscriptions
There was an error. We were unable to process your subscription due to an error. Please refresh and try again. 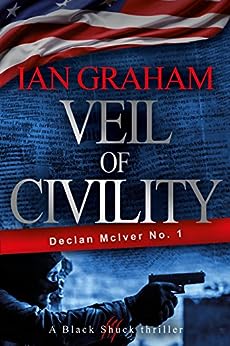 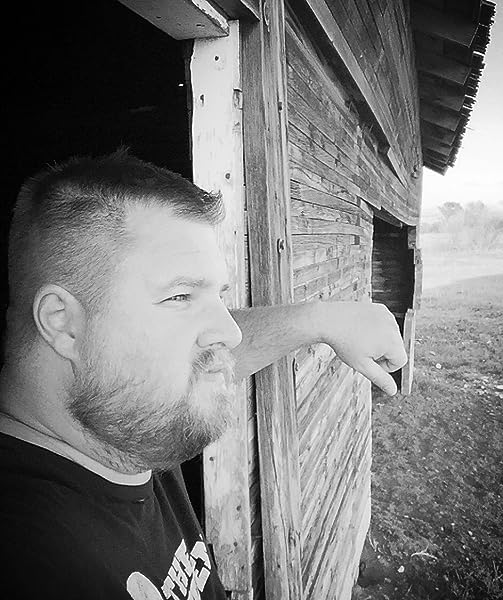 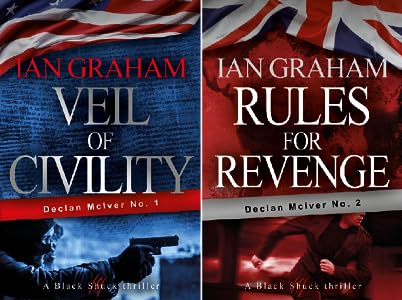 An e-thriller.com THRILLER OF THE MONTH! (September 2013)

"A MUST READ for all those who like thrillers with the added X-factor!" ~ Paul @ E-Thriller (e-thriller.com)

"Veil of Civility is a non-stop action ride that grabs the reader, not letting go. Declan McIver is up there with Gabriel Allon and Mitch Rapp as a prime examples of the political thriller genre!" ~ Tammy @ Rabid Readers (rabidreaders.com)

"The plotting is sumptuous as Graham weaves a trail of deceit and duplicity to drive the novel forward with a steadily increasing pace. 'Veil of Civility' is cleverly thought out and utterly plausible." ~ Graham @ Crimesquad (crimesquad.com)

"If you love stories with a mix of history and conspiracy, you definitely want to read Veil of Civility!"  ~ Ellen @ In Our Spare Time (in-our-spare-time.com)

Ian Graham is a lifelong entrepreneur with an interest in politics, history, and religion. The stories and characters he writes about are centered on the explosive conflicts created when the three intersect. His writing has previously appeared in Action Pulse Pounding Tales Vol. 1 & 2 alongside best-selling thriller authors Matt Hilton, Stephen Leather, Adrian Magson, and Zoe Sharpe. He lives in the eastern United States with his wife and two daughters and shares a birthday with the United States of America.

4.5 out of 5 stars
4.5 out of 5
179 customer ratings
How does Amazon calculate star ratings?
Amazon calculates a product’s star ratings based on a machine learned model instead of a raw data average. The model takes into account factors including the age of a rating, whether the ratings are from verified purchasers, and factors that establish reviewer trustworthiness.
Top Reviews

George Edward Brown
4.0 out of 5 stars Fast moving thriller
Reviewed in the United States on February 14, 2019
Verified Purchase
I especially liked the inclusion, in a positive manner, of Liberty University in Lynchburg, VA and a right-of-center outlook of the characters, though fictional.
Most of today's writers are leftish, female and their plots regretably, mundane, generic and predictable. I no longer subscribe to them, choosing instead to research novels that are interesting, gender neutral and avoid cursing throughout. In fact, when I read such drivel early on, I discard any possible interest. Great writers do not need curse words to be successful.
Rarely does Grishim, Forsyth, Flemming, Follett, Hardy, Wilde need gutter language to interest the public in their works.

Joe Walsh
5.0 out of 5 stars One Terrific Thriller!
Reviewed in the United States on October 17, 2014
Verified Purchase
Declan McIver, a retired IRA operative is now a successful businessman in rural Virginia, and happily to an American. He is asked to attend a speech for an old friend who is retired from the Mossad at Liberty U. A Chechen terrorist (recently surreptitiously released from a Russian prison) sets off a car bomb at the speech killing hundreds, Declan's friend temporarily escapes, but is later killed. Declan witnesses the killing of his friend and is questioned by a suspicious FBI agent.who becomes suspicious of Declan's past. That agent and a U.S. Senator have a hand in the conspiracy and use Declan's questionable history to frame him not only for the murder of his friend but numerous subsequent murder. Declan then becomes the subject of an international manhunt. With the assistance of a couple of his former IRA associates and from the Mossad,as well as from a former enemy, Declan works to clear his name and to prevent a Beslan-style attack on American soil . The story is fast-paced, Declan is a compelling and sympathetic characters. Looking forward to reading the next in the series.
Read more
2 people found this helpful
Helpful
Comment Report abuse

Rickles
5.0 out of 5 stars Exciting, Rapid Pace, Very Engaging, Page Turner
Reviewed in the United States on January 19, 2019
Verified Purchase
Declan McIver is trying to live a normal life in suburbia with his wife and run his business. Declan is accused of terrorism. Declan attempts to find the real culprits and clear his name. It's not going to be an easy task, government officials are involved. The writing is excellent and the tension is palpable. The mistakes are few. The characters are real and evoke the reader's emotions. This book will keep you up all night. I really enjoyed this book. I will definitely be looking for more Declan McIver books.
Read more
Helpful
Comment Report abuse

Patricia Wilson
5.0 out of 5 stars The best of Ian Graham with more to come
Reviewed in the United States on June 23, 2015
Verified Purchase
Terrorism on American soil and a former Irish Republic operative trying to stop the terrorists. A Chechen with a vendetta is causing death and destruction while Declan McIver is in the crosshairs of the FBI as the suspected perpetrator of the violence. Realizing that someone higher up in the government is making it possible for the Chechens to operate in America, McIver is on the run while trying to get the evidence needed to bring down those who are really responsible. Spirited out of the country by an old friend, he then finds that the one calling the shots that reach all the way to the British Isles.
This is the third book in Ian Graham's Black Shuck series, and the best, so far.
A black ops, political thriller packed with non-stop action, for those who enjoy this genre, I highly recommend this book. I am looking forward to more Black Shuck from Mr. Graham.

CD Chaffin
4.0 out of 5 stars A violent past returns...with benefits
Reviewed in the United States on August 26, 2015
Verified Purchase
A veil thinly covers the violent past of an Irish birthright and decades of work to keep it in the past. But political greed and self preservation push Maclan McIver to call on old skills and new values to fight, taking it to the power players of high government on both sides of the Atlantic.

Graham weds the history of Irish-British conflict, international allies and enemies and the American Dream into a thriller packed with action, desperation, hope and the eternal bonds of those who have fought beside each other in war.

It's a four-star, won't-want-to-put-it-down adventure.

Jeff Benham
5.0 out of 5 stars If you like thrillers, this one has the Russians
Reviewed in the United States on October 21, 2014
Verified Purchase
As I said on a FB post, Wow, just wow!

If you like thrillers, this one has the Russians, it has Mossad, it has MI5, the CIA and the FBI, and it has Declan McIver one of the few remaining members of Black Shuck. Declan is a happily married man who had been specially trained by the Russians in years past. An old friend shows up, needing his help and ends up assassinated. That was a bit upsetting as Abe was Mossad. I was hoping for more input from the two agents that had accompanied him, but they came through in the end. The plot line was incredible. The low level bad guys were easily determined and we did not have to guess. At the highest level, though, we are given little information and can only hope that the next Declan McIver is in the works!

Bookworm
5.0 out of 5 stars I thoroughly enjoyed this novel
Reviewed in the United States on August 2, 2015
Verified Purchase
I thoroughly enjoyed this novel. The story kept me in suspense from the very beginning. There were so many unexpected events that kept you wondering what was going to happen next. I usually allow about 30 mins. at bedtime to read & it was difficult to comply with this routine. The author brought out the suspense and corruption without resorting to coarse language or explicit sexual content to hold the reader's attention. I look forward to reading more of this author's work and greatly appreciate his dedication to civility.
Read more
2 people found this helpful
Helpful
Comment Report abuse

Read the short book Sins of Omission first for a little back story on his time with the IRA. Then get Honorable Deeds, another novella, before reading Veil of Civility because it is directly related to some of the bad guys Declan takes on here.

I will be getting Rules for Revenge soon.
Read more
One person found this helpful
Helpful
Comment Report abuse
See all reviews from the United States

Kindle Customer
4.0 out of 5 stars a must read book
Reviewed in the United Kingdom on October 23, 2013
Verified Purchase
Breathless, engaging but determined! A rollicking good read with pace and pathos mixed well; characters well drawn and supported with all the zinging tension you could handle.
Read more
One person found this helpful
Helpful
Sending feedback...
Thank you for your feedback.
Sorry, we failed to record your vote. Please try again
Report abuse