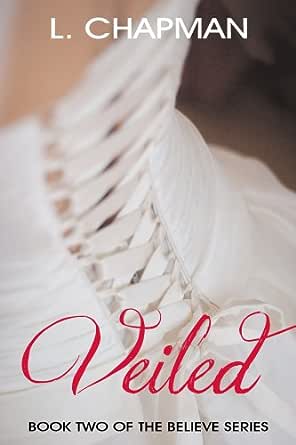 You've subscribed to Believe Series! We will preorder your items within 24 hours of when they become available. When new books are released, we'll charge your default payment method for the lowest price available during the pre-order period.
Update your device or payment method, cancel individual pre-orders or your subscription at
Your Memberships & Subscriptions
There was an error. We were unable to process your subscription due to an error. Please refresh and try again. 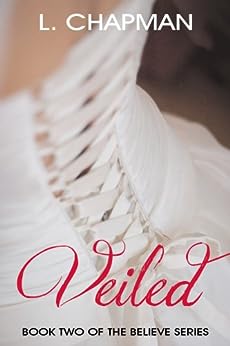 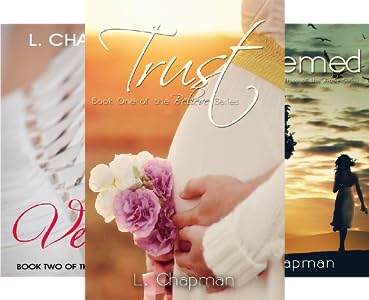 4.3 out of 5 stars
4.3 out of 5
39 customer ratings
How does Amazon calculate star ratings?
Amazon calculates a product’s star ratings based on a machine learned model instead of a raw data average. The model takes into account factors including the age of a rating, whether the ratings are from verified purchasers, and factors that establish reviewer trustworthiness.
Top reviews

Kindle Customer
5.0 out of 5 stars A really great read!!!!
Reviewed in the United States on October 12, 2013
Verified Purchase
I fell in love with L. Chapman's writing in 'Trust' book 1 of the Believe Series, and I have to say that this follow up blew me away.

You think you know how this story is going to play out but as you read it, L. Chapman slaps you in the face and says 'think again sweetheart'.
Never did I expect Jenny's story to unravel the way it did.

Of course, we met Jenny in book 1 and I liked her character than, but when we get to see some much more of her in Veiled, I now realise I love her to bits. With her wedding day only a month away, we experience so many things with Jenny and of course her best friend Megan. Her hen's night which was excellent, the distance Rich is creating between them and his reason and resulting consequences for the distance, the meeting of a new delicious man and unexpected surprises as well.

The friendship between Jenny and Megan is one that I think a lot of woman would envy, they are each others constant and they support each other no matter what. Megan's boyfriend Mark also appears in the story
again and every reason I fell for him in book 1 is still apparent in this book.

The twist for Rich was something I was completely shocked with and his actions towards Jenny broke my heart, I don't think I have ever read a character that changes so completely.

But enter Warren James in all his beautiful glory and Jenny's story gets VERY interesting. He handles everything thrown at him with such understanding and support for Jenny that you can help but swoon and wish he was yours.

I will openly admit that at the end of the book I contacted L. Chapman because I thought my kindle was playing up and I didn't get all of the story....
There is no way the story could possibly end like that....
When she got back to me it took everything in me not to throw myself on the floor kicking and screaming 'Noooooooooooo'. You are killing me L. Chapman by leaving it like that and making me wait for more :)

Seriously though, L. Chapman truly made this story hard to put down and it ended wayyyyy to quickly from my liking. I love these characters and I will wait VERY IMPATIENTLY for book 3 to be released,
because I HAVE to see where their lives are heading and find out all the unanswered questions this book left in it's wake.

Veiled has cemented the fact that I will without a doubt read absolutely anything that this author writes. It was a brilliant, exciting, surprising and an all round wonderful read.

I absolutely recommend that you read The Believe Series by L. Chapman, you wont be disappointed :)
Read more
One person found this helpful
Helpful
Comment Report abuse

KimShaw1106
5.0 out of 5 stars WHAT A TWIST!!
Reviewed in the United States on June 23, 2014
Verified Purchase
HOLY SMOKES!!! 5 Star PLUS!! I loved this book over book 1. I love book 1 don't get me wrong but what L. Chapman did with Jen's story was totally amazing. Book 1 we meet Jen who was engaged to Rich and Jen was best friends with Megan. Well This book is all about Jen and Rich and their wedding? Yes Megan is a best friend everyone would want and is there for Jen no matter what. L Chapman you put so many twists in this story that I love. I highly recommend the Believe Series. L.Chapman this series is getting better and better. A page turner this one was. Especially when it took me about 1 hour to 1 1/2 hours to read cause it was THAT DAMN GOOD!!!! LOVE IT!!
Read more
Helpful
Comment Report abuse

nangiaccaglia
4.0 out of 5 stars I liked the first better
Reviewed in the United States on July 15, 2016
Verified Purchase
The reading was ok. I liked the first better. Though I'm relived things turn out much better than the beginning of the novel.. it was a easy read, some mistakes along the way. and at times hard to follow, but since the story line was not complicated you get through it pretty well.
Read more
Helpful
Comment Report abuse

Terry T
5.0 out of 5 stars Love it!!!
Reviewed in the United States on October 6, 2013
Verified Purchase
Amazing! I hated to see the book end! This was a page turner for me and I couldn't wait to find out what happened. I am sad it is over.
Read more
Helpful
Comment Report abuse

Heavenly Good Books
4.0 out of 5 stars This series were my first books by Ms Chapman and although I did enjoyed the concept of the books
Reviewed in the United States on May 2, 2015
I have received an ARC copy of all book from the author in exchange for an honest review.

This series were my first books by Ms Chapman and although I did enjoyed the concept of the books, the style of writing was not really appealing for me.

In here we meet Megan. Young woman who was hurt by her ex-boyfriend, who left her after she discovered he is married and has kids. The only thing that was left after him, and will change Megan's whole life, is the small person that will be soon born. One night she meets Mark. Handsome and never-giving up man. Straight away she feels the pull towards him. They start off as friends and quickly feelings are developed.
Although, I liked Megan, I found her a bit too naive. And Mark? In this book he was a bit way too creepy for me. The way he was scared of loosing Megan after few days of meeting her made my cringe and have shivers. Bad ones.

The book has a lot of potential and if the story was placed within months not days of developing serious feelings it would be perfect.

This story is about Megan's best friend: Jenny. She is 31 days before her wedding with her fiance, Rich. Everything is supposed to be perfect, but Rich is different. He has changed. He doesn't want cuddles, all their routines are different and also their intimate life from being spontaneous changed to quickies. Jenny is depressed because of that. And one night, when Rich is off to Vegas to "think" she meets Warren. Handsome, stubborn. A one night stand changes everything for both of them.

Again this story had so much potential, but again way TOO many things happened way too quickly. I liked Megan's and Jenny's Friendship. You can see that they are really close.

This story was sweet. It's again from POV of Megan. They are all preparing to have Christmas together at Megan's house. Everything would be perfect, but Megan's ex-boyfriend starts to send letters and messages to Lucy, Megan's daughter, saying that he will take full custody of her and they will be together. Again creepy, but this time I like this creepy as something was happening.

This book was awesome and to be honest it saved the whole series! Here we have suspense, danger and tough choices that Megan has. She is not sure what is best for her and Mark. She is put in the situation where she has to chose between him and her daughter. And despite how much she loves him, Lucy is her world. But of course there is the happy ending, but the road to it is sad and heartbreaking.

I was not sure if I would be able to finish all the books because of the style of the writing. Sometimes I found the sentences not finished or thoughts that were not really well developed. Also First 2 books were written almost like a shopping list. Pointing what has happened. But I have to admit that the writing has improved and I hope Ms Chapman will continue writing because the ideas of the books are good.

Joanna Brocklehurst-Smith
4.0 out of 5 stars sweet
Reviewed in the United Kingdom on July 21, 2015
Verified Purchase
The second in the Believe series, Megan’s best friend’s wedding is fast approaching. Secrets start to come to light the closer the date gets. Jenny learns a lot about her fiancé Rich, which she wishes she hadn’t. Megan helps Jenny pick herself up as she tries to come to terms with the changes facing her.
Another good read from L Chapman. A really sweet read, showing friendships and relationships put to the test.
Read more
Helpful
Sending feedback...
Thank you for your feedback.
Sorry, we failed to record your vote. Please try again
Report abuse

Sara jayne
5.0 out of 5 stars OMG
Reviewed in the United Kingdom on October 8, 2013
Verified Purchase
Loved the 1st book and loved this one too I can't wait for the nxt book please say there is as I like Warren
Read more
Helpful
Sending feedback...
Thank you for your feedback.
Sorry, we failed to record your vote. Please try again
Report abuse

pinktes
5.0 out of 5 stars Loved it
Reviewed in the United Kingdom on December 27, 2013
Verified Purchase
Read this book within a few hours couldn't put it down I need more can't wait to read more of ur books
Read more
Helpful
Sending feedback...
Thank you for your feedback.
Sorry, we failed to record your vote. Please try again
Report abuse

Little miss t
4.0 out of 5 stars Enjoyable
Reviewed in the United Kingdom on August 2, 2014
Verified Purchase
This b
Read more
Helpful
Sending feedback...
Thank you for your feedback.
Sorry, we failed to record your vote. Please try again
Report abuse