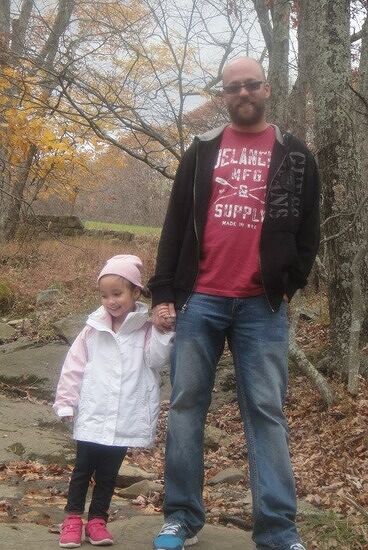 Velerion Damarke lives in SW Florida, writing fantasy, science fiction, dark fantasy, and horror inspired by traveling the world, his childhood, and his love of reading!

You may pick up details in his stories from his trips in East Asia, Australia, the woods of Canada and Northern Michigan, as well as life experiences in sword training, fishing, and beer drinking!

He also writes educational works under the name of Andrew Frinkle. 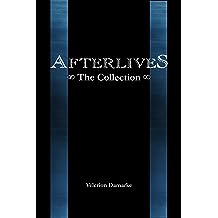 Afterlives Feb 13, 2014
by Velerion Damarke
$2.99
A series of eight episodic short stories in a setting of dark fantasy mixed with elements of horror and the occult. Gage is a man whose job it is to go collect the souls of the dead who cannot pass into the afterlife, and help them achieve their dying wishes. Unfortunately for him, these are usually desires for revenge. He is punished and dragged around to seek the ends these souls want, and only the companions he finds along the way can help him. Yet even those he exposes to great dangers, for there are many evils loose in the world.
Read more
Other Formats: Paperback 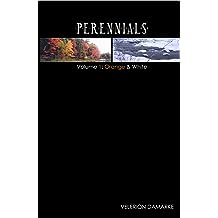 Perennials Volume 1 - Orange and White Nov 27, 2004
by Velerion Damarke
( 1 )
$0.99
A girl with a mixed heritage has to flee her home when her disgraced father's enemies learn about her druidic magic. As she flees, she gets seperated from her father, and has to make her way on her own to the city they were supposed to meet at. While she makes her journey, only her brutish guardian and the friends an enchantment helps her meet on the way can keep her out of enemy hands as they try to reclaim her.
Read more 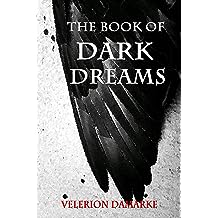 The Book of Dark Dreams Aug 7, 2014
by Velerion Damarke
$2.99
A series of 6 horror, thriller, and erotica stories in fantasy and scifi genres, these stories are filled with dark imagery, creatures, and things want to possess the unwary...

CONTENTS:
Prices We Pay: Daniel Prescot faces his mortality after falling in love with the wrong sort of woman.
A Father’s Duty: A father must avenge his daughter’s honor.
Wanderlust: A man named Adam finds himself possessed and fighting for his body and soul.
Stickman: A good deed, helping a stranger, cannot go unpunished.
A Dance in the Twilight: Woodland spirits tempt a wounded soldier named Geir.
Twenty: A deep space voyage gets strange when Emil wakes to find things not quite right… 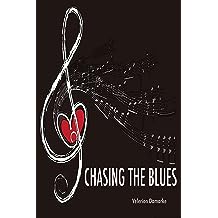 Chasing the Blues Oct 2, 2014
by Velerion Damarke
$2.99
Elle is a young girl with a wild streak. When she happens across a jazz/blues bar one night, she becomes obsessed with the piano player, a guy old enough to be her father. He wants nothing to do with her, but she sets about convincing him to give her lessons and maybe even come to love her…
Read more
Other Formats: Paperback 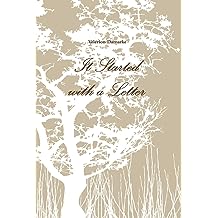 It Started With a Letter Jun 8, 2014
by Velerion Damarke
$2.99
A lonely young woman finds a letter mistakenly dropped on the street near her home. When she reads it, she's moved by the emotions expressed by the man who wrote it, and she begins to fixate on the sender. When she sends him a letter of her own after sending the letter on its way to its intended recipient, he's less than pleased about his letter being read by other than its intended, which is a woman who he intends to marry. Things get more complicated when the writer apologizes, and they begin a correspondence, which her best friend, and the writer's intended wife learn of and don't agree with.
Read more
Other Formats: Paperback 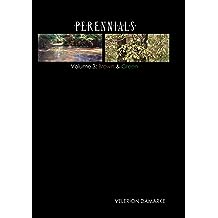 Perennials Volume 3 - Brown and Green Mar 28, 2014
by Velerion Damarke
$2.99
Anthea returns to the Broken Crown with her companions. Her return spurs Corydon into new experiments, experiments he hopes will make a living compass to find Anthea with. Illias pushes Corydon's war ever further from the shores of Maethlin, even as Iago and the Elegian Empress Sanura begin to add their contributions to the conflict. Anthea's group, aided by some surprising allies, tries to raise a force great enough to attack Maethlin, Cenalium, and Corydon at his very home. Will flowers from the different lands of the Broken Crown be enough when Anthea's enemies are so insurmountable? When greater tests are given and the group splinters, each going their own ways, can they be joined again? Are the promises of the companions and the actions of the Gods enough to guide them through to the end?
Read more 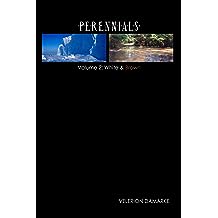 Perennials Volume 2 - White and Brown Mar 28, 2014
by Velerion Damarke
$2.99
As the Saysuhn of White deepens, Anthea finds herself in Uleaut lands. A young hunter named Tuari tries to teach them their ways, so they might survive in their harsh, frozen land. This becomes the setting for trials and doubts. Each of them questions their purpose even as the Gods give them nudges in the direction they should go. Back in the Broken Crown, Corydon battles with madness and long lost spirits. His general, Illias, begins a campaign of destruction and terror meant to bring the Kerathi to their knees. Iago, the Grand Helion's chief advisor, sits like a spider in a web of spies, trying to broaden the scope of the conflict until it engulfs the entire world. Even the Ox-Men are not still: they labor at restoring Bedros, for he is key in their plans to reshape the world once more, and the cost might be beyond what anyone could imagine.
Read more
Other Formats: Paperback 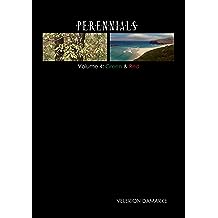 Perennials Volume 4 - Green and Red Mar 28, 2014
by Velerion Damarke
$2.99
In the Broken Crown are the three great powers that pull the strings to this bloody dance: the Gods, the Lost Ones, and the World's Spirit. A God walks the world in the flesh and shatter the order of the Pantheon. Will he lead the armies of worshippers that begin to gather in the names of the divine, or will he only cause disarray? Creations of dark magic and blood stalk those who would save the world. They overwhelm the faithful on all fronts. There is the very world in which they live, which works its will through its chosen one, Bedros. The Ox-Men hope to create the world anew, and he wishes to wake the world's consciousness. Those who were hidden are revealed. Anthea emerges a changed being, and the whole Broken Crown is poised to enter the war that seems to follow her and her companions. Things have gone too far for any peaceful solutions. Blood must be shed to make an end of this terrible game of tug-of-war for the world's fate.
Read more 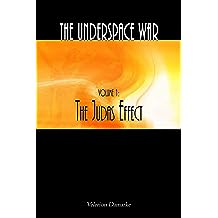 The Underspace War: Volume 1 - The Judas Effect Mar 8, 2014
by Velerion Damarke
$2.99
Judas is one of the test pilots sent out among the stars, utilizing Underspace, which is like a parallel form of reality where the speed limitations the laws of physics in our universe impose on us can be bent if not broken entirely. Judas crash lands on a remote planet after accidental contact with the material that comprises Underspace. The planet is inhabited with two native races, both of which are significantly less technologically developed than humanity. The inhabitants of this new world take special interest in this newcomer, and his android companion. It quickly becomes apparent that there is more to Underspace than anyone initially believed, and Earth is hardly happy to surrender their test pilot, who was in actuality a criminal that they hand chose for what they considered a suicide mission…
Read more 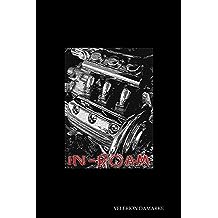 In-Roam Mar 8, 2014
by Velerion Damarke
( 1 )
$2.99
A crude, violent, and generally dislikable biker wakes finds himself in another universe with a device strapped to his arm that lets him jump through the portals that lead between its hundreds of worlds. He wants answers, and he wants to know who brought him there. He's out to ruin everyone's day until he gets what he wants...
Read more
Other Formats: Paperback 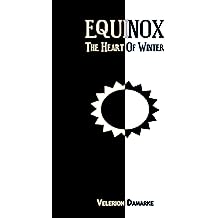 Equinox Feb 17, 2014
by Velerion Damarke
$2.99
A tale of a man named Gale and his bear-like companion who live in the middle of a growing arctic wasteland. His simple existence is changed forever when he rescues a dark-skinned foreign woman from certain death at the hands of the unforgiving cold. Her reasons for being out in the middle of nowhere are unclear, but her presence seems tied somehow to the source of the growing winter that threatens to sweep down from the North and cover everything and everyone. Only a trek into the forbidding Heart of Winter will answer their questions.
Read more
Other Formats: Paperback 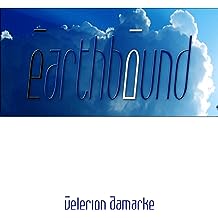 Earthbound Feb 12, 2014
by Velerion Damarke
$3.99
Rob is a regular guy. He just wants to finish college and get a better job. Sera is a refugee from another world. She happens to have powers, too. What do they have in common? Nothing, at least until she crash lands in front of him, changing his world and life forever. Now, Rob and his ensemble cast of strange friends and acquaintances need to take care of a woman from another world. Are they up for all the troubles that come with harboring a beautiful fugitive?
Read more
Other Formats: Paperback