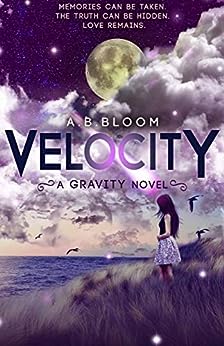 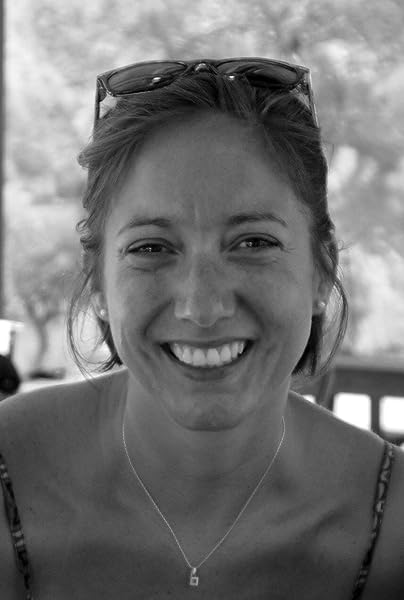 by A. B Bloom (Author) Format: Kindle Edition
See all formats and editions
Sorry, there was a problem loading this page. Try again.
Read more Read less
Previous page
Next page

Lene Andersen
5.0 out of 5 stars Loved it!
Reviewed in the United States on February 9, 2017
Verified Purchase
I liked Gravity a lot, but I REALLY loved Velocity. It was just so intense and exciting that I couldn't read it fast enough.
I felt for Bronte with her confusion with everything that was going on and who and what to trust.
I loved the characters, the story and I thought the writing was amazing. Anna Bloom has done an incredible job with this book and I can't wait for the next book in the series.
Read more
Helpful
Report abuse

Kindle Customer
5.0 out of 5 stars Love, love
Reviewed in the United States on February 9, 2017
Verified Purchase
Velocity is book two in the Gravity series and is not a standalone. You should read Gravity first. Bron and Nick's journey continues in Velocity. Bron is about to find out who to trust and not to trust. The lives of the Stars and Humans still rest on Bron's shoulders.

Love, love, loved it!!!! So many emotions I felt throughout the book. Book 3 can't come fast enough.

Kindle Customer
5.0 out of 5 stars great book
Reviewed in the United States on January 29, 2018
Verified Purchase
I read the whole series and enjoyed them all. It has great twist and turns that keep you hooked.
Read more
Helpful
Report abuse

Carol Hensley
2.0 out of 5 stars The one thing Velocity lacked was velocity
Reviewed in the United States on September 21, 2017
Verified Purchase
I looked forward to reading Velocity, since I enjoyed reading Gravity, and was looking forward to continuing the story. Now, I feel cheated out of the time and money I invested in Velocity. First of all, the book was drawn out far longer than it should have been. Instead of this being a trilogy, A. B. Bloom could have made this a two-book, kick-ass series. In making this a trilogy, there ended up being too much fluff, and it's just the second book. Some previous life experiences to show Bronte who she was would have been fine, but sometimes too much is just that. Too much. Just when I felt I couldn't read any more, the ending shows up (but not really the ending-there's another whole book to read what could have been wrapped up in three or four chapters). I honestly don't know if I have the energy to read any more of what has come to feel like sludge, trekking through the sludge, trying to get to the end of the story. If have already purchased Infinity, I may read it, only because I hate to waste money on purchases, and being an ebook, I can't even give it away. Normally, my reasoning would be to give the author a chance to redeem herself, but not this time. This book continued to peg a ten on the bore-me meter. For that amount of time, I could have just watched some television and saved myself a little bit of money and a great deal of anticipation.
On to my second and last point. In the first three pages of this ebook, there were four spelling errors, or one repeated four times. Authors and editors should know the difference between its and it is (it's). Grammar 101. Possessive versus contraction of words. I have already spent more time than it's worth discussing it. So, now, I'm done.
Read more
One person found this helpful
Helpful
Report abuse

Marcene Mason
5.0 out of 5 stars Five Stars
Reviewed in the United States on September 25, 2017
Verified Purchase
I loved this whole series. It was a wonderful story that I couldn't put down.
Read more
Helpful
Report abuse

Jane Straugh
5.0 out of 5 stars I Will Never Look At The Stars In The Same Light Again!!!
Reviewed in the United States on March 29, 2017
Another amazing read by Ms Bloom. This author has become one of my top favorite authors of all time. I have read many of her books and she does not dissapoint. After reading the first book 'Gravity' I have been waiting in anticipation for her second book in this series which is 'Velocity'. In Oder to better understand the story I would recommend you read this in order. The first book pulls you in full force. We get a glimpse of Tara's life and who she is. In 'Velocity' she starts off in another new town. She keeps hearing voices in her head, the voices are calling her Bronte but she doesn't understand. Her life has fallen apart or so she thinks. But the stars vow to protect her. This book is full of action packed thrills, surprises, twists and turns that you don't see coming. This author did an amazing Job at keeping up the suspense for her readers. Another big thumbs up and I can not wait to read what book 3 brings us.
Read more
Helpful
Report abuse

Sheila
VINE VOICE
5.0 out of 5 stars Gravity book 2
Reviewed in the United States on February 9, 2017
It's official, I will never look at the stars the same again, especially a "falling star." This book was so full of confusion and unanswered questions. That's not a bad thing though, it kept me pushing forward wanting to know more. There was so much love jumping off the pages from Nick. He really tries to show Bronte all the love he possesses for her without giving her the answers that she needs. Answers that he's afraid to give her for some unknown reason (I wanna know!). Bronte is struggling to really understand and to fully except. She's trying but with everyone constantly deflecting it's hard not to struggle. I went into this book knowing that it wasn't the final conclusion. I knew I would have to wait to get all the answers and love that I truly wanted. But it still left me with a massive book hangover. I'm dying to read the conclusion but I will patiently wait.

I love this quote from Nick... "My pull towards you is like gravity with the full force of velocity weighing it down."
Read more
Helpful
Report abuse
See all reviews

Sharon B
5.0 out of 5 stars 5 Fabulous Stars!
Reviewed in the United Kingdom on February 9, 2017
Verified Purchase
Velocity is the second book in this series, and continues the story started in Gravity.

I love Anna Bloom's writing! Bronte is still figuring things out - she's got a lot of questions, and they frequently go unanswered when she asks them. Nick - swoon - remains committed to protecting Bronte - but he has something he's keeping from Bronte. I smiled, laughed and shed a few tears. There's twists and intrigue. And I loved it! I could not put this book down. Can't wait to read the next book!
Read more
Report abuse

Sandra
5.0 out of 5 stars 5 Nick loving Swoon worthy stars!!
Reviewed in the United Kingdom on February 9, 2017
Verified Purchase
I have been eagerly awaiting the second instalment in this series and it didn't disappoint!
If your a fan of PNR then I URGE you to read this series, if you've never read PNR then I URGE you to read this series!!
Basically READ this series!!!!
Sounds cheesy but hand on heart every time I look up into the night sky and see the stars it make me think of this book, and when a book leaves that much of a mark on you, when it stays with you long after reading it, surely that's a sign of a must read,beautifully written story.
Read more
Report abuse
See all reviews