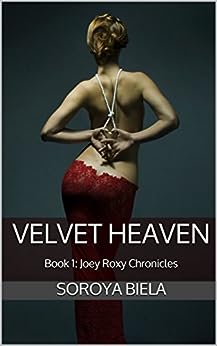 Buddy Brannan
5.0 out of 5 stars Paranormal talk radio gets...supernatural!
Reviewed in the United States on July 16, 2016
Verified Purchase
Here, we're introduced to a world where vampires are real, but not necessarily the way you think they work. As Suzanne said, nothing is as it seems, and the story definitely takes an unexpected turn. Definitely looking forward to the next installment.

The world, and how the vampirism works, are all nicely thought out, although I'm a little unclear how vampir blood is different from human blood, since vampires just drink human blood and apparently just sort of borrow it. Like, if one vampire feeds off another vampire that just fed off a human, what's to stop them from just swapping the same blood back and forth a bunch of times? Anyway, apart from that small detail, thhe rules all seem to work, and these aren't just your cliche sort of vampires. The character are commplex...especially for a fairly short read. I thought the way they had to control their baser vampiric instincts and overcome them was very believable and made the characters much more real and "human". No two dimensional cardboard cutouts here, and the lines between good and evil, right and wrong, are believably blurry and gray. Can't wait for the next one!
Read more
Helpful
Report abuse

Lyn L.
5.0 out of 5 stars Pretty good write for a first book
Reviewed in the United States on October 30, 2016
Verified Purchase
Pretty good write for a first book, believable characters of a Vampish world. I believe well worth the read even for those in our 50s. I have already read the second book in this series and awaiting the 3rd one to appear! Once you get into it, it is hard to put down, thought I would read a chapter a night, that was not the case, half the book one night, the rest the following evening and then the second book was bought. I don't think anyone whom enjoys this gendra will be disappointed, though it is different than what my generation has a mind set of the vampire world as being and is different it is still good and well worth the read. I can give this 5 stars even if there is some misspelling and miswording, which I understand is being corrected, great job Ms. S. Biela.!
Read more
Helpful
Report abuse

Maria Ninguem
5.0 out of 5 stars Great effort for a first time writer!
Reviewed in the United States on July 8, 2016
Soroya Biela has a vivid imagination and a knack for keeping reader interest. She says it’s the first of more to come, and if the followups are as entertaining and compelling, she’s got the makings of her own genre here, or at the very least a prime place in young adult thriller fiction.
Read more
One person found this helpful
Helpful
Report abuse

Amazon Customer
5.0 out of 5 stars Can't Wait For Book 2!
Reviewed in the United States on September 27, 2016
Intriguing characters, great story, lots of twists--can't wait to read the next book in the series!
Read more
One person found this helpful
Helpful
Report abuse

Amazon Customer
5.0 out of 5 stars Can't Wait For Book 2!
Reviewed in the United States on September 27, 2016
Intriguing characters, great story, lots of twists--can't wait to read the next book in the series!
Read more
One person found this helpful
Helpful
Report abuse
See all reviews
Back to top
Get to Know Us
Make Money with Us
Amazon Payment Products
Let Us Help You
EnglishChoose a language for shopping. United StatesChoose a country/region for shopping.
© 1996-2021, Amazon.com, Inc. or its affiliates