You've subscribed to Southern Sons-Dixie Daughters! We will preorder your items within 24 hours of when they become available. When new books are released, we'll charge your default payment method for the lowest price available during the pre-order period.
Update your device or payment method, cancel individual pre-orders or your subscription at
Your Memberships & Subscriptions
There was an error. We were unable to process your subscription due to an error. Please refresh and try again. 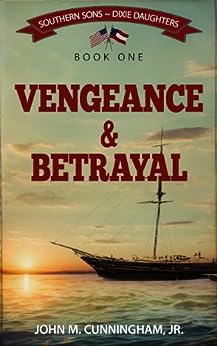 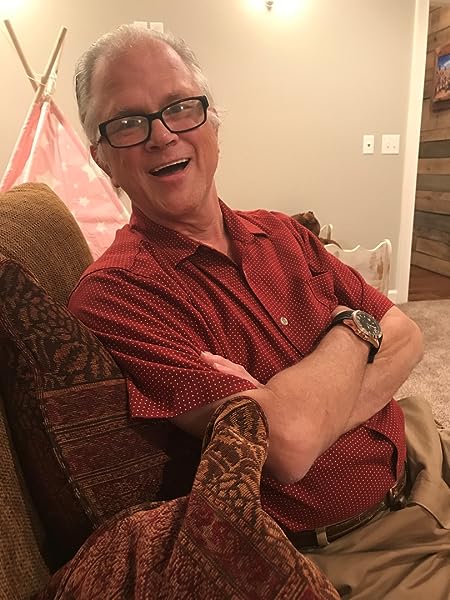 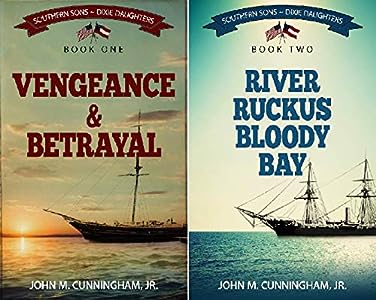 "Crafted with meticulously researched detail, this Civil War saga of vengeance, romance, and faith will delight fans of classic historical fiction."-- Lynne Basham Tagawa, author of The Shenandoah Road  --This text refers to the paperback edition.

Suki50
5.0 out of 5 stars So much detail shows the depth of research
Reviewed in the United States on September 11, 2020
Verified Purchase
If you’re a real history buff ready to tackle the myriad of events that led to the Civil War, I recommend this book. Jack delves deeply into the political and military machinations and how they affect lives of several individuals. At first I had trouble keeping up with the many characters, but soon they settled and became real people I could relate to. From the sailors in both navies to the slaves to the Southern women who knew how to manipulate people, you see the societal norms that dictated and drove these people to react the way they did. This is not a quick read nor an easy one, but one that is well worth the time spent and may illuminate this stormy time in our history.
Read more
Helpful
Report abuse

bets29Top Contributor: Historical Fiction Books
4.0 out of 5 stars A good Story
Reviewed in the United States on August 21, 2020
Verified Purchase
About the Civil War but also about various people & somehow all related. I did skip over various parts of the war parts. I do feel it could have been shortened some - but still a good story - or stories within.
Read more
Helpful
Report abuse

FDR
4.0 out of 5 stars Good plot
Reviewed in the United States on November 28, 2020
Verified Purchase
The plot was interesting as were many of the characters. Locke is a great tyrant. Wish there had been an ending.
Read more
Helpful
Report abuse

Kindle Dayzy
5.0 out of 5 stars Good
Reviewed in the United States on May 11, 2014
Verified Purchase
I am frequently impressed by the quality of writing in a book from an unknown author (or an author without a large publishing company behind them).
Read more
2 people found this helpful
Helpful
Report abuse

jane hewitt
1.0 out of 5 stars terrible
Reviewed in the United States on July 10, 2014
Verified Purchase
I never start a book that I don't finish but I could not read but half of this book boring! Choppy writing too many characters to keep up with don't waste your money or your time!
Read more
2 people found this helpful
Helpful
Report abuse

Norma Jean Lutz
5.0 out of 5 stars Author, John Cunningham, Jr., Offers a Fresh, New, Gripping Civil War Saga
Reviewed in the United States on April 12, 2014
Up and coming historical-fiction author, John Cunningham, invites his readers to enter into the intense, up-close drama of the Civil War in his newly-launched book, Southern Sons, Dixie Daughters: Book I, Vengeance and Betrayal. As a judicious, life-long student of that war, and most especially in the realm of the navies and naval battles, he opens a door into a world that is not often seen by readers of Civil War novels.

The families introduced in this novel could hardly get any deeper into the South than living along the Gulf Coast. As the novel unfolds, the lives of these families are inextricably intertwined as they experience all the horrors that war creates. Southern Sons, Dixie Daughters reveals the deep, heartfelt commitment of these families toward their cause. And the ostracism that comes to those who dare to suggest that their cause might possibly fail.

John’s pacing throughout the book is brilliant as he knows the exact moment to leave the reader hanging at one exciting scene, and turn to open onto the next scene. Cliff hangers appear in nearly every chapter.

The vivid manner in which John plays out naval battles on the page, has the reader smelling the smoke and ducking for cover. These gripping scenes are exceeded only by his amazing knowledge of details. Details not only of the battles and those of the war itself, but details of all that goes on aboard a naval vessel in that day and age.

On a personal note, I learned more about the occupation of New Orleans by the Union forces that I had even learned in any history book.

Joan
5.0 out of 5 stars History brought to life
Reviewed in the United States on July 19, 2016
Mr. Cunningham is a master storyteller who has the perfect balance of dialogue, description, and historical facts. This story weaves many characters into a realistic plot bringing history to life. I thoroughly enjoy reading anything written by John Cunningham, a gifted and godly author who seeks to glorify God through his gift of writing. Being a lover of history, I especially enjoy his realistic and accurate depictions of some great eras of history. Vengeance and Betrayal is perfect for anyone who loves history told in a realistic and entertaining way.
Read more
2 people found this helpful
Helpful
Report abuse
See all reviews