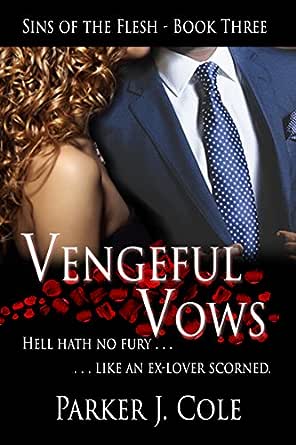 You've subscribed to Sins of the Flesh! We will preorder your items within 24 hours of when they become available. When new books are released, we'll charge your default payment method for the lowest price available during the pre-order period.
Update your device or payment method, cancel individual pre-orders or your subscription at
Your Memberships & Subscriptions
There was an error. We were unable to process your subscription due to an error. Please refresh and try again. 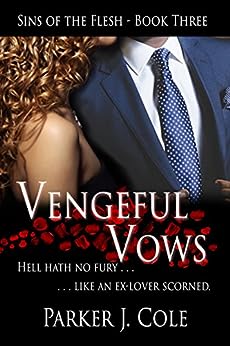 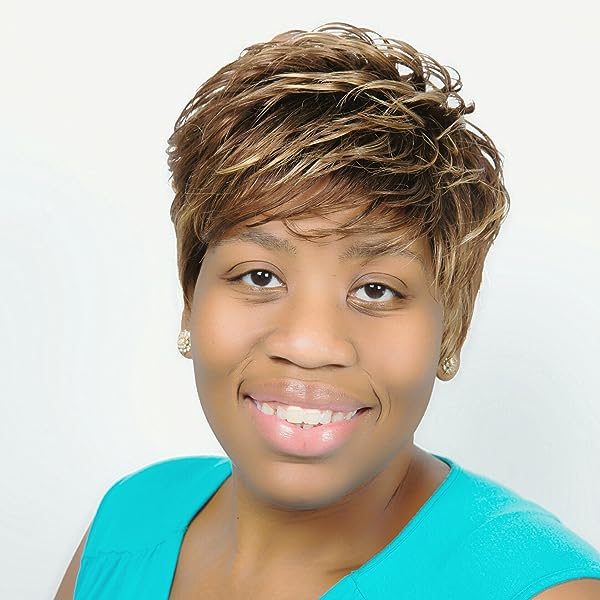 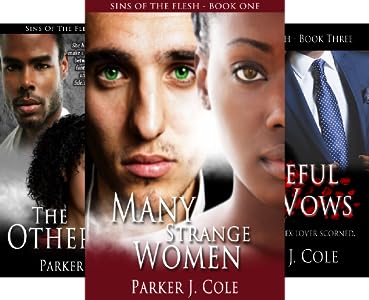 4.9 out of 5 stars
4.9 out of 5
24 global ratings
How are ratings calculated?
To calculate the overall star rating and percentage breakdown by star, we don’t use a simple average. Instead, our system considers things like how recent a review is and if the reviewer bought the item on Amazon. It also analyzes reviews to verify trustworthiness.

DD
5.0 out of 5 stars Vengeful
Reviewed in the United States on May 31, 2016
Verified Purchase
Vengeful Vows was a beautiful well written story. It brought forth all my emotions: anger, sadness, sorrow, hate unforgiveness, forgiveness, joy, happiness and much more.

I understand Daffodil's hurt and pain. When you are that damaged the only thing you know to do is strike back with pain. I hurt for her, I kept telling her and Vincent to please stop because you are not only destroying yourself you are destroying a family. And even though this story was about Vincent and Daffodil, I still felt pain for Jacob and Leah. The pain they were going through was so real I almost stopped reading.They are one of my favorite book couples. I loved all the characters, even Tomaso. My mind is still spinning and there are so many characters that need their own stories.

This story showed me how lies can cause death, how betrayal can take awhile to get over and if you want to overcome, stop listening to the voices that don't matter and listen to the only voice that has the real answers for healing (Jesus). I could say so much more because there are so many life lessons within this story. Vengeful Vows is outstanding.

I received a copy of this book from the author for my honest review.

Edwina Putney
5.0 out of 5 stars Tangled webs
Reviewed in the United States on June 23, 2016
Verified Purchase
Parker J. Cole's third installment of the Sins of the Flesh trilogy, Vengeful Vows, was filled with twists and turns, lies, deceptions, and a meticulously-woven web of revenge against the Martin family that was carefully spun by Daffodil Simmons. With the help of her pseudo-fiance, Vincent Miller, who has his own need for revenge against the Martins, Daffodil's master plan seems to be unfolding as she intended. But the best-laid plans often go astray and when they do, the fallout is generally devastating and often deadly. Good vs evil, light vs dark, sin vs redemption--all are hallmarks of Parker J. Cole's writing and this book is no exception. Intricate plots, complex characters, and drama galore provided a dramatic and enjoyable read from beginning to end.
Read more
Helpful
Comment Report abuse

Johanna Parker
5.0 out of 5 stars 10 STARS ALL THE WAY!!!!!
Reviewed in the United States on June 15, 2016
Verified Purchase
I was up all day and night reading the third installment to Vengeful Vows because I COULD NOT PUT IT DOWN! Twist after turn turned to shock and gasps! This story kept me on the edge of my seat and when I got there explosions sent me jolting to my feet! Daffodil's story is indeed one of webs and mastery but even the toughest silks can be cut. If you think the first two books in the Sins of the Flesh Series was good you haven't seen nothing yet! Bravo to Parker J. Cole! She's done it again!
Read more
Helpful
Comment Report abuse

TheBookPrincess
5.0 out of 5 stars A Great Finish to the Sins of the Flesh Series
Reviewed in the United States on June 25, 2016
Verified Purchase
I've read all three books in this series and I was surprised to find that this one was my favorite. I didn't like Vincent or Daffodil from their appearances in the first two, but this book humanized them and made them more sympathetic. As always with Ms. Cole's books, I was surprised by the way the plot went, but it was a great finish to the series. This book is fast paced and keeps you guessing!
Read more
Helpful
Comment Report abuse

Imelda
5.0 out of 5 stars Loved it!
Reviewed in the United States on December 5, 2016
Verified Purchase
I've read all 3 books in this series. She did not disappoint!. I can't wait for her next book. I'm sure it will be great.
Read more
Helpful
Comment Report abuse

Angelique T.
5.0 out of 5 stars Another Brilliant Read!!!
Reviewed in the United States on August 1, 2016
Verified Purchase
This book took me all around. I did not expect the changes. She personified every emotion.
Read more
Helpful
Comment Report abuse

Wolfe Moffat
4.0 out of 5 stars In conclusion, with a bitter edge all around
Reviewed in the United States on July 6, 2017
Some things are good, and some things are great. I enjoyed Parker J. Cole’s “Sins of the Flesh” trilogy, and it was good. But in saying that, I thought that’s all it really was. Just good, not great. “Vengeful Vows” is the conclusion, and despite it being that, it still comes off bitter.

So, throughout this trilogy, we’ve all seen traces of Daffodil Simmons, and we know that she pisses people off. There’s likely to be a reason that she is the way that she is. “Vengeful Vows” tells that story, as Daffodil takes on the role of the spider, ready to trap a fly or few, and suck the life out of many more! To do that, she doesn’t even pretend to use misdirection, but she goes straight for the jugular, and Vincent Martin stands there, eyeballs bugging out, wondering what he did to deserve this. Daffodil’s games have only begun, as she feels like she’s been played a time or two herself.

There is forgiveness, and there are others that are a lot more difficult to forgive. Leah Westwood wants nothing to do with Daffodil, and lets it be known. But there’s also a man named Tomaso, and he’s a piece of work, and probably a piece of something else in the minds of others. Who’s weaving the strings of the spider web here? Or better yet, who’s the Puppet Master?

I wish that my final conclusion would be to LOVE this trilogy, and I don’t. I LIKE it, but that’s it. Too bitter, and sometimes, just to heart-wrenching for me to completely to constant back-flips over it. But Parker J. Cole does have talent, and that can’t be taken away. I just can’t gush, and say that I love it, because all I can do is like it, and stick with that bitter pill in the end.
Read more
One person found this helpful
Helpful
Comment Report abuse
See all reviews