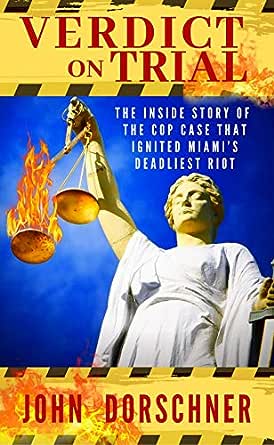 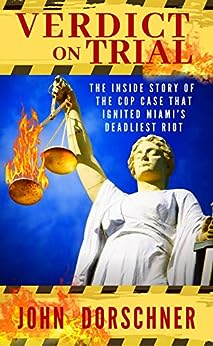 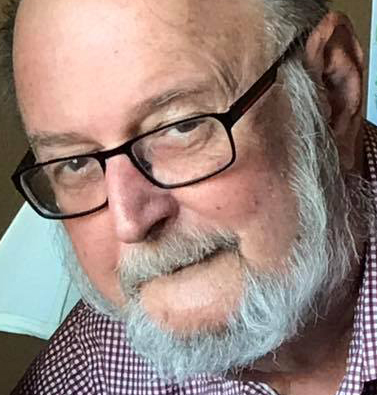 Verdict on Trial: The Inside Story of the Cop Case that Ignited Miami's Deadliest Riot Kindle Edition

R. Katz
5.0 out of 5 stars This is the book I wanted to write!
Reviewed in the United States on May 3, 2020
Verified Purchase
The McDuffie case was my first big case after leaving the Miami State Attorney's Office 2 1/2 months before McDuffie was killed. I was co-counsel with Ed Carhart representing Herbert Evans, Jr., who was charged as the "mastermind" of the coverup. The judge and all of the attorneys on both sides of the case knew each other well and many of us had worked together in the SAO. My two closest friends were still in the SAO and, although not on the McDuffie trial team, were frequently asked for input in that office.

As the trial progressed, Carhart and my optimism grew that our client (and likely all of the defendants) would be acquitted. We understood how the trial was being report in Miami and fully anticipated the reaction acquittals would bring in Miami (although certainly not to the extreme that actually occurred).

For years, I thought that the story of the McDuffie prosecution (how and why it was such a failure) needed to be told. As much as I wanted to write that story, it needed to be told by a great journalist. John Dorschner has stepped to the plate and written this story after years of research. Dorschner accurately takes us through the night of the motorcycle chase which led to McDuffie's apprehension and beating, the ensuing publicity and investigation, the charging of the police officers, the trial, and the aftermath. Dorschner also takes a critical look at the media coverage of this case and the media's role in community's reaction to the verdict.

Verdict on Trial is an essential read for those of us who live in Miami and want to understand our social history. However, the parallel with so many other cities which have struggled with deaths of minorities at the hands of law enforcement makes this book relevant and essential for people in urban communities throughout the United States.
Read more
2 people found this helpful
Helpful
Comment Report abuse

With the luxury of time and hindsight the author reviewed the transcript of the trial, interviewed most of the participants and evaluated the many choices the prosecutors and defense attorneys had to make and the consequences of their decisions. He had the help of two very experienced trial lawyers who contributed comments on the decisions as he discussed them. As a retired litigator, I kept agreeing with most of their comments but I also understand there are always 3 arguments: the one you’re prepared to give, the one you actually give and the one you should have given. But the last is usually only apparent when you’re leaving the courthouse.

Just as importantly, he analyses how the press and the attorneys views of the trial differ. In this case, the press retelling of the McDufflie killing by police officers focused on the dramatic which led to dashed expectations by the Black community. Although TV was probably far more influential than the print accounts, neither had the time to explain the defenses efforts to undermine the prosecution’s case which was so influential in bringing a quick acquittal of all the police officers.

The quick acquittal was the spark that caused the riots in the Black community which was resentful of their treatment by many of the White police officers and the perception that their economic problems were getting worse because the influx of Cubans. And, as usual, when riots occur in the Black community, the burning and looting left them worse off. A lesson we all need to learn and avoid.
Read more
Helpful
Comment Report abuse

William R. Smith
5.0 out of 5 stars Excellent Read.....
Reviewed in the United States on May 3, 2020
Verified Purchase
Tonight I finished this excellently written book about the McDuffie trial and riots that followed, along with the addendum on Johnny Jones. I was a 21 year old bank teller when that happened and remember well that awful period in our Miami history, and, by coincidence having moved a few months before to Fontainebleau Park, watching the City burn from the balcony of my apartment and the warnings not to take I-95 because they were taking potshots across the highway. More than once I confess to having a lump in my throat reading certain parts, especially about the pain of Mrs. Eula Bell McDuffie, whom I remember so clearly being paraded out on television and still remember her words that she didn’t want anyone else getting “kilt up” as she put it.

To me, the book did exactly what a good book is meant to do, inspire remembrance and emotion and keep one glued to the story to the end. Our city has certainly come a long way in the forty years hence, and for all our faults that remain, I’m glad we’ve lived to see the progress we’ve made thus far.
Read more
One person found this helpful
Helpful
Comment Report abuse

John Lantigua
5.0 out of 5 stars A Gripping Tale of Landmark Trial
Reviewed in the United States on May 22, 2020
Verified Purchase
This book concerns events in 1979-1980 in the City of Miami, but it has relevance for the entire U.S. in the year 2020. That’s because it concerns the death of a black man at the hands of police officers, none of whom were black, and how, despite what seemed to be overwhelming evidence against them, they were all exonerated. That is a scenario that has become a recurring nightmare in our country. John Dorschner, a veteran Miami journalist, presents a meticulous, day-to-day account of the trial. Along the way,he illuminates the flaws in the approach to the case taken by prosecutors and how defense attorneys exploited those errors to win the freedom of their clients. Dorschner's book becomes a primer on how not to present a case of police brutality. Given that most members of the public expected guilty verdicts, when that did not materialize, violence broke out on the streets of Miami. Dorschner describes that in terse, precise prose. He also puts the entire story into context by reporting on the history of racism and economic inequality in Miami that had set the stage for the events in question. If you are interested in the history of Miami, Florida history, civil rights history, or you want a close-up study of emotion-packed trial, this book is for you.
Read more
Helpful
Comment Report abuse
See all reviews