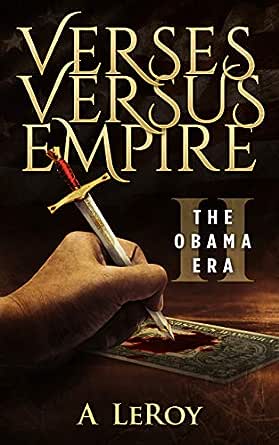 You've subscribed to Verses Versus Empire! We will preorder your items within 24 hours of when they become available. When new books are released, we'll charge your default payment method for the lowest price available during the pre-order period.
Update your device or payment method, cancel individual pre-orders or your subscription at
Your Memberships & Subscriptions
There was an error. We were unable to process your subscription due to an error. Please refresh and try again. 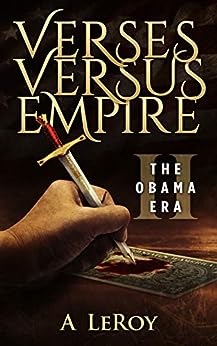 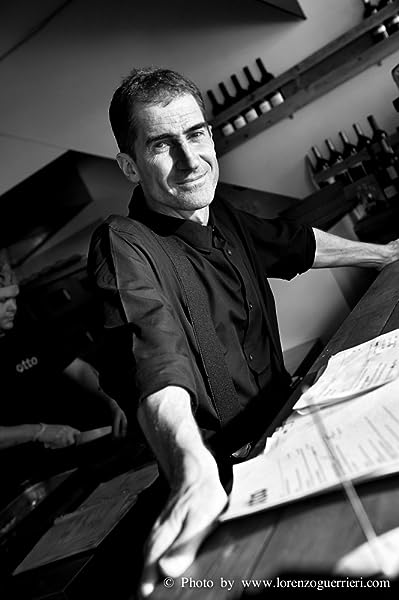 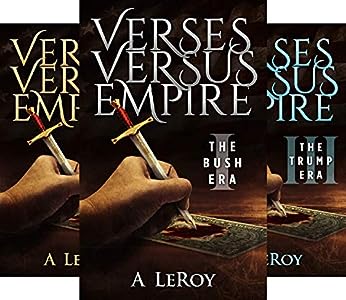 
"My Tongue is the Pen of a Gifted Writer"

As both author and actor, Abdiel exemplifies this quote from the Bible. He has written fiction, non-fiction, and memoir. But he is best known as a poet, whose themes and forms are deeply influenced by Shakespeare, the Bible, and mythological sources.

Meanwhile, his gift for narration and voice acting, with a wide range of character voices, makes for lively and dramatic readings of his own works. You can hear him read excerpts from all his titles at poetprophet.com.

Abdiel has published six volumes of Poetry: Elijah and Obama's Dream are epic poems; Well Versed is a collection of tributes to Shakespeare, Poets, and the Performing Arts; and Verses Versus Empire is a three-volume series of political poems covering in turn the George W. Bush, Obama, and Trump eras.

He has also written a children's tale The Christmas Tree; and a memoir, Dueling the Dragon: Adventures in Chinese Media and Education.

As an actor, Abdiel has embodied most of the major Shakespearean roles, and on stages from New York to London to Beijing, though perhaps his most famous appearance is in the hit short film, The Expert. He also has three one-man shows: the classic children's tale, Wind in the Willows; and two works of the great poet, W.H. Auden, The Sea and the Mirror, and The Massacre of the Innocents. Meanwhile, his voice has often been heard in TV commercials, audio books, and radio plays.

Abdiel has also worked in the past as broadcaster, financial analyst, and market commentator. His passions include Argentine Tango, Yoga, and competitive Swimming.

Piaras
VINE VOICE
5.0 out of 5 stars An entertaining and informative collection of poetry.
Reviewed in the United States on May 19, 2019
Verified Purchase
Author, actor and Poet Abdiel LeRoy weaves a first-class collection of poetry with his book Verses Versus Empire: II – The Obama Era. It’s a unique work encompassing the poets wit and wisdom in his creative approach to the art of poetry. I found his work to be original, intriguing and by all accounts entertaining.

A fitting foreword by John Vandyke Wilmerding confirms, ‘… I present you with a poet for this young century, one who thinks and writes in the spirit of Shakespeare and the early prophets, one who has helped deepen our knowledge of ourselves in transformational ways, and one whose creative spirit I have come to love. His voice will ring through the ages, a resource for historians and humanitarians alike, to understand how we have screwed up so badly in the early 21st century!’

This is poetry with political commentary. It’s both satirical and thought-provoking. If you're willing to try something new, this would make for some very interesting reading. As a consequence, you will agree or disagree with the content. That’s the beauty of freedom of speech!
Read more
One person found this helpful
Helpful
Comment Report abuse

Amy's Bookshelf Reviews
5.0 out of 5 stars Another collection of epic proportions
Reviewed in the United States on July 9, 2019
Verified Purchase
I've read pretty much all of Leroy's work, and this one, book II of the Versus Versus Empire collection, I read out of order, but it doesn't matter. Leroy definitely has skills and talents to write as he does. His words paint a remarkable picture of The Obama Era, and his thoughts flow like the poetry it is. As one who remembers important events during this era of Obama's Presidency, read each word of every line, and then, I stopped. Just for a moment and stared at the title of the next one, "Binned Laden." I read those words, repeatedly for several moments, and it took me back. The ideas and thoughts that Leroy shares with his interpretation of the presidents (there are two other volumes), is impeccably insightful. Leroy is indeed a prolific poet. "Jubilant crowds greeted the tidings that Obama had Osama killed abroad, then forthwith hied he to Ground Zero's site to lay a wreath and reap his rank reward."
Read more
Helpful
Comment Report abuse

Grady HarpTop Contributor: Children's Books
HALL OF FAMETOP 50 REVIEWER
5.0 out of 5 stars A poetic retrospective on the America of Obama’s term
Reviewed in the United States on August 12, 2018
Verified Purchase
The handsome actor/former journalist/religion correspondent/author Abdiel LeRoy is a British-American whose life is largely inspired by the Bible, Shakespeare, and the great epic poem, 'Paradise Lost'. As a poet Abdiel embraces giant tasks – the lives of Elijah, Obama, Bush, and Trump in his VERSES VERSUS EMPIRE series, as well as the very fine DUELING THE DRAGON, THE GOURMET GOSPEL, THE CHRISTMAS TREE and now the VERSES VERSUS EMPIRE series. He also has worked as a broadcaster, financial analyst, and market commentator, while his passions also include Argentine Tango, Yoga, and competitive swimming. His voice both as a narrator for dramatic readings and on stage is being recognized as a brave new presence in the politics of the globe. As an actor, Abdiel has embodied most of the major Shakespearean roles, and on stages from New York to London to Beijing, though perhaps his most famous appearance is in the hit short-film series, ‘The Expert.’ He has also staged three one-man shows, including the famous children's tale, ‘Wind in the Willows.

In his Introduction Abdiel shares his approach to Barack Obama the center of this book VERSES VERSUS EMPIRE II: The Obama Era – ‘Prose has failed, and failed spectacularly! However well informed, well reasoned, or well expressed, its rivers of ink hurled at the beast of Empire have merely splashed harmlessly against its brutish side. Let us now, therefore, turn to Poetry. Consider the Creation story: "And God said, 'Let there be Light!' " That's Poetry! And if Poetry can create worlds and universes, then it can certainly change this world! Consider too Poetry's power to convey unpleasant truths, as encapsulated by the Italian poet Torquato Tasso, who likens it to honey brushed on the rim of a cup that convinces a sick child to take his medicine! This second volume in the Verses Versus Empire series begins with the presidential campaigns of 2008 and concludes with the close of Obama's presidency in early 2017. Signature events covered here include: passage of the Affordable Care Act and BP's oil spill in the Gulf of Mexico, both in 2010; nuclear disaster at Fukushima and the assassination of Osama bin Laden in 2011; Edward Snowden's revelations about the NSA in 2013; and in 2014, Israel's invasion of Gaza. Victory of the Syriza Party in Greece came in 2015, followed by the murder of Russian opposition leader, Boris Nemtsov, and the Iran nuclear deal. In 2016, popular resistance to the Dakota Access Pipeline took centre stage; then in 2017, Donald Trump took up residence at the White House, driving the theme for Volume III in the Verses Versus Empire series. Meanwhile, the world witnessed the rise of ISIS, coupled with intensified Islamophobia; a litany of murder by white cops on black victims (or perhaps just greater awareness of it); and a spate of unjust rulings in the "criminal-justice system", including impunity for those murders! Readers may also observe the consistency of themes between the Bush and Obama agendas — notably ongoing destruction of Constitutional protections, attacks on the environment, and a perpetual war footing sustained by official falsehood. Many of these trends intensified, rather than abated, under Obama, albeit more subtly. By the time he left office, he had accomplished four discreditable records: presiding over the longest war in which the U.S. has ever been involved; killing more people with drone strikes than any previous president; deporting more people than any of his predecessors; and prosecuting more whistleblowers than all previous presidents combined!’

It used to be Al Qaeda, now it's ISIS,
That serves as a convenient enemy
To engineer another wartime crisis
And fill the news with fresh atrocity.

But Isis is a goddess, and her name
Belongs to mythological tradition.
Now is a new myth forged, of baser claim,
Co-opted for imperial imposition.

It is an age-old practice to invent
A foe to dread and make our hearts to fear,
A cause to mask colonial intent
So superficial righteousness appear.

Orwell observed War's purpose to destroy
The fruits of labour, so none may aspire,
Also the false-flag terrorism ploy
By which the ruling oligarchs conspire.

And so the "9/11" myth is milked
From which Islamophobia derived.
The populace is terrorized and bilked,
And all cloaked in Democracy contrived.

War's an addiction, and Obama needs
His fix to follow on the last war's heels,
Another wound while still the last one bleeds,
Another blow before the first blow heals.

Is this the answered prayer of Christian hands
Cupped to receive anointed oil flows,
To seed with bombs of hate the holy lands?
No wonder that the fruit of hatred grows!

"Intelligence" and "training" are the guise
In which to countenance this corporate pact.
Meanwhile, the name of Isis deifies
This sanctioned rape dressed as a holy act!

Abdiel’s wisdom and insights as well as his keen sense of theatrics allows us to consider the state of affairs in this ‘empire’. A different stance and view and only history will reflect the truth of it all. Grady Harp, August 18
Read more
Helpful
Comment Report abuse