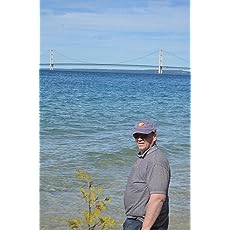 Born and raised on a small dairy farm in west-central Michigan, I learned about life and death at an early age. I was lucky enough to have a loving, caring Father who taught me about some of the more intricate 'ins and outs' of living every day.

I started writing simple stories at age six in about 1959 and have been at it ever since. As a boy, no one ever really taught me to read, I just could. I used that gift to find a world I might not have been able to experience for another decade or more. I later became a medic, worked in a psych ward of a prison and spent many years working in Emergency Rooms as an aide and then a nurse.

I just moved to Michigan's Upper Peninsula (da UP!) and am getting settled back into a steady writing habit. I have a flurry of books I will be releasing every month to six weeks. The subject genre runs the gamut from inspirational to romance to a serial killer story. The move to a more solitude in the UP surrounding allows me to write when I want to write.

I've written about my experiences growing up on the farm and my father. I have several stories about the things I saw and experienced in the emergency field, both in and out of the ER. I'll admit that my life story is weird, but I prefer to think of it as an alternate reality in which I am the pioneer and flag planter. I'm crazy, but I suspect most of my readers have figured that out.

I have sixteen, soon to be twenty audio books out. You can find them over on Audible or on Amazon under my listing for stories and books. I try to add a novella of 16,000 to 22,000 words every month, and at least two to three 40,000+ word novel every year.


I encourage people to email me at verwayneauthor@gmail.com if they have questions or suggestions on anything I've written.
Verwayne
Read more 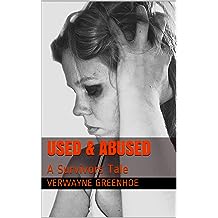 Used & Abused: A Survivor's Tale Nov 16, 2020
by Verwayne Greenhoe
$3.99
This is the 'backstory' of 'Finding Myself Again.' This story is told to the author as she tells him about her youth. She explains how she came to be taken advantage of by men who were more than willing to use whatever she would allow them to use. Everything was good for a while, but then things began to get out of hand. Each relationship brings more abuse, more scars, and more fear.

This story is not for everyone. It was intended for adults as it has 'veiled and nuanced' details of sexual situations. While it contains precious few 'bad words,' it tells about the abuse the young woman in the story endured. Should she have allowed those things to have happened? No, but sometimes abuse is more than physical and or sexual. Emotional abuse is just as potent as the other forms.

As the storyteller explains, 'Just because you find the keys in a car in the mall parking lot, it doesn't mean you can jump in it and drive away.' She freely admits that she should have stopped putting herself in the position to be abused, but those who are being manipulated are like those who want to quit smoking or drinking. It ain't as easy as you might think.

The story starts when she is eighteen and continues until her life makes a dramatic turn for the better. With few exceptions and situations, this story is true. Some details were changed to protect the storyteller from certain people who still haunt her.
Read more
Other Formats: Paperback 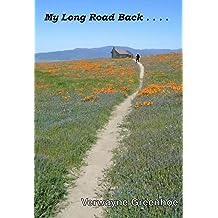 My Long Road Back Jan 13, 2014
by Verwayne Greenhoe
( 4 )
$2.99
My real life story of a brain injury I sustained while at work back in 1981. While the day of the injury is described, it goes much deeper than the injury. At that point in time, there were few definitive medical protocols for the physical and emotional healing following a severe closed head injury. Everyone thought I was faking it until an event that was witnessed by an entire Emergency Room team. I was about five years recovering from the injury but it still affects me yet today, some 32+ years later. This story attempts to chronicle the events in my life that have changed me forever.
Read more 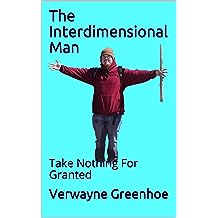 The Interdimensional Man: Take Nothing For Granted Sep 4, 2020
by Verwayne Greenhoe
$3.99
A young man who excels in school but goes unnoticed in school discovers that he can be in two places at once based on a 'what if' theory he found in his physics book. The ability is sketchy at first, but with each attempt, the young man gains confidence and his adventures begin to help him rescue people who are in bad situations. then comes the night that he rescues two of his friends, but puts his own in danger. Can he be rescued? Will he be rescued?
Read more 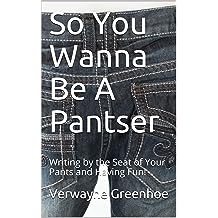 So You Wanna Be A Pantser: Writing by the Seat of Your Pants and Having Fun! Sep 29, 2020
by Verwayne Greenhoe
$1.99
This short work of about 11,500 words attempts to explain how I write using the 'pantser method' to write stories and books. I've done my best to sum it up in terms that are easy to understand. I've also included some basic writing methods that have helped me write and a technique to help you self-edit. This is by no means a say all, do all, be-all, but I hope that it will help my fellow writers and those who want to be writers.
Read more 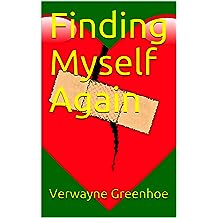 After forty-seven years of a great relationship, courtship, and marriage, the author found himself alone. His wife had struggled with a rough fight with dementia. Suddenly, she took a sudden and unexpected turn for the worse, leaving him alone for the first time in his adult life. He was sixty-four at the time but felt more like he was forty physically and ninety-five emotionally.

For over a year, he had tried to go forward with his life, but when he was alone at night, his heart's emptiness reminded him that he needed someone to fill the ache inside him.

Loneliness is a killer, and he was dying from grief. He was dying inside because he had never been alone in his life. He told himself that he would be alright, but he wasn't and was fading fast.

Then he found Heather. They were two souls drifting in a sea of loneliness and grief that found one another amid a building storm. Is she the one that can pull him out of an escalating depression? 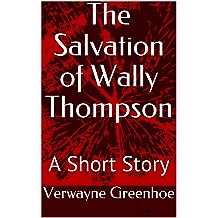 The Salvation of Wally Thompson : A Short Story Aug 22, 2020
by Verwayne Greenhoe
( 1 )
$1.99
A man who seems to have everything suddenly loses it all and ends up homeless and unemployed in a major city.

With winter setting in hard, he struggles to remain alive, but his hopes of making it back to normalcy are rapidly diminishing.

Then came the night he ended up on his knees with a pistol to the back of his head.
Read more 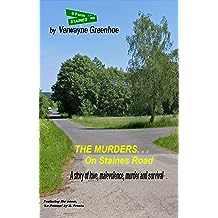 The Murders On Staines Road Jun 26, 2019
by Verwayne Greenhoe
( 2 )
$2.99
A hardened criminal receives a sudden and very unexpected parole and moves from the vicious life he lived for more than twenty years to live in a very rural setting. At first, Ray fills his time cleaning up the ramshackle home of his uncle, but he soon finds that he can't live with the older man.

One murder can make some men withdraw and feel remorse. Some men develop a blood lust. One summer evening, a recently graduated young girl out jogging wanders just fifty yards too far away from home, and she is never seen again. When another high school girl goes missing, the local police begin to search into the situation with as many officers and detectives as they can bring to bear.

As the story of Ray and his misdeeds builds, a teen high school fling becomes a genuine romance. When their paths cross that of the man responsible for the evil in the town, who will live and who will die? As the tag line reads, this is a story of love, malevolence, murder, and survival.
Read more
Other Formats: Audible Audiobook , Paperback 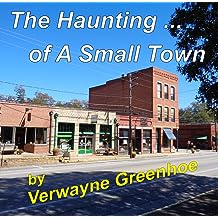 A Haunting of A Small Town Oct 27, 2015
by Verwayne Greenhoe
( 2 )
$2.99
A horrific car crash leads to problems for the people who scavenged the remnants of the accident scene. A small and peaceful town becomes a nightmare for those involved. This 19,000 word short story makes for a nice afternoon or evening read! NOTE: Back in 2019, I accidentally uploaded the wrong manuscript version as I was updating it. I didn't catch before the person who gave me the three star rating did. I apologize.
Read more
Other Formats: Paperback 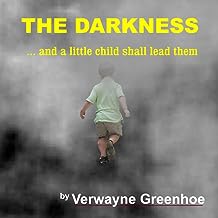 The Darkness - And A Little Child Shall Lead Them Jul 26, 2015
by Verwayne Greenhoe
( 2 )
$2.99
A little boy in a small rural town is more than he seems to be. He speaks frequently and lovingly of his 'other family' from long ago. A college friend of the mom, now a college instructor, convinces the family to allow him to 'revert' the boy back to that earlier point in time with disastrous results.
Read more 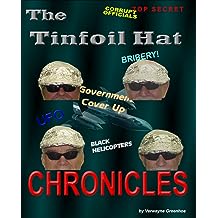 The Tinfoil Hat Chronicles Nov 15, 2013
by Verwayne Greenhoe
( 1 )
$3.59
A conspiratorial tale of the 2012 presidential election season based somewhat on the real events leading up to the 2012 election. Events after the election are pure fiction. The story centers on a manuscript found in 2023 but written in 2012. It tells the story of the manuscripts author and several of his friends starting about September 10th, 2012.

The first half of the tale starts with a short camping vacation in the northern woods of Michigan where a three day "Campfire Summit" fills their nights. It later shifts to the events leading up to the election. The second half of the book is nothing but pure 'what if' fantasy but provides fodder for many other conspiracy tales.

This is Book One of a three book series. The other two books are well underway.
Read more 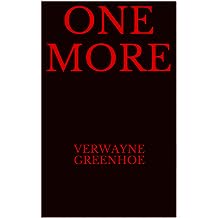 One More Aug 10, 2020
by Verwayne Greenhoe
$3.59
A group of men pool their money to purchase a LOT of cocaine to sell in their neighborhood. After a shaky start coming up with the cash, the man who came up with the idea begins to play a game with the profits that upsets Victor, his largest contributor.

When promised payouts don't begin to show up, things begin to get a bit testy, leading one man to begin to seek other ways to get his money back. One by one, Victor seeks his revenge against the rest of the group. Slowly the gang's membership dwindles until there is only one more to find. 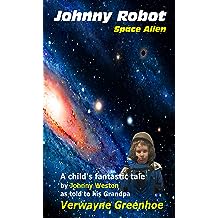 Johnny Robot - Space Alien Feb 16, 2017
by Verwayne Greenhoe
( 3 )
$1.99
This story is based on a story told to the author by his seven-year-old grandson. It starts out as his story about his 'robot version' of himself coming to our planetary system, but crashing to Earth after being hit by an asteroid. He spends a summer explaining to his grandfather about his planet and asks the questions that puzzle him about this one. In the end, it becomes a love story between boy and old man.
Read more
Other Formats: Audible Audiobook , Paperback