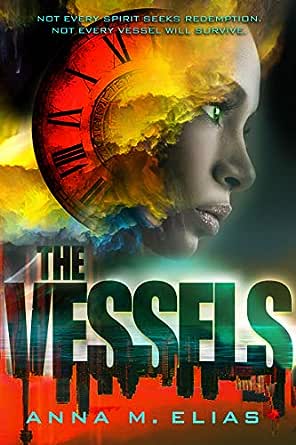 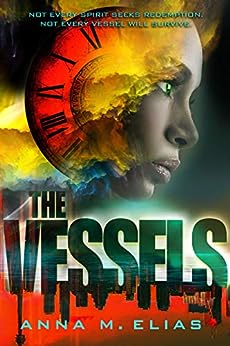 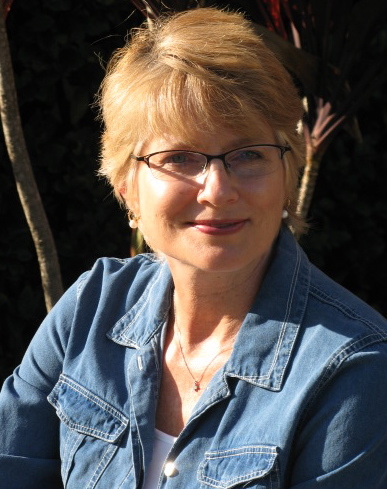 "In the Vessels Program, spirits of the dead return to inhabit the bodies of human vessels and visit their still-living relations to right past wrongs. Sam has just established a program in Reno, Nevada, and recruited four vessels, Tal, Link, Avani, and Aaron. They have all suffered from life’s cruelties and are more than willing to let the spirits inhabit them for their seven-day journey of redemption as the spirits seek forgiveness or to forgive loved ones. One of the Spirits, however, is a terrifying, vengeful revenant not interested in redemption. As the three benevolent spirits work toward accomplishing their missions, the vessel for the fourth must figure out a way to prevent this vengeful spirit from harming others. This unique novel mixes social commentary, Native American mysticism, the power of love and forgiveness, and ghostly spirits. This gothic speculative tale will appeal to sf and horror fans alike, and the open-ended finale leaves plenty of room for a sequel." —Booklist

“Elias has crafted a thriller like nothing I’ve ever read before … a high quality, unputdownable novel, I would highly recommend The Vessels to any supernatural thriller fan looking for their next captivating read.” —Readers’ Favorite
--This text refers to the paperback edition.

Anna Elias is a screenwriter who began her career as Don Johnson’s assistant on Miami Vice. She’s worked on feature films such as Nell, The Rainmaker, The Client, 12 Monkeys, A Time to Kill, and Practical Magic. She has written and co-written spec films, TV scripts, and award-winning shorts. Anna’s passion for justice translates to her work. This was especially true on the set of John Grisham’s A Time to Kill. Canton, Mississippi had just suffered great racial hardship and division in a Mayoral race. With Anna’s encouragement, the movie crew made extra efforts to befriend, buy from, and work with the townspeople, and it served to break down walls of inequality and injustice that had divided the town for decades. The impact was so positive that Dan Rather traveled there to tape a 2-part special for 48 Hours.

Allen Horowitz
5.0 out of 5 stars Allen Horowitz, Asheville, NC
Reviewed in the United States on July 21, 2020
Verified Purchase
Fantastic book. I could describe it as a thriller, but that doesn't capture the essence. The tale is one of redemption, altruism and getting a second chance for all to right our wrongs and do the right thing. Helping others can prove valuable for the ones who sacrifice to assist as well as the souls that are able change their histories.
The book spreads spiritual messages, but there is enough adventure and 'action' to satisfy readers of Child, Parker, and Coben as well as Chopra, Williamson and Meiss. I recommend it highly. Five Stars!
Read more
Helpful
Report abuse

Jo
2.0 out of 5 stars Bland preachy paranormal fantasy (?) with unwittingly bad message - 2 stars
Reviewed in the United States on August 16, 2020
I received a free copy of this novel in exchange for an honest review.

I didn't enjoy reading this, for the most part. It's fairly bland, very preachy, and the attempted emotional punches fall flat because they're either very predictable or concerning last-minute characters you don't have any reason to become attached to. It's very much a hold-hands-and-sing-kumbaya kind of book, which ordinarily I'm not wholly against, this was just a particularly tiresome and unrealistic example of it. There's also a lot of weird details, like the submarine and guy dressed up like an old-style English captain who are kinda behind the whole thing but never explained - just very bizarre. And of course many plot conveniences, like how the spirits can just teleport their hosts around wherever they need to go, both so the villain can be villainous, and also because the spirits would never otherwise finish their business by the arbitrary 7-day deadline.

My big problem, though, is that there is a HORRIBLE message concerning the relationship between two characters. One of them, whose name I forget, is an abused girl from a horrible background who ends up staying with a guy (Sonny, I think?) and his family on their ranch. They help her recover and heal. Sonny is "in love" with her, but she doesn't reciprocate. One night, they're walking home from a bar together, with him being plastered and her sober (or at least relatively so). He decides to make his move, and when she doesn't return his feelings...he pins her up against a brick wall in an alley, tries to rape her, bashes her head in when she fights back, and leaves her to die.

Now, this would be fine if he were some sort of villain, or even just something in her backstory to angst about (I hate this sort of thing, but whatever). But he isn't. She still has soft feelings towards him, to the point where she doesn't report the incident to the police, still feels butterflies towards him when they meet again (!), and considers him a possible love interest down the line because she's forgiving and forgetting (!!!).

Yes, you read that right. The man who genuinely attempts to rape her - not in a misunderstanding way, but in a very explicit attempt at intercourse against her will in a dirty alley - and then almost kills her by smashing her head into a brick wall, and finally /leaves her there to die/ (where she is almost assaulted /again/ by two other people) not only gets off without any consequences whatsoever, but her ability to forgive him and consider pursuing a relationship with him down the line is considered to be healing and noble on her part. The entire message of the book is that no crime is really beyond forgiveness and everyone should just get along, but it's taken to the worst extreme possible, and is genuinely sickening. I don't even have the words for how messed-up and horrible this is. It's genuinely extremely upsetting and disgusting.

For this reason alone, I wouldn't recommend this book to anyone, but even beyond that, it's simply not very good. Stay far away.
Read more
One person found this helpful
Helpful
Report abuse

Jaimi K
5.0 out of 5 stars Wonderfully unique
Reviewed in the United States on August 22, 2020
I rarely give 5 star reviews but I enjoyed this book immensely. I was very surprised to find that it was a debut novel. The premise was original and details thought out. The characters and pacing were well done. I appreciated the Christian philosophies that were subtly expounded upon in such a way that I believe they would not be offensive if a reader isn't Christian. I only had one niggling question afterwards that didn't derail my enjoyment of the book but leads me to wonder if there might be a sequel. I really hope that there is.
Read more
Helpful
Report abuse

sabrina williams
4.0 out of 5 stars Really well written
Reviewed in the United States on August 9, 2020
I really enjoyed the overall theme of forgiveness and selflessness in this story. I did have an issue with following the story only because there are so many main characters, and they each have their own story line. And the main story jumps from character to character. I voluntarily reviewed this story after receiving a free copy.
Read more
Helpful
Report abuse

Eren
5.0 out of 5 stars I read this book in one day. I couldn't put it down
Reviewed in the United States on July 22, 2020
The author has an amazing way of making the characters really come to life. I found the entire concept of Vessels mesmerizing. The chance to make things right in the afterlife would be amazing

Vanessa Staats
4.0 out of 5 stars Hard to put down
Reviewed in the United States on July 26, 2020
Interesting concept regarding the afterlife. It started slow but picked up and never let up.
Read more
Helpful
Report abuse
See all reviews