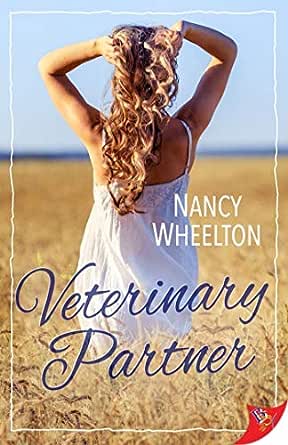 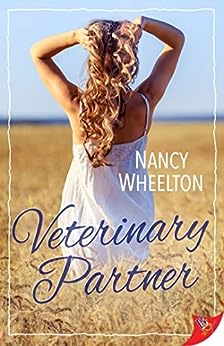 Nancy Wheelton graduated over twenty years ago from the Ontario Veterinary College in Guelph, Ontario. She spent the first few years after graduation working in a mixed animal practice in a small town in the province of Saskatchewan. Then she settled in the Great Lakes region of Ontario, where she is a practicing veterinarian.

When Nancy’s not kayaking, photographing wildlife, or working on her beach house, she enjoys the crashing waves and sunsets while writing. Please visit her at Nancywheelton.com. --This text refers to the paperback edition.

Val H
4.0 out of 5 stars Authentic read
Reviewed in the United States on July 1, 2020
Verified Purchase
Sometimes when I read books about veterinarians I think the information is not quite right or downright wrong. That’s not the case here and I was not at all surprised to find the author was a vet. I love to see my colleagues excell in new areas. Keep it up!
Read more
Helpful
Comment Report abuse

GTeller
5.0 out of 5 stars Dare to Love Again
Reviewed in the United States on June 21, 2020
Dr. Lauren Cornish, divorced from Tanya, and the veterinarian at Prairie Veterinary Services (PVS) in Thresherton, Saskatchewan;

Callie Anderson, owner of a five hundred acre farm and cattle ranch called Popularcreek. She is the widow of Liz, and step-mother of Liz's nine year old daughter, Becky.

This is a simple story of the complex issues around heartbreak, fragility and the surety that there is a reason to put heartbreak in its place.

Dr. Lauren becomes involved with the birthing of calves on Callie's ranch. She advises Callie that the heifers are too young to give birth, but there is a good reason the heifers are giving birth so young. The dastardly neighbor's bull got loose and impregnated the young heifers. And there starts the problem.

The Kruger family wants Callie's land and they will stop at nothing to get it, including trying to scare Callie off her land, land that has been in her family for generations. Callie struggles to keep her land, pay her bills and keep a roof over her daughter's head.

Lauren tries to help, but her attraction to Callie and her fear that she will break Callie's heart get in the way of her doing anything practical. And Callie and Lauren can't seem to stop getting in their own, and each other's way. If it wasn't sad, it would be a comedy of errors!

""All right, but dizzy." Callie rose as far as her knees. She vomited and would have fallen into it, but Lauren caught her and yanked her away in time.
That was sexy", Lauren said. She was ecstatic to have Callie alive and didn't care if she sounded foolish.
"Gross." Callie mumbled before fainting in Lauren's arms."

This is the kind of story I would write, if I could write stories and I learned about calving, knowledge I'm fairly certain I will never put to use, but I'm glad I learned it!

Bonnie Sherrard
4.0 out of 5 stars Very nice read.
Reviewed in the United States on June 17, 2020
Veterinary Lauren Cornish was just getting used to living and working in the small town of Thresherton in Saskatchewan. At the Prairie Veterinary Services she worked with a variety of animals but the main focus for the vet’s at PVS is working with the many farmers and ranchers keeping their livestock healthy. Lauren had recently moved from Toronto, leaving not only her ex wife but also leaving behind the children she helped raise from an early age. Since she’s moved so far away neither her son or daughter want anything to do with her. So all she can do is keep trying to reconnect with them. But Thresherton was perfect for Lauren, she enjoyed the quiet life. But lately it’s been anything but quiet. Seems like she spends a lot of her time at Poplarcreek farm.
Poplarcreek was owned by Callie Anderson, a young woman who had arrived there shortly after her wife Liz lost her life working as an Royal Canadian Mounted Police. Callie thought it would be good for their ten yrs old daughter Becky to experience life on the ranch where Liz grew up. She wasn’t planning on taking over the farm but when her father in law died she found herself trying to run the ranch without knowing all she needed to, especially when it came to her young heifer’s. It also doesn’t help to have Callie’s neighbor’s the Krugers, who were willing to try anything including stealing cattle, in their quest to take over Poplarcreek.
Now here they are, Lauren who never wanted to have another committed relationship and Callie who is just starting to begin living again. This is the first time I’ve read a book by Ms Wheelton and I have a feeling that it won’t be the last. A very nice read.
ARC via NetGalley/ Bold Stroke Books
Read more
Helpful
Comment Report abuse

Aleana Harris
4.0 out of 5 stars Ok Read
Reviewed in the United States on June 17, 2020
I received an ARC copy of this book from the Publisher via Netgalley and voluntarily leaving my review.

Callie and Lauren has a lot of baggage. Callie is a young widow with a daughter who is struggling to keep her farm but is determined to succeed. Lauren is a vet and she stills hurting over her family rejects that she has walls up that keeps everyone at arms length. I’m a bit annoyed because Lauren with her self doubt comparing herself to Callie wife Liz and pushing Callie and Becky away also was annoyed because I’m sorry Lauren children even though we only read a glimpse of them to me is selfish because they seem to blame her more then their mother TJ just because she move didn’t mean Lauren was abandoning them and hate that characters kept saying that also felt that to me it was easy to blame Lauren because she isn’t really their mother because it takes two to end a marriage and I felt TJ didn’t really fight to tell their children it’s was mutual even though we have that one glimpse of her.

As they get to know each other they have to stand together when danger comes but what they didn’t expect is falling for each other.

For first debut it was ok read. I mean it took me time to warm up to the main characters because
I was getting annoyed with both of them I get it you don’t want to ask for help but it doesn’t means your weak it means your strong because you had the strength to ask.
Read more
Helpful
Comment Report abuse
See all reviews from the United States