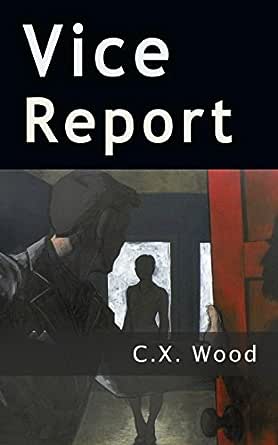 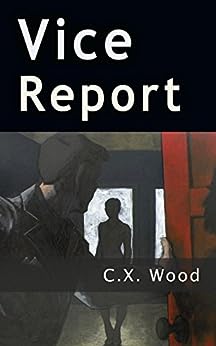 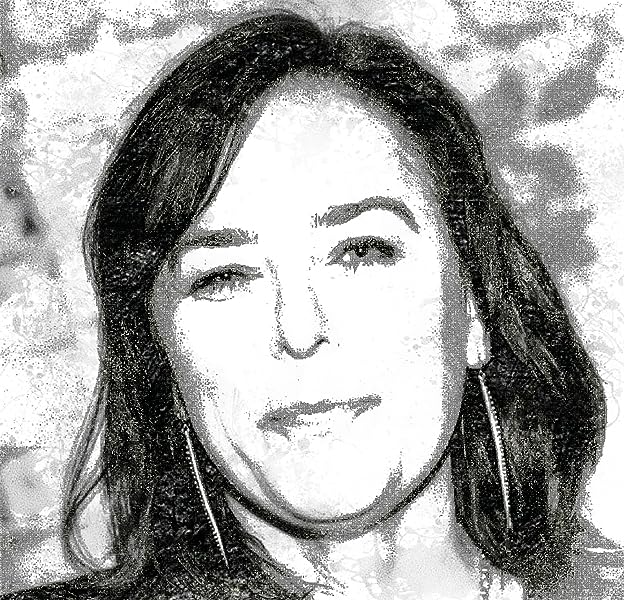 "Fast-moving, compelling and consistently satisfying." -George Campbell
"...a terrific crime novel with compelling characters and a cracking good story." -Glenn McDonald
"I really enjoyed it and am now looking forward to the next one." -C. Workman
"Mona Breen, the narrator of Wood's promising first novel and series launch, covers crime for Vice Report, a seedy website based in Oakland, Calif., and brings in additional income by writing online sex fantasies for a site that requires the stories to be ones that "a slow reader" can finish in seven minutes or less. When her boss, Grant, gets a tip, Mona responds to the apartment of Veronica Wolfe, who was found dead after a neighbor reported a suspicious smell. The woman's sister, Dahlia Black, who's the wife of a noted crime writer, tells Det. Devin Powers, the investigating officer, that Veronica was an addict for most of her life. The authorities later determine that she died of an opioid overdose, but both Devin and Mona suspect foul play. Mona uses Veronica's case to persuade Grant to approve some serious journalism, allowing her to explore the human dimensions of the opioid epidemic. Fans of capable and complex female leads, who struggle to manage personal difficulties with professional ambitions, will look forward to future books." (BookLife from Publisher's Weekly.)

I have long been a fan of the mystery genre. I like all of it but especially the San Francisco and Florida schools of hard boiled. For some reason, probably because the protagonist is almost always male, I never thought I would write one. But when my sister died of an overdose a couple of years ago, I realized that one element I love about mystery is that, usually, you meet one of the characters after she dies. The reader learns about that character's life from objects left behind, in reverse.

Once I knew that I wanted to tell my sister's story that way, a lot of other elements I had been playing with -- the slight difference between romance and tragedy, the tragic decline of marriage, how the hard-boiled genre works from a female perspective, and a piece I had been sketching that was a loose interpretation of Shakespeare's Othello -- wanted to get in on it.

Somewhere along the way, I also found myself creating a world where journalists are heroes, chauvinists are villains, and people doing everyday jobs -- detective, owner of a sleezy clickbait site, bartender, IT guy -- band together to save the world from evil.

Someone once told me, "Don't save your ideas for something else. Cram them in." That runs counter to magazine writing, but it worked here, I think. In fact, it encouraged a story that started out as one mystery to become a long-form story arc with five parts. Each book is one piece of a larger story. I'm not saying any more about that until book five is completed.

Mona Breen is a typical suburban mom, except her life is in ruins. Her career is in the toilet. Her marriage is dangerous. Even her friends are toxic. The one thing that keeps her going is the same thing everyone in her life tells her to quite: her crappy job covering true crime for the sleazy clickbait site Vice Report.

Then she gets an assignment. It's another dead addict. This one is pretty, though, so her story will make good click-bait. While shooting sordid photos of her, Mona sees -- in the cold, lifeless eyes -- a woman who gave up. This crime scene in a sketchy Oakland neighborhood should be a low point in her already terminal career. Instead, it offers Mona redemption. She meets two detectives on a covert mission, gets caught in a plot involving her favorite hard-boiled mystery writer, and finds--in examining this lonely death -- purpose.

Mona--named by her theater-stricken mother for Shakespeare's Desdemona--struggles to shape her own story as she writes the tragedy of this corpse. Is Mona's life also a tragedy? Or could it be a romance, after all?

C. X. Wood is an award-winning journalist who has been published in numerous national magazines including Family Circle, Better Homes and Gardens, and Popular Science. She lives in California, Oregon, or North Carolina, depending on her mood and the weather.
Read more

4.4 out of 5 stars
4.4 out of 5
15 customer ratings
How does Amazon calculate star ratings?
Amazon calculates a product’s star ratings based on a machine learned model instead of a raw data average. The model takes into account factors including the age of a rating, whether the ratings are from verified purchasers, and factors that establish reviewer trustworthiness.

Book Babe
2.0 out of 5 stars Not Much Substance
Reviewed in the United States on October 6, 2018
Verified Purchase
I looked forward to reading this book to learn more about the "behind the scenes" of a click bait site. I read click bait, drawn in by the catchy, partial "you must read more" headline. I thought the writing was okay, the plot was interesting (although thin at the end), but I had a strong dislike for the main character. She is everything I dislike about women...whiny, bay area progressive, everything is her husband's fault, with 1%er problems. And cheating on her husband with a guy cheating on his wife made me like her less. I think the author got a little lazy and decided to write about a character who would capture the hearts of the #me too readers. But to me she came across as selfish, spoiled, and bratty.
Read more
2 people found this helpful
Helpful
Comment Report abuse

Gary Eldridge
5.0 out of 5 stars This book will stir all your emotions and leave you satisfied, but wanting more!
Reviewed in the United States on July 6, 2018
Verified Purchase
Wow! Great read! Lots going on here, plots, sub plots, mystery, romance, a couple doses of hard reality, relationships….. After a point it’s pretty hard to put it down. The book will need your attention if you want to keep up with everything, there’s a lot going on. I’m also impressed when, in the course of being entertained, I realize I’ve been informed and learned something very socially significant. Also appreciated being on the razor edge of the latest technology the Bay Area has to offer. Very cool book
Read more
3 people found this helpful
Helpful
Comment Report abuse

Dennis Baum
5.0 out of 5 stars We needed a new hero, and C. X. Wood delivered!
Reviewed in the United States on June 1, 2018
Verified Purchase
A fantastic new take on classic noir detective mysteries! We see the world through the eyes of a strong and smart female reporter who is struggling to make sense of a world that is falling apart around her—both out in the world and inside her own home. But Mona Breen finds answers, and even happiness, where she can.

C. X. Wood does a fantastic job of building an ensemble cast of characters that includes lovable heroes and hateful villains. If you like Joss Whedon shows (Buffy, Angel, Firefly, Avengers) then you know how fun and heartbreaking a great ensemble-cast-story can be!

I’m so glad that this is part one of a series, because while Vice Report is super satisfying as one complete book, I can’t wait to revisit these characters to see where they go! And now that I’ve mentioned Whedon and thought about it… this story would make a great TV show. Maybe an Amazon Original since it’s published on Amazon?

C. X. Wood has got it all: great characters, interesting storylines that move along, a little bit of Shakespeare, a significant nod to the noir detective genre, and the collapse of the fourth estate, all in orbit around a smart and determined female reporter!

Full disclosure: I helped proofread the Beta copy for C. X. Wood, so I got to read Vice Report before it was released, and then again when I bought the final version you see here. I loved the Beta version, and this final version is even tighter! Bravo!
Read more

FL83
5.0 out of 5 stars Leaves you wanting more
Reviewed in the United States on December 12, 2019
Verified Purchase
It took me a cpuple chapters to get into the book, but once I did I was hooked. It was well written and hard to put down. There was a story within a story, but was written well so it was easy to focus on both.
Read more
Helpful
Comment Report abuse

It was a pleasure reading a book with many thoughtful, caring characters. Hopefully all of them will appear when Mona tackles her next crime story. I liked Mona. She’s smart, but not perfect. For me, that’s what made her so human. I wanted to shake her several times. She stayed in an abusive marriage far too long. And there were a few despicable characters in Vice Report, as well. My blood pressure rises even now thinking about them.

I very much enjoyed Woods novel, and I look forward to reading her next one.
Read more
2 people found this helpful
Helpful
Comment Report abuse

George Campbell
5.0 out of 5 stars My Pick for A Great Summer Mystery Read and More!
Reviewed in the United States on June 11, 2018
The theater world is filled with plays within plays. C. X. Wood's Vice Report is like that, sort of. Set in California's Bay Area, the inner story is a seamy crime investigation. That's wrapped in a story about a struggling freelance writer with a husband and two teen children, working lately for a tabloid news website. Assigned to cover an apparent drug overdose death, Desdemona (Mona/Mo) is drawn into something far more sinister, weird, and complicated. Wood's clean, literate first-person narrative draws the reader inexorably into both tales. Smart, scaled descriptions of characters and scenes generate clear mental images effortlessly. Fast-moving, compelling and consistently satisfying. Where does Mo go from here? I can't wait to find out in the next volume. Seriously...Read Vice Report. You'll be waiting impatiently, too.
Read more
2 people found this helpful
Helpful
Comment Report abuse

ethel
5.0 out of 5 stars excellent writing,look forward to resding another book by this new author
Reviewed in the United States on June 10, 2018
This story has all the right ingredients to keep one reading to find out how the heroine Mona resolves her issues, I laughed, cried and finished it in a day. For a first novel it holds out the promise of more good readingtocome from this author.. I highly recommend it
Read more
2 people found this helpful
Helpful
Comment Report abuse
See all reviews from the United States