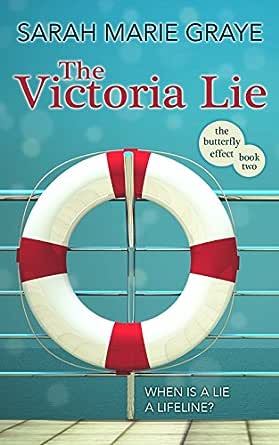 You've subscribed to The Butterfly Effect! We will preorder your items within 24 hours of when they become available. When new books are released, we'll charge your default payment method for the lowest price available during the pre-order period.
Update your device or payment method, cancel individual pre-orders or your subscription at
Your Memberships & Subscriptions
There was an error. We were unable to process your subscription due to an error. Please refresh and try again. 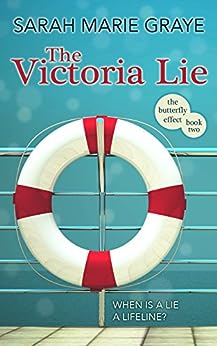 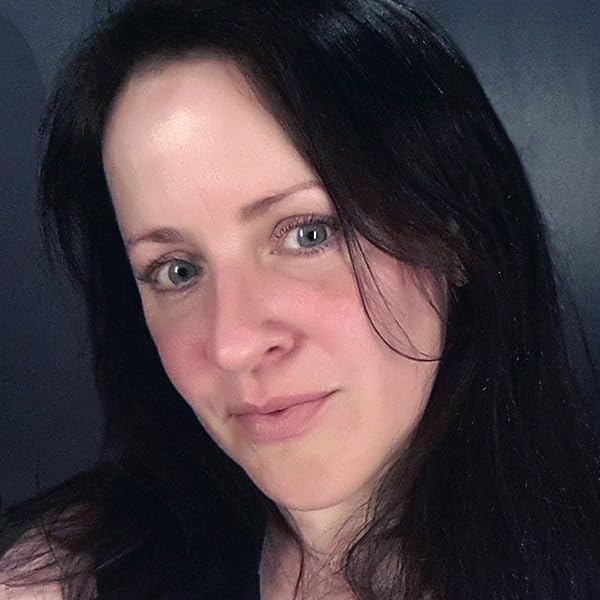 The Victoria Lie: When is a lie a lifeline? (The Butterfly Effect Book 2) Kindle Edition 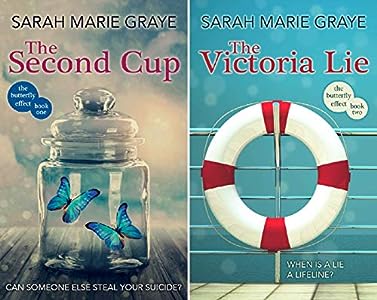 4.2 out of 5 stars
4.2 out of 5
11 global ratings
How are ratings calculated?
To calculate the overall star rating and percentage breakdown by star, we don’t use a simple average. Instead, our system considers things like how recent a review is and if the reviewer bought the item on Amazon. It also analyzes reviews to verify trustworthiness.

Patricia, Reviews by Room With Books
4.0 out of 5 stars I encourage you to read this book and open a dialogue with your family. It might save a life!
Reviewed in the United States on September 30, 2018
Verified Purchase
THE VICTORIA LIE by SARAH MARIE GRAYE is the second book in THE BUTTERFLY EFFECT SERIES.

THE VICTORIA LIE focuses on Zoe’s suicide attempt and the affect her plan has on those around her. Although this is the second book of a series, it stands alone very easily!

Zoe’s plans for her own death go awry and we are given a very close, inside look at the impact this has on the lives of her friend, Alison, and boyfriend, James.

Ms. Graye has written THE VICTORIA LIE in the same style as THE SECOND CUP (Book 1). The dialogue between the characters and each character’s internal dialogue is seen throughout the book. She allows us to see each of them in the moments as each learns of Zoe’s suicide and then we become more intimately acquainted with each of them as the book progresses.

Writing THE BUTTERFLY EFFECT SERIES, Ms. Graye is touching on some very real-life issues that we, as a society, are hard-pressed to discuss. I greatly admire her for writing about issues that are difficult to face!

I strongly encourage you to read this book, and then have your teens read it. It very well may open the dialogue that saves a life!

I give THE VICTORIA LIE by SARAH MARIE GRAYE four cups of steaming hot Reviews by Room With Books Coffee!

Steph Warren
4.0 out of 5 stars An in-depth exploration of the effect of suicidal impulses on friendships
Reviewed in the United States on September 27, 2018
*I received a free ARC of this book via Rachel’s Random Resources blog tour, with thanks to the author and publishers. The decision to review and my opinions are my own.*

The Victoria Lie is the second in Sarah Marie Graye’s The Butterfly Effect series, following an overall theme of the decisions we make and how they impact those around us. In this book there is more of a focus on suicidal impulses and actions than in the previous, so it may be triggering for some people, especially in the detailed realism of Zoe’s planning.

Whilst a few of the characters from The Second Cup do pop up here, it is more in almost a cameo role towards the very end of the novel, so this can definitely be read as a standalone story. As someone who has read both, I felt somewhat starstruck by the reappearances of Faye and Beth in amongst these new characters and new story, almost like when tv series do crossover episodes and you see Horatio Caine and co outside of their usual context!

In terms of similarities to the previous book, I would say that the writing style and structure are the same; moving between the narrative viewpoints of the characters to give the reader a full and intimate insight into the motivations behind the actions we see.

Most of the story involves conversations between the characters and flashbacks to their memories to provide context for their current thoughts, therefore there is not a lot of action after Zoe’s first initial and impactful journey. However emotionally there is a lot going on here and the exploration of lies (that we tell ourselves and others), mental health issues, and relationship analysis is both thought-provoking and moving. Graye also throws in a couple of unexpected curve balls which made me reassess the whole situation and come to some different conclusions.

For example, I initially disliked all of the characters, with the notable exception of Ruby. Zoe, Alison, Tori and James all came across as selfish or self-centred, to the point of sociopathic manipulation in some cases. Gradually though, as the author drew me into the inner lives of the characters and revealed more about how and why they behave the way they do, I realised that maybe I had been a bit too quick in my first impressions and my sympathy grew for all bar one of them (no spoilers!). I can’t say I’d want to be roommates with any of them, except Ruby, but at least I had more understanding and empathy (a lesson I learnt alongside and with the characters!).

The Victoria Lie is another well-written female-centric novel, this time exploring some of the intricacies of mental health and forming/sustaining relationships at times of mental unhealth. This would be a great book for book group discussions as there is a lot of food for thought here.

Tell yourself a lie enough times, it feels like the truth. It seeps into the cracks and your sponge brain becomes swollen with it. It becomes part of who you are.
If anyone questions it, you’re horrified, indignant – of course it’s true. It’s only later you remember, sheepishly, it’s not.
How many of the certainties in your brain started as lies?

CattieA
3.0 out of 5 stars Interesting way to put life in perspective.
Reviewed in the United States on September 24, 2018
Reviewed on behalf of 3 Degrees of Fiction Book Blog

I love the kind of stories where authors take real life issues, especially ones that aren't spoken much of, and shines a spotlight on said issue with a book that many will read and gain understanding and even take something away from it. The Victoria Lie by Sarah Marie Graye is that type of story but written in a much different way, not so much about the victim but more for who gets impacted. My first from this author so I'm not used to her style of writing.

The Victoria Lie is a story about suicide without the person actually being gone. Zoe plans everything out in such a way that still gives her time to say goodbye and explain why she doesn't want to live anymore. But her plan backfires with each visit from someone and she goes from being the center of attention to a background player while the rest find their way to move forward without her.

It's an interesting story but at the same time left me confused. There was actually less about Zoe and more about the few friends and boyfriend she has. Each one has their own issues that doesn't even get acknowledged until well after learning about Zoe's suicide attempt and that she is dying. Sometimes it felt the characters were more childish playing the "my friend not yours" game. And honestly I didn't connect to any of them. There's about five people in total to keep track of but no one stood out to me and I easily forgot at times who the characters were. I'm sure The Victoria Lie is great for others and may even help someone who has the same thoughts as any of the characters, but I can say this really wasn't my kind of book.
Read more
One person found this helpful
Helpful
Report abuse
See all reviews

L.T.Marshall
5.0 out of 5 stars Mental health carefully woven into a tale about friendship
Reviewed in the United Kingdom on August 19, 2018
Verified Purchase
I read the first in this series a while back and really was drawn into the poetic way this writer puts words on the page.
This one - The Victoria Lie, looks at how mental health issues can affect friendships and relationships. It is basically about a planned suicide, something which I myself have experienced with more than one close friend. I think it really touched a nerve seeing the inside and looking out of what my closest friend planned and carried out. luckily without success. Saying goodbye is actually what prompted us to take action and save her, we just knew something was wrong. This book reminded me of the reality of that period of time and my friend.
The book is a deliberately slow-paced story, such is life, and is often about thoughts more than actions - so it won't be for everyone. I however adore psychology, realism, reading between the lines and just cannot fault how 'clever' this book is. Maybe because I can relate. I can apply the plot to a real life encounter - or two.
The use of language to create imagery gets five stars from me, definitely a fan of this author now and will await more in this series.
Not enough people write about mental health with such delicacy and understanding.
Read more
2 people found this helpful
Report abuse

Amazon Customer
5.0 out of 5 stars An eye-opening insight into mental health issues wrapped in a great story
Reviewed in the United Kingdom on November 21, 2018
Verified Purchase
What a fantastic book! I really enjoyed Graye’s first novel, so I couldn’t wait to read this one and then I didn’t want to put it down (had to, just to get off the train!).

I didn’t warm to some of the characters initially, but then we don’t meet them at their best. The most intriguing thing about this book is the way the motivations and backstories of the main characters are gradually revealed and your view of them shifts as a result. It’s definitely worth letting the characters draw you into their world.

Graye does not shy away from tackling difficult issues (e.g. suicide) and it’s worth a read just for the insight into what it might be like to live with mental health issues (if you’re lucky enough not to be one of the 1 in 4 people with first-hand experience). Ultimately, though, this is a thought-provoking story about friendships and why we make them and why some last and others fade away.

I loved the recurring references to the tube (in particular, the Victoria line – tying in with the title). These little details bring different strands of the story together in a really neat way – so clever.

All in all, this was a great read. Definitely recommend.
Read more
One person found this helpful
Report abuse
See all reviews