The Victorian Internet and millions of other books are available for Amazon Kindle. Learn more 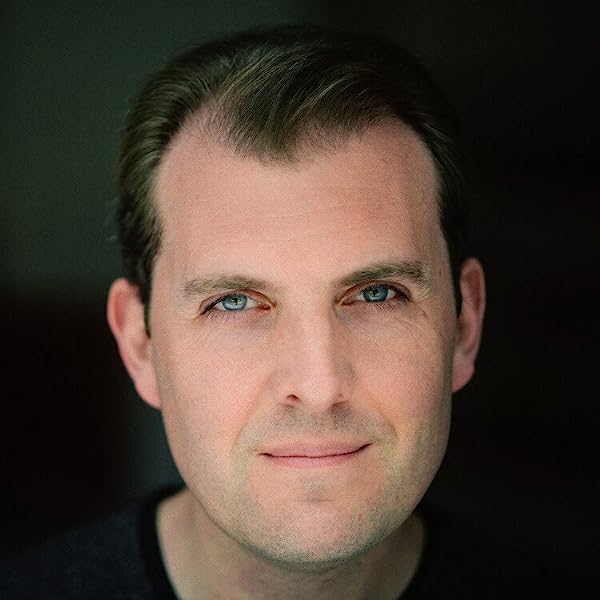 The Victorian Internet: The Remarkable Story of the Telegraph and the Nineteenth Century's On-line Pioneers Paperback – February 25, 2014

Tom Standage is digital editor at the Economist and editor-in-chief of its website, Economist.com. He is the author of six history books, including An Edible History of Humanity, the New York Times bestseller A History of the World in Six Glasses and The Victorian Internet. His writing has also appeared in the Daily Telegraph, the New York Times and Wired. He lives in London.

Start reading The Victorian Internet on your Kindle in under a minute.

4.5 out of 5 stars
4.5 out of 5
234 global ratings
How are ratings calculated?
To calculate the overall star rating and percentage breakdown by star, we don’t use a simple average. Instead, our system considers things like how recent a review is and if the reviewer bought the item on Amazon. It also analyzes reviews to verify trustworthiness.
Top reviews

The books moderate length was written in a well balanced manner. It is quite intertaining and full of interesting storries and facts.

I give Tom Standage a thumbs up for this writing. It has been on my shelf of books to read for some time. I am really glad I picked it up and read it.

I have been in the telecommunications field for over 30 years. I have found this book to be very educational as well. The author defends the title well by making a parallel connection to the Internet of today. I was not disappointed in anyway with Mr. Standage's ability to tell this story. Great job!

Eric Mayforth
5.0 out of 5 stars The Telegraph and Internet Compared
Reviewed in the United States on May 24, 2019
Verified Purchase
For millennia, communications traveled only as fast as horse or ship could carry them. In "The Victorian Internet," author Tom Standage tells the story of how the telegraph was a revolutionary advance in communications, how it shrunk the world, and how the advent of the telegraph was in many ways similar to the appearance of the Internet a century and a half later.

Standage recounts the beginnings of the telegraph stretching back into the eighteenth century. He highlights the key figures who developed the telegraph, including Samuel Morse, and the fits and starts along the way that led to the maturation of the technology.

Just as with the Internet in the 1990s, many greeted the telegraph with skepticism in the 1840s, but for most there was excitement about the revolution in communications. Standage describes the spread of the telegraph across the United States and Europe, and recalls the rapturous reaction on both continents when the great human accomplishment of the transatlantic cable was actuated.

Other similarities between the early days of the telegraph and the early days of the Internet included new openings for commerce, love, crime, and use in warfare. Telegraph operators in the 1840s were viewed as cutting edge, much as the first web developers were in the 1990s. The telegraph was eventually eclipsed by other technologies, and Standage closes "The Victorian Internet" by looking at its decline, fall, replacement, and legacy.
Read more
One person found this helpful
Helpful
Report abuse

ChesserCat
5.0 out of 5 stars Important history for anyone who wants to understand our Internet-connected world
Reviewed in the United States on September 22, 2019
Verified Purchase
I'm a fan of tech history. I'm a firm believer that, if you want to understand WHY things are this way, we must understand how we got here. This book connects a lot of the dots.

One of the chapters talks about a multi-story telegraph office in London, where this floor handled pneumatic tubes carrying messages locally, this floor handled messages traveling within England and this floor handled nothing but international traffic. The parallels with a modern router, handling LAN and WAN traffic, along with VPNs, is unmistakable. Amusing to hear what people in the Victorian Era used for plastic (as that material hadn't been invented yet).

All in all, an interesting, informative and amusing read.
Read more
One person found this helpful
Helpful
Report abuse

Dr HTop Contributor: Photography
5.0 out of 5 stars A Fun Read
Reviewed in the United States on January 9, 2015
Verified Purchase
This is an entertaining little study on how the impact of the development of the internet on contemporary society uncanily paralled the impact of the telegraph on Victorian society. Standage makes his case with clever historical reference and light humor. One can clearly see the similarities between a younger generation growing up with the "new" technology of telegraphy at the turn of the 19th-20th centuries and the- social impact made by internet culture on the generation which came of age at the turn of the 20th-21st century. Amusing to note how past luminaries like Thomas Edison could practically have been exchanged for more recent superstars like Steve Jobs or Bill Gates. And the problems encountered -- and engendered -- by both technologies were not dissimilar, either, as scoffers and luddites dragged their heals, even while well-healed entrupreneurs were looking for every possible way to make a buck off users of the new communication systems, and governments were arguing about if, and how to regulate the d&mned things.

For a cogent and fascinating comparison of the golden age of telegraphy with today's internet, the Victorian Internet nicely fills that niche.
Read more
8 people found this helpful
Helpful
Report abuse

Kindle Customer
5.0 out of 5 stars A look at global communication.
Reviewed in the United States on July 24, 2019
Verified Purchase
A very interesting story about the rise of long-distance communication in the world. There were ways that preceded radiotelegraphy, a new bit of knowledge for me. There were competing ideas about how to do long-distance radiotelegraphy, also news. The image of the telegraph operator we see in old western movies is only partly accurate; this book paints a more complete picture. The radiotelegraphy system evolved rapidly and disappeared rapidly. As the book states, the radiotelegraph was very much like the internet, albeit the early internet. This is a good book, well worth the time and money.
Read more
Helpful
Report abuse
See all reviews

Metropolitan Critic
5.0 out of 5 stars Superb popular science
Reviewed in the United Kingdom on May 28, 2011
Verified Purchase
Standage tells the story of the telegraph in this delightful short book. It opens with a chapter on the 'optical telegraph' - the signalling system based on a network of mutually visible towers which flourished particulaly in France. After this, it traces the decisive step made by Morse, Cooke and Wheatstone in harnessing electricity to convey messages. There are fascinating chapters on the sceptics who doubted the value of the new technology; the problems of inter-continental cable laying; alternative messaging techniques such as capsules shot through tubes with compressed air; the use of the electric telegraph by criminals as well as the police; online telegraphic romance; the hopes that instant communication would lead to international conflict resolution; and the growing realisation that in fact it was an invaluable military techonology.

Finally telegraphy is over-taken by telephony, which allows a greater rapidly of communication and requires no intermediaries. The book closes with some thought-provoking remarks as to how new and revolutionary the Internet really is.

Throughout the material is admirably selected and the writing witty and clear. It is also a self-effacing book: as far as could be seen, the word 'I' (in the sense of 'Tom Standage') appears exactly once - in the acknowledgements section. Strongly recommended. His book on planetary discovery (The Neptune File) is also superb.
Read more
2 people found this helpful
Report abuse

ChrisB
5.0 out of 5 stars Easy to absorb . .
Reviewed in the United Kingdom on July 29, 2016
Verified Purchase
The story of the development of the telegraph, written to be easy to understand. Enough for most people, and a good overview.

also look at "A thread across the ocean, the heroic story of the transatlantic cable" by John GORDON
Read more
Report abuse

JohnT
5.0 out of 5 stars Great Book
Reviewed in the United Kingdom on October 2, 2010
Verified Purchase
This is a fascinating book. It changed the way I think about communication and the impact of changes in the speed of communication has had on society.

In particular it convincingly argues that the telegraph and telegrams were the real revolution, in that they provided a global near instantaneous communication system which was a revolutionary change compared with anything which existed before. This was the start of a change which ultimately led to the modern internet and world wide web.
Read more
Report abuse

Neville Merritt
5.0 out of 5 stars Social Networking is Not New!
Reviewed in the United Kingdom on August 20, 2011
Verified Purchase
A brilliant little book, describing the development of the first connected messaging system, the telegraph. The story of its development, the economic, social and political impact has fascinating parallels to the present day. This book is well written and entertaining, with the help of some amusing side stories.
Read more
Report abuse

jdmitch
5.0 out of 5 stars Fascinating read
Reviewed in the United Kingdom on October 30, 2013
Verified Purchase
Great book about a slice of history I wasn't aware of, with interesting implications for how we view communication and the internet (obviously) today. SPOILER ALERT: Its not a sci-fi book about someone who actually invented the internet 150 years ago, its a non-fiction book about a communications system in use then which has some broad similarities to the internet today.
Read more
Report abuse
See all reviews

Page 1 of 1 Start overPage 1 of 1
Previous page
Next page
Pages with related products. See and discover other items: history of telecommunication, pioneer books
Back to top
Get to Know Us
Make Money with Us
Amazon Payment Products
Let Us Help You
EnglishChoose a language for shopping. United StatesChoose a country/region for shopping.
© 1996-2021, Amazon.com, Inc. or its affiliates