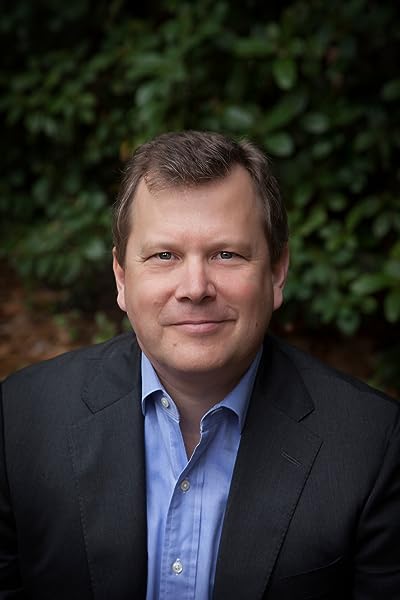 Victory: The Reagan Administration's Secret Strategy That Hastened the Collapse of the Soviet Union Paperback – April 1, 1996

Victory tells the story of a secret U.S. strategy developed in the Reagan White House in early 1982 that hastened the demise of the Soviet Union. In this explosive book, Peter Schweizer provides the riveting details of how the Reagan administration undermined the Soviet economy and its dwindling resource base while subverting the Kremlin's hold on its global empire. Using secret diplomacy, the administration dramatically reduced Soviet income while at the same time driving Moscow to expend an increasing amount of precious assets. On another level, the administration provided covert aid to indigenous forces in Poland and Afghanistan to roll back Soviet power.

The development and execution of these policies was limited to a few members of the Reagan inner circle. Based on exclusive interviews with key participants, including Caspar Weinberger, George Shultz, John Poindexter, Robert McFarlane, William Clark, and others, Victory chronicles the drama as it unfolded. From the secret trips of CIA director Bill Casey to National Security Council plans to damage the Soviet economy, the complete American strategy is revealed for the first time. Interviews with senior Soviet officials from the KGB, Politburo, and Communist Party Central Committee offer Kremlin perspectives on these American initiatives, and secret government documents-both Soviet and American-offer a conclusive paper trail on this world-turning period.

For the first time, read about the plan from several top-secret National Security Decision Directives (NSDDs) signed by President Reagan early in his administration:

NSDD-32, which stated that it was U.S. policy to "neutralize" Soviet power in Eastern Europe

NSDD-56, the first shot in the economic war that helped bankrupt the Kremlin

NSDD-75, which declared that it was U.S. strategy to attack Soviet weakness and "roll back" Soviet power

No singular event of policy pushed the Kremlin over the brink. The power of the Reagan administration's strategy was in its cumulative effect on the Soviet system. Learn why and how Ronald Reagan helped bring down the Soviet Union.

"This extensively researched study is fast-moving, exciting, and accurate."--Forbes

"Victory is the result of exhaustive interviews with key strategists and leading chaos masters of the Cold War's endgame. It chronicles the fascinating details of how one of the greatest empires on Earth was brought down almost exclusively by peaceful means."--The Washington Times

Peter Schweizer is a best-selling author who completed this book as a media fellow at the Hoover Institution of War, Revolution and Peace, Stanford University. He lives with his wife in McLean, Virginia. His written work has appeared in the New York Times and the Washington Post.

4.8 out of 5 stars
4.8 out of 5
45 customer ratings
How does Amazon calculate star ratings?
Amazon calculates a product’s star ratings based on a machine learned model instead of a raw data average. The model takes into account factors including the age of a rating, whether the ratings are from verified purchasers, and factors that establish reviewer trustworthiness.
Top Reviews

John Desmond
4.0 out of 5 stars A much needed recap of who really won the Cold War
Reviewed in the United States on December 8, 2019
Verified Purchase
I recently viewed a documentary on the collapse of the Soviet Union that managed to avoid mentioning Reagan’s name even once. This book rightly credits the B-grade Hollywood actor with engineering the downfall of a vast empire at its peak despite the “wise” advice of the talking heads in Washington. Gorbachev got his Nobel and arguably deserved it, but Reagan really should have at least shared it, unlike later presidents who got one for nothing.
Read more
3 people found this helpful
Helpful
Comment Report abuse

Kevin M Quigg
5.0 out of 5 stars Reagan consigns the Soviet regime to the ash heap of history.
Reviewed in the United States on February 15, 2015
Verified Purchase
This book is about how Ronald Reagan destroyed the Soviet Union. He supported the Solidarity movement in Poland with cash and supplies, along with the opposition in Afghanistan that created a guerrilla war that the Soviets could not overcome. He got the Saudis to lower the cost of oil by becoming a strategic ally of the kingdom. He cut off the flow of technology to the Soviets that caused their industrial machine to falter. Many have said that the Soviet Union just failed when it was a well organized campaign that toppled the Soviet regime. Gorbachev certainly helped in the fall of the Soviet regime. Others like Bin Laden claim that their guerrilla tactics caused this great state to fail. Ronald Reagan and his policies toppled the Soviet regime and caused the communist system to be discredited.

I loved this book and the revelations on how American policy caused the Soviet regime to be consigned to the ash heap of history. A solid read about how policies truly due matter.

Brian Keahl
4.0 out of 5 stars You almost feel sorry for the Soviets ... almost.
Reviewed in the United States on October 12, 2013
Verified Purchase
This book does an incredible job of describing the Reagan Administration's efforts to end the Cold War. No book is perfect, and I'm sure there are some nits to pick, but the book accurately describes the events of the time and why President Reagan, Director Casey, and the Reagan Administration deserves credit for the fall of the "Evil Empire".

As you read about how the U.S. allowed "stolen" plans, flipped spies, technology bans, oil production, and defense buildups (real and imaginary) to push the Soviet Union over the cliff you'll find yourself thinking "Those poor bastards ..."

While Gorbachev's actions provided a gentler landing when the country fell, that was not his intention. As the country began to unravel he came to the incorrect conclusion he could maintain the empire by giving the citizens a little bit of freedom. Once citizens were given the taste, enough to verbalize discontent with the Communist government, there was no turning back.

All this being said, you may find yourself having to deal with the harsh realities of international relations, how we dealt with rather unsavory types throughout the Cold War, even during the final years. However, this is the reality of living in a world full of nations with competing, and often conflicting, interests. It give great insight into why those with a clear vision of the world they'd like to see will always be more successful in their presidency than those who view foreign policy as secondary.

A great read and very educational.

Ted Zaharchuk
5.0 out of 5 stars Well documented history of "the game"
Reviewed in the United States on May 14, 2014
Verified Purchase
Some years ago I met a former cabinet minister of the Gorbachev government in the Soviet Union. After many glasses of vodka he began to tell me that all senior members of the government at the time realized that Gorbachev and Reagan were playing a "game of poker" with "Star Wars" being the principle trump card played by the American President. Reagan kept "upping the ante" until Gorbachev realized that the Soviet Union would bankrupt itself by trying to maintain its military position. The decision to pull out of East Germany followed directly from this realization. And then came the destruction of the Soviet Union!

This book documents the broader aspects of the "game". Great detail is provided on the personalities and tactics employed by the Reagan team, especially in Afganistan, Poland and with the Arab world to manage the world oil price to assist in the bankrupting of the Soviet Union.

I couldn't put this book down until I finished it! Nor could I prevent myself from lamenting the disastrous decline of direction that has affected America since the Reagan years. The current inhabitant of the White House is not even in the same ballpark as Reagan. A pity!
Read more
5 people found this helpful
Helpful
Comment Report abuse

In addition to the expected personal heroism and efforts of Reagan, Thatcher, and Pope John Paul, the most interesting thing to me was the recounting of the swashbuckling, behind the scenes, spy work and diplomacy of William Casey, who I doubt anyone thinks much of as a fascinating hero (unless of course, they read this fun, fast-reading, book).
Read more
3 people found this helpful
Helpful
Comment Report abuse

Edward J CumminsJr
5.0 out of 5 stars Excellent Story Which Explains a Lot
Reviewed in the United States on May 3, 2013
Verified Purchase
Victory is a terrific story which explains much of what happened in the US during the Reagan governance. The obvious is the collapse of the Soviet Union. This collapse had been predicted by Goldwater and Vandenberg for years. They saw the USSR as misguided, inefficient and "Upper Volta with missles." Reagan had the opportunity to act and did it and did it mostly in secret. His policies seeded the US technology industry and staggered the oil industry. When Adm. Poindexter, a senior defense official, was asked why they were willing to virtually wreck the economy of the oil states, Poindexter replied that there are always casualties of war. That means it was deliberate. By far the most intriguing character in the story is William Casey, head of the CIA. What a remarkable player. Everyone needs to read this book.
Ed Cummins Houston, TX
Read more
3 people found this helpful
Helpful
Comment Report abuse

Osagi-San
5.0 out of 5 stars Clear vision and focused policies lead to victory.
Reviewed in the United States on June 19, 2015
Verified Purchase
Amazing insights into the deliberate and focused policies of President Reagan to force the Soviet Union into economic failure thus leading to its collapse. Not bad for a ..."dunce" as his enemies called him.
Read more
2 people found this helpful
Helpful
Comment Report abuse
See all reviews from the United States