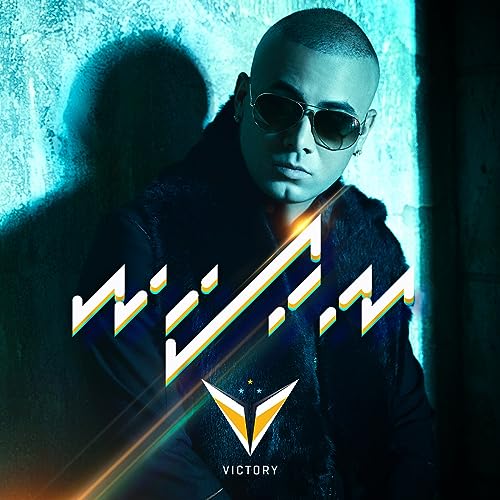 4.7 out of 5 stars
4.7 out of 5
50 global ratings
How are ratings calculated?
To calculate the overall star rating and percentage breakdown by star, we don’t use a simple average. Instead, our system considers things like how recent a review is and if the reviewer bought the item on Amazon. It also analyzes reviews to verify trustworthiness.
Top reviews

thomas hohsfield
5.0 out of 5 stars Getting used cd is just as has good. Sounds great.
Reviewed in the United States on June 6, 2018
Verified Purchase
The music cd is great to listen to. I like a variety of Latin music.
Read more
Helpful
Report abuse

Byron Turner
5.0 out of 5 stars Very nice
Reviewed in the United States on May 7, 2020
Verified Purchase
Bought this for my daughter was not disappointed
Read more
Helpful
Report abuse

Janice Fuentes
5.0 out of 5 stars It's good you should buy
Reviewed in the United States on November 11, 2019
Verified Purchase
It was good I hared every night
Read more
Helpful
Report abuse

J.D. Rosa
2.0 out of 5 stars Still waiting for a true solo album
Reviewed in the United States on December 13, 2017
Bit better than his last collaboration album (los vaquero). I'm still waiting for a true solo album from him. This album has fee chatchy songs maybe like 3 but the rest are by silly/ still yandel doing it better and has more cool hits
Read more
Helpful
Report abuse

Francisco
3.0 out of 5 stars Wisin Needs Yandel...
Reviewed in the United States on December 11, 2017
Compared to Yandel's new album #Update, Victory falls short. Wisin is one of those artists that needs to feature other artists in his songs or the songs are dull and unenticing. I would say that there are two songs that are catchy and that's "Todo Comenzo En La Disco" which features Yandel & Daddy Yankee and Escapate Conmigo Remix which features multiple artists and is a mix between Reggaeton and Trap. Yandel has had way more success as a solo act than his partner Wisin. Rumors have it that they are working on a new album together so I'm hoping that's true, for Wisin's sake!
Read more
Helpful
Report abuse
See all reviews