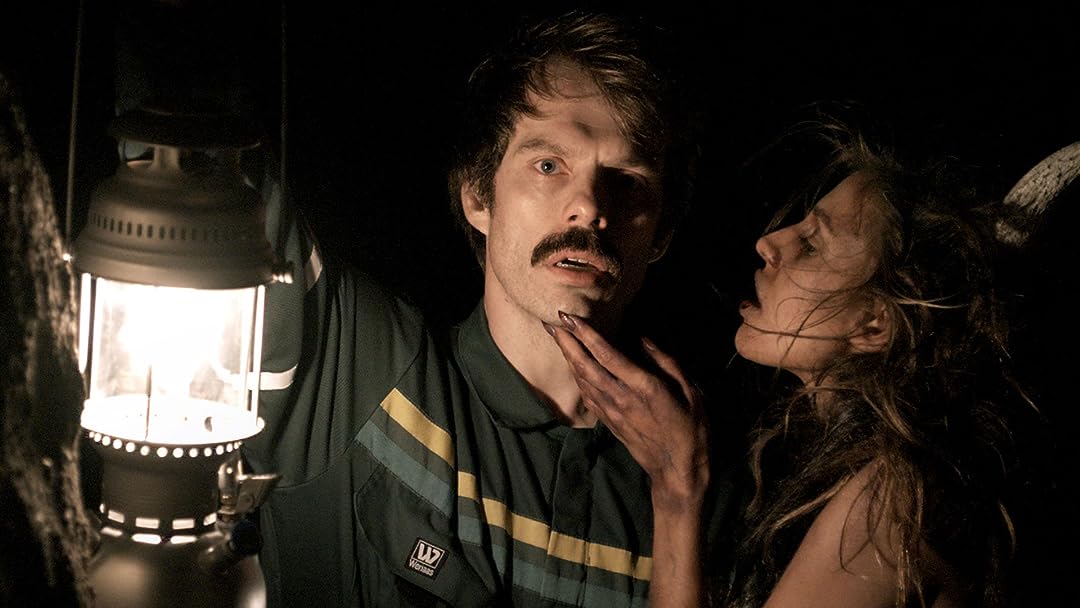 (8)1 h 25 min201816+
Vidar Haarr is a 33 year old, sexually frustrated, bachelor farmer who leads a monotonous and strenuous Christian life on his mother's farm, located on the outskirts of Western Norway. In a desperate attempt to break free of his shackles, Vidar prays to the Lord to grant him a life without boundaries. Instead, he wakes up as the Prince of Darkness!

Sam ScalphReviewed in the United States on January 1, 2019
4.0 out of 5 stars
Not your typical vampire film
Verified purchase
I really liked the movie, but in case someone is skimming reviews wondering whether to watch it, here some points to help guide your decision making.

1. It is a foreign film with no English dub, so subtitles are a must (they've never bothered me, but I've met a surprising amount of people who basically refuse to watch anything with subs).

2. It is not a thriller/action vampire movie. It is a very dry comedy that does not have many laugh out loud moments.

3. Despite being a comedy, it is also a drama and deals with some heavy themes including depression.

4. It has some highly sexual content inter-mingled with themes of religion and vampirism that goes beyond anything you'd see in an American movie. For the devoutly religious, it might even be considered sacrilegious.

Amazon CustomerReviewed in the United States on February 7, 2019
5.0 out of 5 stars
Hilarious
Verified purchase
The humor is wonderful. The concept even better. If you're secular and love dry humor this film is for you.
2 people found this helpful

AbbyReviewed in the United States on October 29, 2020
1.0 out of 5 stars
B movie at its finest
Verified purchase
I wish I could take my time back. Sadly, I watched the whole thing wishing it could be better. I knew in my heart it would suck. If you're looking for a terrible B movie, this is it.

JABReviewed in the United States on April 10, 2019
1.0 out of 5 stars
Echh
Verified purchase
Was hoping for so much more, but just went for really bad jokes. It's not even fun for so bad it's good horror.

USMN0429Reviewed in the United States on February 7, 2019
3.0 out of 5 stars
Move Over, Mappelthorpe and Serrano
Vidar left me unsatisfied. Here in Minnesota, the “bachelor Norwegian farmer” is a decades-running meme only recently terminated by #MeToo; that this character exists in film was cheering of itself, and he comes across as empathetic at first. The method of vampire siring -- hilarious to me, mind-blowingly offensive to Christians -- created the potential for a fascinating film. But the subsequent plot was too one-dimensional and the characters’ motivations too thin. I stopped caring much, and at film’s end my reaction was “Meh. Quitter.” It’s worth seeing just for the audacity, but it could have been so much more.

Aaron Jossafat Navarro LunaReviewed in the United States on September 7, 2018
5.0 out of 5 stars
Being a vampire is never easy...
A great vampire parody directly from Norway. Vidar is a farmer bored of his lífe untill a miracle happens, turbina him into a vamp. It has a lot of dark humour and religious jokes, but Vidar is a great experience to watch.
3 people found this helpful
See all reviews
Back to top
Get to Know Us
Make Money with Us
Amazon Payment Products
Let Us Help You
EnglishChoose a language for shopping. United StatesChoose a country/region for shopping.
© 1996-2021, Amazon.com, Inc. or its affiliates