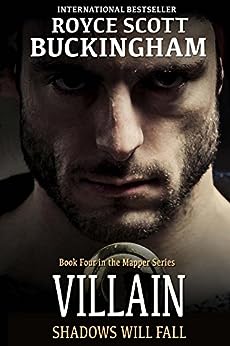 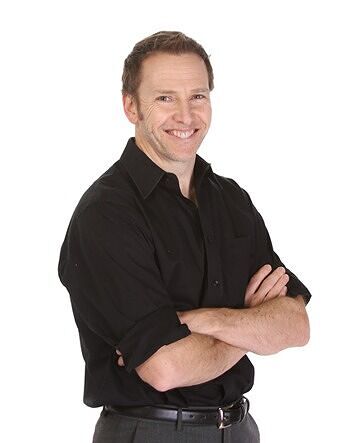 by Royce Buckingham (Author) Format: Kindle Edition
See all formats and editions
Sorry, there was a problem loading this page. Try again.
HUNTED!

Wexford Stoli has the power to move
the very darkness with his quill and ink,
but whenever he draws, chaos and ruin
soon follow. When he and his rag-tag
company of freaks, gypsies and soldiers
are hunted by a vengeful Vill Magnan and
his savage Murk army, will Wex face the
villain without his magic or risk falling
into darkness himself?
Read more
Previous page
Next page

Limited-Time Offer
Join Audible Premium Plus for 60% off. Get this deal
Next 3 for you in this series
Total Price: $8.97

As a kid, Royce dreamed of making up fantasy stories. He loved 20,000 Leagues Under the Sea, The Phantom Tollbooth and The Hobbit. He collected comic books, watched Jaws at nine years old, then Star Wars at eleven and Alien at thirteen. He was even a Dungeons & Dragons nerd and created his own imaginary worlds.

As an adult, Royce obtained an English degree from Whitman College in Walla Walla, WA and received his law degree from the University of Oregon, paving the way for a job as a prosecuting attorney. It was his work as a prosecutor and his love of fantasy that led him to write his first book, Demonkeeper.

Demonkeeper began as a short story inspired by a street kid Royce used to prosecute regularly in juvenile court. He was thirteen, had a green Mohawk, and Royce would see him downtown begging change. One day he disappeared, and nobody seemed to notice. Even his parents didn't seem to know where he'd gone, or care. Royce imagined the chaos of street life as a monster that rose and ate him up while people weren't paying attention, as it does with so many lost children. He wrote a screenplay from that story. The script evolved into a much more lighthearted and fun tale than the original short story, but the message remained--kids need stability, family and a home.

Royce's longtime goal of being published became a reality after 13 years of writing in his spare time. In 2005, he hit a home run, selling his first book Demonkeeper to both Putnam and 20th Century Fox within a month of each other.

Since Demonkeeper debuted, Royce has made reading lists, garnered good reviews, and hit the bestseller list in Germany, where Demonkeeper (Damliche Damonen) sold over 100,000 copies for Random House, Penhaligon. Royce then expanded Demonkeeper into a trilogy.

In the meantime, he wrote two more middle grade novels for Putnam—Goblins: An Underearth Adventure which has since been re-launched independently under the title The Goblin Problem, and his ghost story, The Dead Boys, which was a Junior Library Guild selection and the 2014 Washington State Sasquatch Award winner for Best Middle Grade Book.

After the Demonkeeper series closed, Penhaligon (Germany) asked Royce for a larger work that would appeal to all ages, and he signed on for an epic medieval fantasy. The result is the Mapper (Die Karte Der Welt) series, the first of which spent months on the German bestseller list and reached #11. Mapper is available to U.S. readers on Amazon. Since then, Royce has produced two stand-alone medieval fantasies in Germany: Die Klinges des Waldes - Blanvalet (U.S. - Princess Assassin) and Die Glorreichen Sechs - Blanvalet (U.S. - The Glorious Six).

Royce lives in Bellingham, WA with his beautiful wife, whom he met in the courtroom when she came to cover one of his criminal cases as a reporter. They have two fabulous boys who’ve helped with his books over the years.