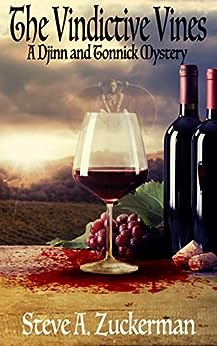 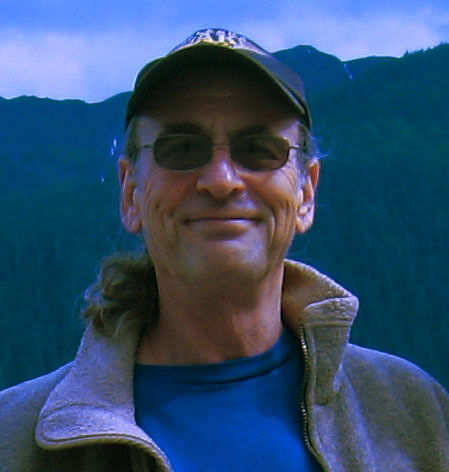 by Steve Zuckerman (Author) Format: Kindle Edition
Book 3 of 4: Djinn and Tonnick Murder Mysteries
See all formats and editions
Sorry, there was a problem loading this page. Try again.

Mark Tonnick and Delinda Djinn hunt for a killer with a taste for Wine and Homicide.

A Napa Valley winery owned by Tonnick’s main client is about to go bust for reasons no one seems to understand.  Between the dubious history of the vineyards, the mysterious wine caves and the picturesque tasting room built on the stones of a cursed castle, Djinn and Tonnick are about to uncork all the murder and mayhem they can handle.

Sparks fly when Mark Tonnick, jaded Private Detective teams up with Delinda Djinn, a woman with a mysterious and magical past.

Steve Zuckerman has had a long career as a music composer, orchestrator, and author. He began his musical career at nineteen, writing and creating the soundtracks for many “Sesame Street” animated shorts. He has also scored films ranging from the uber-campy “Spawn of the Slithis” to the super-sweet “Winnie the Pooh and a Day for Eeyore”. Additionally, he’s created literally hundreds of television commercials and has published numerous short stories and several novels.

Check out his musical legacy at http://www.musicz.tv

And his current commercial work at http://creativecombustion.tv

lucy
5.0 out of 5 stars Love this series!
Reviewed in the United States 🇺🇸 on December 12, 2019
Verified Purchase
I'm a fan of this series! I read it in two days because I couldn't put it down. Delinda, Al and Tonnick take us on a great adventure into the wine country. There's humor, suspense, romance and adventure in this book. I really like the action between Tonnick and Delinda (aka genie). The author also does a great job of using real historical events in his book. Loved it.
Read more
Helpful
Report abuse

Bernadette Niersbach
5.0 out of 5 stars A great summer read
Reviewed in the United States 🇺🇸 on August 11, 2020
Verified Purchase
The Djinn and Tonneck mysteries I find fun to read. They are interesting and delightful. Can’t wait to read more.
Read more
Helpful
Report abuse

Herb Holler
5.0 out of 5 stars The story is exciting and interesting
Reviewed in the United States 🇺🇸 on December 16, 2019
Verified Purchase
The book combines today's detective adventures on the West Coast with the occult demons from the past. Very enjoyable to read, many unanticipated twists and turns in the book. Looking forward to Steve's next book .
Read more
Helpful
Report abuse

CB
5.0 out of 5 stars Good read!
Reviewed in the United States 🇺🇸 on September 6, 2022
This is a good mystery coupled with a little magic & Sci-Fi. I believe that there are four books that involve these characters & they are all good.
Read more
Helpful
Report abuse

Mary M
5.0 out of 5 stars Great storytelling
Reviewed in the United States 🇺🇸 on February 20, 2021
This is a tightly constructed mystery that will keep you guessing to the end. The characters are interesting and the plot ticks along at a steady pace. Highly recommended.
Read more
Helpful
Report abuse

Avid Reader of history
5.0 out of 5 stars Excellent Followup Novel
Reviewed in the United States 🇺🇸 on December 9, 2019
I've read all 3 novels in this series (so far) and have been greatly impressed with each of them. The main characters (a capable but down on his luck PI and a gorgeous and mysterious djinn [or ifrit]) are well written and and fun. Each of the stories are unique and it is a pleasure watching Mark and Delinda's relationship start, stop, back up, and start again. With third wheel Al acting as referee, each novel is a quick and pleasurable read. Strongly recommended for those that like a dash of magic with their mysteries.
Read more
One person found this helpful
Helpful
Report abuse

RLBKBJ
5.0 out of 5 stars Going back to read the other two books in the series now
Reviewed in the United States 🇺🇸 on August 14, 2020
This book reminded me a little bit of the Dresden Files the way it mixed mystery, realism, and magic/mythological beings. I enjoyed the relationship between Tonik and Djinn (the names are pretty clever as well), and the pace of the mystery kept me turning pages. Looking forward to going back to the beginning of this series, and hoping for more to come.
Read more
Helpful
Report abuse

Amazon Customers
5.0 out of 5 stars Book 3 in a great series
Reviewed in the United States 🇺🇸 on July 25, 2020
Held my interest throughout. A Napa Valley winery is close to going out of business. The main characters are well developed with an odd relationship that makes the book interesting. A great way to spend a couple of COVID quarantined afternoons.
Read more
One person found this helpful
Helpful
Report abuse
See all reviews