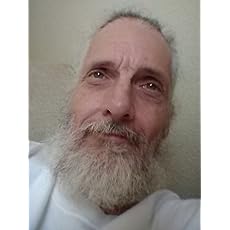 The problem, as I see it, is that no one has come up with an efficient method of harnessing the sun resulting in the shrinkage of solar panels down to a size used by a wallet, or pocket, calculator and attach *that* to the hood of an EV to power all of its needs. It is not generally understood that transients can be used to augment limited electrical resources to power all of our appliances independent of the "grid."

The only problem I have with the Wiktionary definition of "transient" is the use of the word: "brief" when referring to "a brief electrical surge" in its entry for the noun...

I would suggest the use of the word: "indeterminate" as used in the expression: "an electrical surge of indeterminate duration or amplitude."

4. (biology, of growth) With no genetically defined end, and thus theoretically limitless. 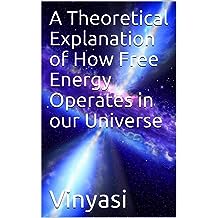 A Theoretical Explanation of How Free Energy Operates in our Universe May 18, 2019
by Vinyasi
$3.00

This book explains free electrical energy in terms of simple logic plus a few well-known laws of science. This is a companion to my other book, entitled: “Extending the Range of Electric Vehicles by Maximizing their Amp-Hours”.

To counter anyone's argument against what I am proposing, consider this...

Now, I realize that a bunch of attorneys wrote the Physicist's Conservation of Energy Law. And then Einstein went and misrepresented that law to us by giving us a false sense of enlarged difficulty as to how to play with it and requiring a huge government grant for nuclear physics experiments when my simple circuit accomplishes it.

Like any good attorney, the truth is hidden in plain sight. Ergo, it has a loop hole in it....

It's not as complicated as Einstein has led us to believe. When performing mind-blowing time dilation thought experiments using a pair of twins and sending one away in a rocket at nearly the speed of light, no such fantasy is required. The following illustrates how easy it is to “beat” this law.

Shifting the voltage versus the current sine waves of A/C electricity is sufficient enough to dilate time relative to each wave by comparison to each other's viewpoint.

Isn't that what the two twins experiment was all about? Shifting their points of view regarding their individual time-frames relative to one another? !!!

And if the shift skips past a mere 90 degrees of zero power factor all the way to 180 degrees of separation, then we will have succeeded in dilating time in a manner that does not decompose electricity into its constituent ingredients.

For example...
Decomposition of electricity occurred with the Trans-Atlantic Telegraph Cable laid down during the latter part of the 1800s. It was solved by Oliver Heaviside by wrapping the copper core of the oceanic cable with iron ribbon or iron wire to boost the magnetic portion of the signal which had been decaying. The electrostatic portion had been doing just fine. But it takes both halves to make a whole of electricity without which no coherent electrical signal was able to make it out the other end of the cable to the telegraph receiving station.

Electrical engineers have been performing all along the decomposition half of Eric's electrical theory (whenever a transmission line's power factor shifts to zero). By comparison, Eric keeps telling us he has done both types of manipulation of electricity, ie. Both its synthesis and its decomposition in violation of our cherished, so-called Law of Physics.

See what a trick it has been for the attorneys, turned physicists, have misguided us yet again by translating Eric's more accurate phrase of the “decomposition of electricity into its constituent ingredients” into the electrical engineer's phrase of: “zero power factor”!!!!!

Free energy is that simple provided that it doesn't cost us more than the outcome to accomplish this. Op-amps are always given to us as an example of how to shift voltage relative to current by 180 degrees.

Magicians love to misguide our attention away from what's really good to know by not telling us what we could, or should, know! In other words, what we're not told is that op-amps will cost us too much to accomplish what I can do using mere micro volts and nano amps undergoing simulation in my circuit.

My non-theory English and Spanish “Extending the Range of an EV... 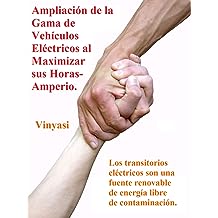