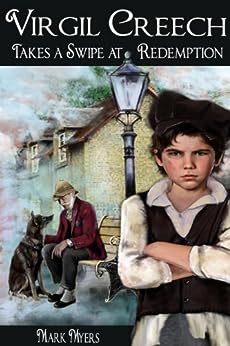 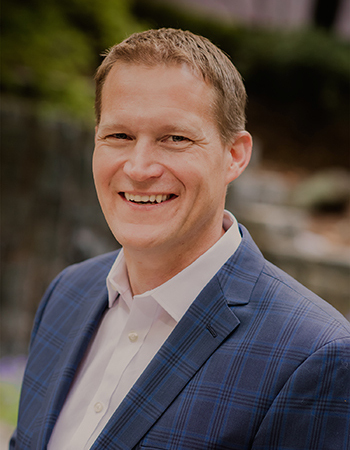 dragoneye
4.0 out of 5 stars Quirky and sweetly told
Reviewed in the United States on April 8, 2014
Verified Purchase
I confess, as I read this book, the title didn't make a lot of sense to me. I expected the colorful figure of Virgil Creech to be the main attraction. He's an overlooked last child of a brood of nine brothers from a not-so-savory family, and he behaves accordingly. Fortunately, a few people take an interest in the young miscreant, including the even more colorful figure of Colonel Clarence J. Birdwhistle, formerly of his Majesty's service. Newly arrived in Portsong, Georgia, Col. Birdwhistle comes into contact with young Virgil--quite literally, in fact, which starts the series of events related in this book. But Virgil takes a backseat to Col. Birdwhistle, and even to young Henry Lee, classmate of Virgil, who undergoes a change of his own as a result of the encounter. It seemed to me the book could almost be called A Series of Remarkable Events in Portsong, for by the end of the book, the whole town has been turned on its ear. In the title's defense, Virgil is the catalyst that sets it all in motion.

I was completely charmed by this story. Portsong is the town everyone wants to live in. And Myers paints it and its residents beautifully--from the outspoken preacher, Josiah Crane, to the genteel chairperson of the Ladies Historical Society, Louise Prattlematt. Creech is given enough humanity to overcome his naughty schoolboy stereotype and endear him to readers. But it is Birdwhistle who carries the story. Charming, witty, self-assured, and just a bit vulnerable, I would love to sit down with him over a cup of tea and enjoy a long conversation.

It is Myer's gift with language, however, that made this book so enjoyable. I've marked dozens of passages, but I'll include just a few here to make my point:

"Every thought that pushed through his mind stacked mad upon mad like blocks on a wall."

"It dawned on Henry that this problem of the old man wasn't going away. It was like a boy trying to tuck in a bed sheet. Every time one corner was tucked securely under the mattress, the other side pulled out."

"Well, I wanted to see the world, and soon most of the world would be between me and my hometown of Chelmsly. I was both excited and terrified at that moment."

"The dabbled mix of grays and browns in his (dog's) coat flowed together unevenly, as if a failed artist had poured paints over him and walked away before getting the portrait right."

I would qualify this as children's literature, appropriate for children ages nine and up, but I think adults who enjoy quirky, sweetly told tales would appreciate it even more than children. This is a self-published book worth reading--and I don't get to say that often enough. Two thumbs up.
Read more
3 people found this helpful
Helpful
Report abuse

cloudbird
5.0 out of 5 stars A delightfully nostalgic romp!
Reviewed in the United States on June 19, 2014
Verified Purchase
Mark Myers had me hooked within a page. His writing has an energy that pulled me in and demanded I pay attention to this kid, Virgil Creech, and all of his companions, and the Colonel, and the Nurse, and the dog and…. Getting the idea? Everyone feels so delightfully real, and yet better than real. It's like watching an old James Stewart movie, full of charm, innocence, and hilarious mishaps. Myers writes with an eloquent prose that plays Southern childhood banter off of refined English gentility (and many voices in between) with an ease that left me burbling with warm laughter over and over. It's one of those stories that features children, but would appeal to all ages. I just plain loved it.
Read more
2 people found this helpful
Helpful
Report abuse

Valmarp
5.0 out of 5 stars Charming and captivating
Reviewed in the United States on January 28, 2014
Verified Purchase
I am writing this review as if I were about 13 years old and I'd just finished this book. It is a really lovely story with captivating characters and a quirky plot about a small town's reaction to a big event. I loved its wholesome subject and innocence, while at the same time, not finding it too unnaturally ideal. The colonel is a gorgeous character; Henry is only too real and loveable and Virgil is the child you love to hate but would also love to love. I wouldn't hesitate to give this to a young teen, and I would encourage Mark Myers to send the story to a film company too. It would make a really lovely period movie.
Read more
2 people found this helpful
Helpful
Report abuse

Terri Shamblin
5.0 out of 5 stars a Fantastic Read
Reviewed in the United States on September 18, 2013
Verified Purchase
This was a thoroughly delightful read. The characters are real and believable and I found myself absolutely drawn in. The author's style was engaging and seemed from a time past. That is meant as a compliment. I wish more books were written this way!

A good book for every member of the family but not written just for children! I wholeheartedly recommend it!
Read more
3 people found this helpful
Helpful
Report abuse

Cheri Giralico
5.0 out of 5 stars Virgil Creech
Reviewed in the United States on September 18, 2013
Verified Purchase
I went back in time reading this book meeting some wonderful folks. An eccentric man that is able to charm a town with his stories of adventure as he captures the hearts of the very young and adults of all ages. A story about adventure and mischief even good kids can get into and how friendships are made. How showing love and kindness to others can inspire and change even bullies creating life long bonds and friendships.
Read more
4 people found this helpful
Helpful
Report abuse

A Lover of Books
5.0 out of 5 stars A Charming and Delightful Read
Reviewed in the United States on June 12, 2014
Verified Purchase
I read this book as June's selection for my book club and am delighted that this book was chosen.

Reading the book, I felt transported to simpler days as I read about the residents of Portsong, GA. The town and its people came alive through the author's vivid description. Mr. Myers did a fine job of developing characters of different ages. The plot also drew me in as it took some twists and turns.

I am pleased to hear that there will be a sequel. I'm looking forward to reading it!
Read more
Helpful
Report abuse

Godmother
5.0 out of 5 stars Donna C
Reviewed in the United States on November 12, 2013
Verified Purchase
This is a delightful book, with wonderful characters. My grandchildren just loved it and hope there will be more like it. The charm of rural America in a time they can't relate to - Virgil came alive for them.
The writing is bright, intelligent and the story is wonderfully crafted.
I recommend this to anyone, any age.
Read more
One person found this helpful
Helpful
Report abuse

Melvin
4.0 out of 5 stars charming and entertaining read for all ages
Reviewed in the United States on November 3, 2013
Verified Purchase
This book has all the charm of small town America. It is filled with endearing characters and delightful humor. Weaving a story of friendship and belonging, the book also paints a vivid and timeless look picture of what it is to be boy. I was captured by the story that kept me guessing to the very end. This book is Mayberry meets Mitford, and is a great choice for all ages. I hope there will be more adventures to come from Portsong,
Read more
One person found this helpful
Helpful
Report abuse
See all reviews
Back to top
Get to Know Us
Make Money with Us
Amazon Payment Products
Let Us Help You
EnglishChoose a language for shopping. United StatesChoose a country/region for shopping.
© 1996-2021, Amazon.com, Inc. or its affiliates