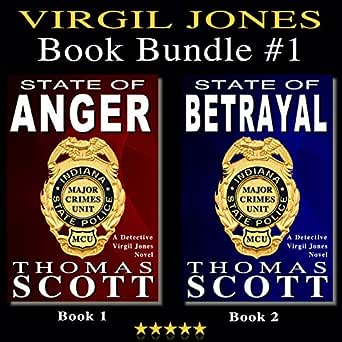 You've subscribed to Virgil Jones Book Bundle! We will preorder your items within 24 hours of when they become available. When new books are released, we'll charge your default payment method for the lowest price available during the pre-order period.
Update your device or payment method, cancel individual pre-orders or your subscription at
Your Memberships & Subscriptions
There was an error. We were unable to process your subscription due to an error. Please refresh and try again. 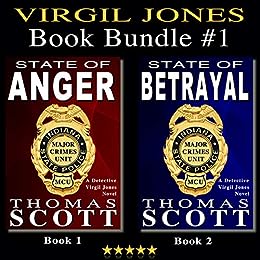 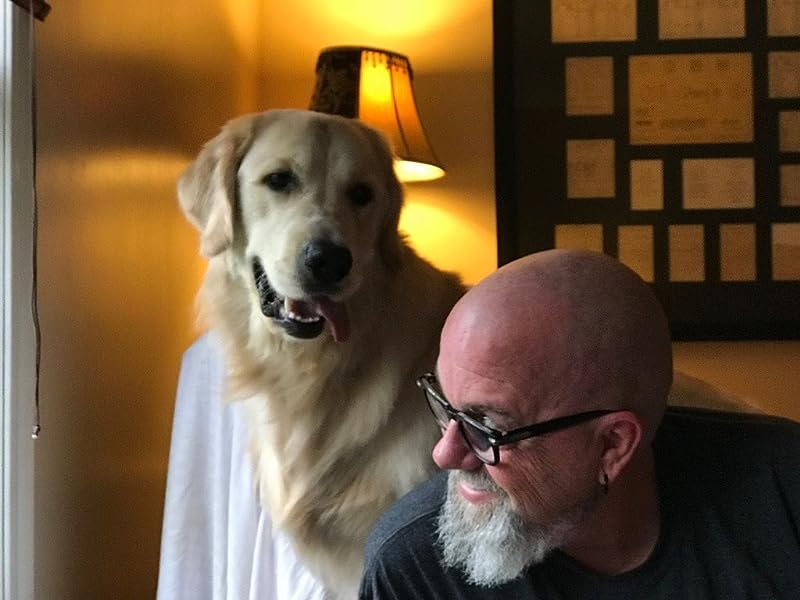 Thomas Scott is the bestselling author of the Virgil Jones Mystery Series.
Thomas lives in northern Indiana with his lovely wife, Debra, his children, and his trusty sidekick and writing buddies, Lucy, the cat, and Buster the dog.

Thomas loves to read Mystery, Thriller & Suspense novels and is a self-proclaimed regular guy. He holds an Airline Transport Pilot Rating, is a former airline pilot, Chief Pilot, and Director of Flight Operations for a private corporation. You may contact Thomas anytime via his website thomasscottbooks(dot)com, where he personally answers every single email he receives.

4.4 out of 5 stars
4.4 out of 5
27 customer ratings
How does Amazon calculate star ratings?
Amazon calculates a product’s star ratings based on a machine learned model instead of a raw data average. The model takes into account factors including the age of a rating, whether the ratings are from verified purchasers, and factors that establish reviewer trustworthiness.
Top Reviews

Mmamacat
3.0 out of 5 stars Excellent writing.
Reviewed in the United States on February 12, 2020
Verified Purchase
The author knows how to write. But I think he needs serious antidepressants. I don't mind that he obviously styles his books after John Sandford. I do mind that he kills off the good guys and
The bad guys win. The hero has horrific stuff happen to him and everyone he cares about. I can be depressed in real life I do not need to pay for it. Very disappointing.
Read more
7 people found this helpful
Helpful
Comment Report abuse

William Heath
5.0 out of 5 stars Incredibly good
Reviewed in the United States on February 18, 2020
Verified Purchase
These are among the best books I've ever read, which has been at the rate of three or four a week for the past 65 years. The characters are fully three-dimensional and very real. None is pure good nor pure evil. The situations sometimes seem a bit unlikely, but this is fiction, and fact is often even stranger.

The language captures my soul. Characters' dialog, descriptions of events, people and places, all take full advantage of Scott's extraordinarily broad vocabulary. We're only left with doubt when it serves to make the story more compelling. These are a combination of mystery, police procedural and just good story-telling that will captivate the reader. Warning: Do not begin a book after dinner, because you won't get a lot of sleep that night.

The level of detail is one that few authors achieve: just right. Nothing is ever glossed over, nor do details overwhelm the story. The first two stories are ones that resonate, both familiar and new simultaneously. I've discovered a new favorite author.
Read more
One person found this helpful
Helpful
Comment Report abuse

T in AZ
4.0 out of 5 stars 4 stars
Reviewed in the United States on June 27, 2020
Verified Purchase
I enjoyed these books and chose to continue on with the series after reading them. They are stand alone stories but I feel are better being read in order.
Read more
One person found this helpful
Helpful
Comment Report abuse

susan
5.0 out of 5 stars This series is so good!!
Reviewed in the United States on June 8, 2020
Verified Purchase
This author has the gift of bringing all of his characters into vivid color. The storylines run along smoothly, no stagnate pauses, or extra unneeded dialog. The thrill of the chase, the twists and turns, an absolute good time read. Can't wait to keep reading rest of the series!
Read more
One person found this helpful
Helpful
Comment Report abuse

D. Luther
5.0 out of 5 stars Good book
Reviewed in the United States on May 30, 2020
Verified Purchase
Read this book, you will not be disappointed. Both books are truly a mystery right to the end. . . .
Read more
One person found this helpful
Helpful
Comment Report abuse

Kindle Customer
4.0 out of 5 stars Somewhat like sanford
Reviewed in the United States on March 7, 2020
Verified Purchase
Enjoyed both books. Down to earth characters, looking forward to seeing where things go from here. Will buy the next two pack.
Read more
One person found this helpful
Helpful
Comment Report abuse

Sharon
5.0 out of 5 stars Great read
Reviewed in the United States on March 3, 2020
Verified Purchase
Great read! ❤️Entertained me very well over my road trip.
Read more
One person found this helpful
Helpful
Comment Report abuse
See all reviews from the United States

L. A. Smith
5.0 out of 5 stars A rollicking pair of cop/buddy books
Reviewed in Australia on April 24, 2020
Verified Purchase
I got hooked on the first few pages and then-WHAMMO!! I couldn't put the 2 books down. Virgil is the golden haired boy but his weaknesses are all too human, Murton was a hoot and he had demons of his own to tackle but all in all you can picture them going through their ups and downs as they walk through the maze that is life. The ladies Sandy, Becky and Cora all hold there own and our Jamaican bartender-cook is absolutely adorable. Really well written and i could envisage and every character. The humour was so cool and the thread of the stories were quirky and fun to keep up with. I'm heading off th get Book 3....can't wait..
Read more
Helpful
Sending feedback...
Thank you for your feedback.
Sorry, we failed to record your vote. Please try again
Report abuse