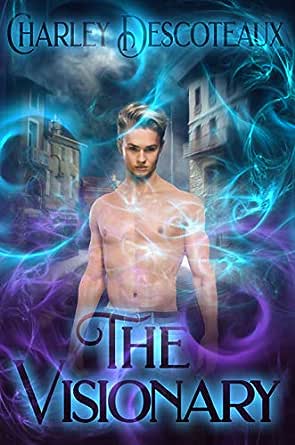 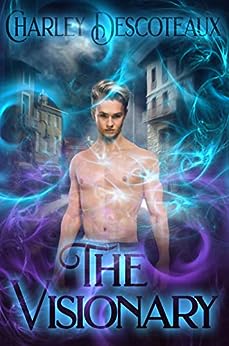 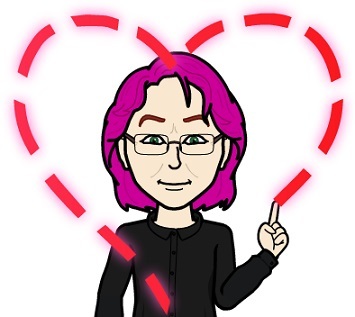 3.6 out of 5 stars
3.6 out of 5
4 global ratings
How are ratings calculated?
To calculate the overall star rating and percentage breakdown by star, we don’t use a simple average. Instead, our system considers things like how recent a review is and if the reviewer bought the item on Amazon. It also analyzes reviews to verify trustworthiness.
Top reviews

It's About The Book
4.0 out of 5 stars 3.5 stars
Reviewed in the United States on February 18, 2017
Colin Page sees things that other people don’t. The dead body in the foyer of his apartment building has tattoos that may tell Colin about the murder. Colin meets a man investigating the murder. Colin can’t get him out of his mind. Colin decides to help with the investigation. It helps that he really, really likes the man investigating, Al Green. Colin and Al find themselves in a relationship. Colin’s mother doesn’t approve, but Colin is actually a grown adult, even if he’s quite a bit younger than Al. Al is a private investigator and Colin is a student. Being with Al endangers Colin and puts him on the radar of powerful people. Every time they think they’ve caught the bad guy they find another who was pulling the strings. Unfortunately for all of them, the person holding all the strings wants Colin, and has wanted him for a long time.

I read this book in as close to one sitting as I could manage. It was very engaging. It was also a little drawn out and a touch repetitive. There were a lot of hurt/comfort moments, and both Colin and Al had a turn at taking care of the man they loved. There were also multiple instances of each guy doing the right thing and saving the day with his sacrifice. All without telling his partner, therefore robbing them of agency and the chance to give consent. Yeah, the idea of an alpha male rescuing you from your problems is wonderful, but the reality is a relationship is a partnership. Thankfully, in a couple instances there was a bit of guilt over riding roughshod over each other.

There was an age gap between Colin and Al, but it wasn’t that extreme. Mostly it translated to a life experience gap. Colin had been remarkably sheltered by his mother. Because reasons. Al had to grow up quickly and didn’t really do the best job at it along the way. Al had learned how to live a difficult life and get by with his wits. In many ways this created a power imbalance between Colin and Al. Interestingly there was another very real power imbalance. Colin was simply much more powerful in terms of psychic powers. As were the people who cared for Colin. It was as if there was balance between the imbalances. Al had all the knowledge experience while Colin had all the raw power and potential.

I enjoyed this story. There were good spooky aspects with the creepy tattoos and zombies as well as suspense. I did have issues with some things, but I’m a firm believer having fun reading a story is the most important factor in a book. I had fun reading this story.
Read more
Helpful
Comment Report abuse

Sinfully
4.0 out of 5 stars Colin sees people and places like everyone else
Reviewed in the United States on January 30, 2017
*Reviewed by Freya for Sinfully Gay Romance Book Reviews*

Colin is an eighteen-year-old college student who sees things that aren’t there. As such he keeps himself to himself. At least he does until he happens upon a murder. Enter, tall, Mediterranean looking, PI, Alonzo, he knows the things Colin can see, and together they try to solve the murder.

Sounds simple doesn’t it? Oh no, simple describes nothing about this story. It is intricate and involved, and at one point I thought the answer to, the frequently asked question of ‘What does that mean?’ was 42.

This is a mystery where all that happens is not always understood until later in the story. As such, I went through periods of confusion, and WTF moments. But, in the end, all gets explained.

Colin has a defensive sarcasm mechanism that he uses as a wall. He’s also a headstrong character, which has him frequently going head to head with Alonzo. Colin’s idea of helping often gets him into trouble, too. During these periods of dialogue, I occasionally lost track of who was talking to whom.

Re Alonzo, he shows Colin that he’s not on his own and that there’s a whole underground world out there. A world that is power hungry, with a different harvesting method. Al and Colin soon become protective/reliant on each other (producing a high heat rating). And, as the knowledge of this clandestine world emerges, so the cast expands and secrets come out of the woodwork.

The Visionary is a story with a main plot and several sidelines. But whether they all converge is something that you’ll have to read the book to find out. To name a few; there’s Colin’s college life, his mum, Gem, several murders, secret societies, and the relationship between Colin and Al. It’s a murder mystery, with a host of surrounding dramas and that something extra attached.

For me this story had a bit of Twin Peaks feel about it, in that - the iconic TV series confused the heck out of many people, but the populous couldn’t get enough of it.

I admire the intricacy of the plot and imagination that went into this story. Occasionally, I found it tough going and concentration, and coffee were needed. But if you like a complex story, this is right up your street.
Read more
Helpful
Comment Report abuse

Babs
2.0 out of 5 stars Confused and disappointed
Reviewed in the United States on October 3, 2020
This is a book that I could barely understand. I am sure is a shortcoming of my own. Colin and Al see colors as far as I can tell. I is hard to say as the story started without a real lead in to try and understand their abilities, especially Colin's. There is a threat of danger from the beginning of the book. Magic and far as I could tell possible witchcraft and being able to steal other's essence. I really didn't like the way the story ended. It felt totally incomplete and definitely wasn't an HEA.
Read more
Helpful
Comment Report abuse

bheath
5.0 out of 5 stars I enjoyed reading this book, but...
Reviewed in the United States on October 17, 2020
I find I am still a little confused. I liked the characters and the story line but I think a prologue of Colin's early life would be ideal for this book to aid the reader in understanding. I especially liked Lavaughn and would like to know more about him.
Read more
Helpful
Comment Report abuse
See all reviews