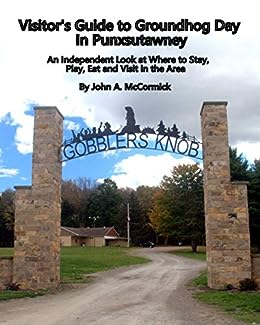 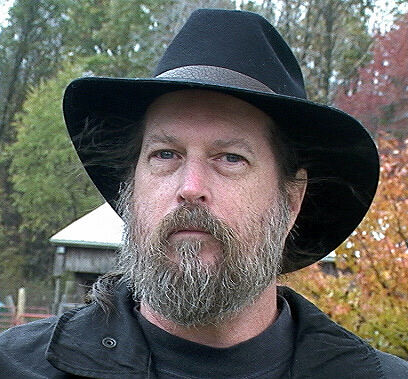 Visitor's Guide to Groundhog Day in Punxsutawney: An independent look at where to stay, play, eat, and visit in the area. Kindle Edition

by John Ash McCormick (Author), Beth Goldie (Author) Format: Kindle Edition
See all formats and editions
Sorry, there was a problem loading this page. Try again.
This is a guide for visitors coming to Punxsutawney on February 2 (Groundhog Day), including photos and useful local information particularly for the ten thousand plus students who will go to the giant celebration on Gobbler's Knob as well as all visitors of every age to the festival downtown. Written by local residents, this tells you where to sleep (there is a secure inexpensive town operated crash pad), where to eat, where to park, what to expect mid Winter on a hilltop early February morning, and how to best enjoy your visit. This is an independent guide not sponsored by any local business. We expect to update this guide each year (things change, we recently gained a new motel and lost an old motel) and it is designed to be carried on smartphones, kindles, and tablets. Although most of the visitors to actual weather prognostication on Gobbler's Knob will be students ready to stand in the cold for several hours (there is plenty of fun and entertainment), it is NOT a place for small children, tourists of all ages including small children will enjoy the big events downtown at Barclay Square, the Groundhog Zoo, and visits to other local attractions from wineries to historical sites, to the largest elk herd in the East, or the largest old-growth forest.
Read more
Previous page
Next page

Sheep in the Rafters video now at https://youtu.be/Ks93K08jGzg

and https://youtu.be/OsXgzcJl7P8 (birth of twin lambs)

Elsewhere on the page, you will see my original certifications for the Commonwealth of PA, a letter of commendation from the ATF, letters of commendation from Gov. Ann Richards of Texas and Johns Hopkins APL for my work with the disabled. I served as an emergency management coordinator for 30 years and hold multiple current FEMA certificates. I'm also in ServPa.

Siliconsamurai, if anyone cares, comes from getting my first regular assignment as a game columnist for Rainbow Magazine (Tandy Color Computer long before the IBM PC) and having both studied and taught sword techniques.

In Government Computer News I wrote as the Power User for several decades under various editors and publishers including Post-Newsweek Tech Media.

And for TechRepublic.com where I wrote The Locksmith security column for several years under my real name.

I have been published approximately 18,000 times (bylined and paid - that means each piece had my name on it, i.e. not counting Twitter or blogs.) These include columns, reviews, editorials, buyer's guides, and news reports, including thousands written for the first independent online news service, Newsbytes News Service.

In addition to my 20-30 stories each week for Newsbytes News Service, I have

My very first review for BYTE was a benchmarking article on OCRs (Optical Character Recognition) published in the April 1987 issue of BYTE. This was listed in Cambridge Scientific Abstracts' Journal of Computers and Information Science.

My Letter Perfect column for novice writers appeared in Writer's Guidelines magazine for more than a year and I wrote the Silicon Warrior (children's game column) for PCM (Tandy PCs) magazine.

The Enabled Computer (column) ran in Computer Monthly and on Newsbytes for several years and most recently in Assistive Technology News until that newspaper ceased publication.

I have served as Senior Editor for both Computer Monthly (magazine) and Reseller World (magazine).

I wrote the Locksmith Column for TechRepublic.com (CNET, now CBS) for 6 years.

Douglas R. Blais
5.0 out of 5 stars Punxsutawney's Groundhog Day
Reviewed in the United States 🇺🇸 on February 24, 2020
Punxsutawney is an intriguing area that is known world wide for Groundhog Day. The author gives a look at where to stay and especially where to eat during a visit. The insight of this book is very helpful and would be a benefit to all. The experience would be memorable! Would recommend.
Read more
Helpful
Report abuse
See all reviews
Report an issue
Does this item contain inappropriate content?
Report
Do you believe that this item violates a copyright?
Report
Does this item contain quality or formatting issues?
Report