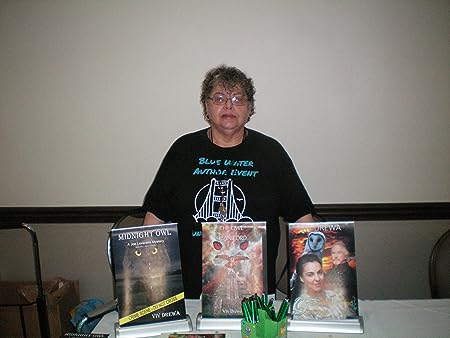 Viv is a Michigan native who has enjoyed reading and writing since 1963. Though she studied medicinal chemistry at the University of Michigan her passion has always been writing.

She was awarded third place for her nonfiction short story about her grandfather's escape from Poland. Later, she rewrote this story and was published in the "Polish American Journal" as ""From the Pages of Grandfather's Life" and recently had it published again on Amazon.com

Viv took creative and journalism courses to help in her transition to fulfill her dream of becoming a writer. She worked as an intern for Port Huron's 'The Times Herald", and also wrote, edited and did the layout or the Blue Water Multiple Sclerosis newsletter "Thumb Prints."

She has started Owl and Pussycat Book Promotions to help her fellow authors by providing affordable services. 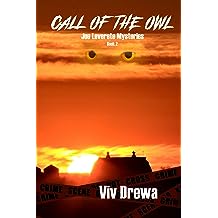 Call of the Owl (Joe Leverette Mysteries Book 2) Feb 18, 2022
by Viv Drewa
$2.99
After an exhaustive search to find the person who dismembered a woman’s body, and her body parts spread throughout the Port Huron area, the detectives Joe Leverette and Phil Marsden are baffled. There was no ID with any part of the victim so, with the help of their lab, eventually they identified the woman as Heather North of Port Huron, Michigan.
But the sensitive Carole Sage they were not able to get ahead of the murderer. The search for the suspect became one hell of a puzzle they would have to figure out.
Read more
Other Formats: Audible Audiobook , Hardcover , Paperback 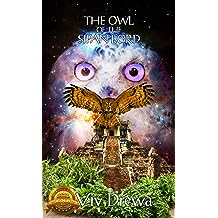 The Owl of the Sipan Lord May 1, 2022
by Viv Drewa
$0.99
Martin and Clare Montgomery worked together as an archaeological team until Martin mysteriously died. Fearing the rumors of a curse. Clare vowed to never return, that was until a rare owl began to haunt her dreams. Was this a sign from her beloved Martin or something more sinister?
Read more
Other Formats: Hardcover , Paperback 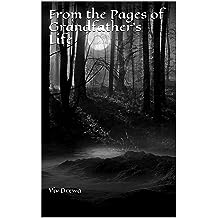 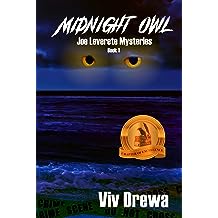 Midnight Owl (Joe Leverette Mysteries Book 1) Mar 15, 2021
by Viv Drewa
( 21 )
$0.99
The dismembered body of a young woman is found, each grisly part discovered separately by a member of the community. Detectives Joe Leverette and Philip Marsden are assigned the case, but the outlook is grim, with eerie dreams and hooting owls putting their witnesses on edge.

When Carole Sage joins the team, the police are eager to use her gift of ‘second sight’ to gain an advantage. Will the young sensitive help crack the case, or will she become the murderer’s next victim?
Read more
Other Formats: Audible Audiobook , Paperback 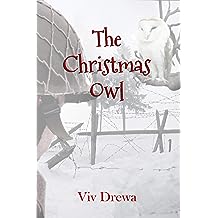 The Christmas Owl Feb 29, 2020
by Viv Drewa
( 4 )
$2.99
Visit World War II Germany, but this won’t be a pleasant holiday when two brave soldiers face dire circumstances against heavy odds – can a mystical owl lead them to safety before it’s too late?
Read more
Other Formats: Audible Audiobook , Paperback 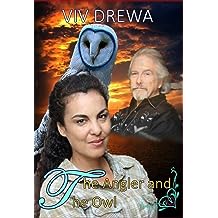 The Angler and the Owl Feb 7, 2014
by Viv Drewa
( 12 )
$5.38
Before retiring France Hunter decides to go to the place where she found her first new
species of owl: The Amazon. Her group follows a well know angler, John Sinclair, and his team, along with a reporter who wants to do a story on Hunter.

Once arriving at the site, Sinclair leaves to go further up the river. He has a show to record and is hoping to catch an even larger fish this time. He hates having to leave France; he’s fallen in love with her but he has a show to tape and hopes to finish quickly to get back to her.

Hunter, and the group with her, run into a gruesome nightmare with the satellite phone
destroyed and one man fighting for life. Sinclair is not due to pick them up for another week.