You've subscribed to A Danny Pearson Thriller! We will preorder your items within 24 hours of when they become available. When new books are released, we'll charge your default payment method for the lowest price available during the pre-order period.
Update your device or payment method, cancel individual pre-orders or your subscription at
Your Memberships & Subscriptions
There was an error. We were unable to process your subscription due to an error. Please refresh and try again. 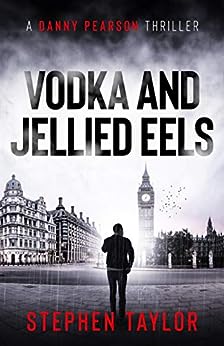 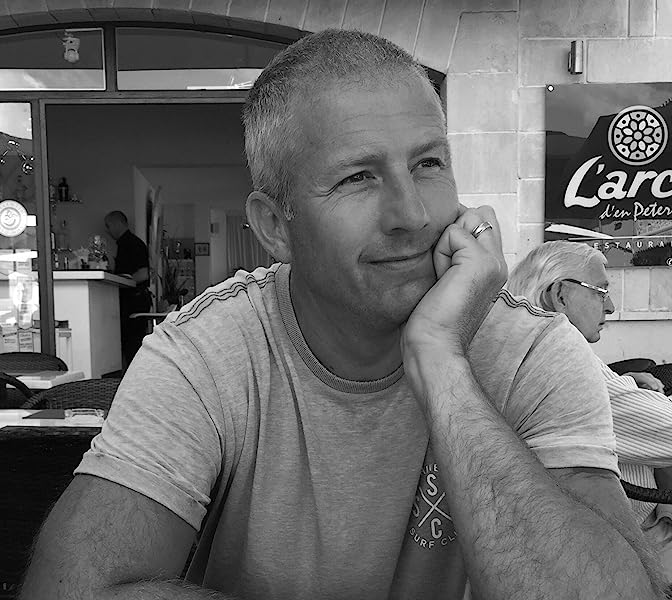 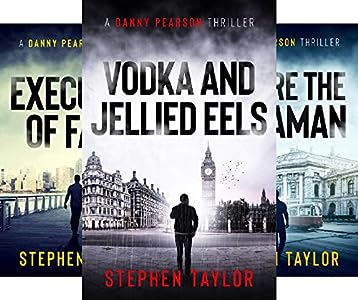 4.6 out of 5 stars
4.6 out of 5
360 global ratings
How are ratings calculated?
To calculate the overall star rating and percentage breakdown by star, we don’t use a simple average. Instead, our system considers things like how recent a review is and if the reviewer bought the item on Amazon. It also analyzes reviews to verify trustworthiness.
Top reviews

Walter
3.0 out of 5 stars Fast, lean violent but lacks depth
Reviewed in the United States on May 22, 2021
Verified Purchase
No long political speeches, volumes of backstories or time wasted on irrelevant characters. Well choreographed violence by a lethal protagonist. Hopefully, the author will add more depth in every aspect of his stories. The characters were cardboard, the descriptions of everything superficial and too often the book felt like it was one violent encounter after another with the everything else mere filler. There is a foundation that hopefully the author will build on.
Read more
Helpful
Report abuse

Meyn
5.0 out of 5 stars Hard to put down
Reviewed in the United States on November 11, 2020
Verified Purchase
This is my second or third Danny Pearson thriller and they are dang good to read. Non-stop action, good characters and plots, with none of the editing, punctuation, and spelling issues so many self-published books have. I’ll be back for more!
Read more
Helpful
Report abuse

OmniChu
5.0 out of 5 stars Well-paced
Reviewed in the United States on May 25, 2021
Verified Purchase
Good action with a believable storyline. Well-paced, even the minor characters had dimension and were easily pictured. Ready for the next book.
Read more
Helpful
Report abuse

Linda Blauvelt
5.0 out of 5 stars Can’t put it down
Reviewed in the United States on March 25, 2021
Verified Purchase
You won’t be disappointed a great fast read
Read more
Helpful
Report abuse

Steve
5.0 out of 5 stars Great Read
Reviewed in the United States on June 27, 2021
I read this book for entertainment and it did not disappoint. The action is fast and furious making it a very enjoyable and entertaining read. i will be checking out other books by this author.

To Stephen Taylor: All I can say is thank you for your entertaining work and I look forward to reading more of your books.
Read more
Helpful
Report abuse

Kindle Customer
5.0 out of 5 stars Liked the book.
Reviewed in the United States on April 27, 2021
Stir moved right along without any boring description s to detect from the story. While bloody it just made the story more interesting. Can't wait to read another book by this author.
Read more
Helpful
Report abuse

consuelo Ashworth
5.0 out of 5 stars Wonderful action thriller
Reviewed in the United States on January 8, 2021
I liked that Danny would stop and help someone in need and he just keeps going even if he’s hurt. He’s tough without all the bully stuff
Read more
Helpful
Report abuse
See all reviews

Mish Medhat
5.0 out of 5 stars A non-stop, brutal action-fest that’ll leave you gasping
Reviewed in the United Kingdom on June 13, 2021
Verified Purchase
From the outset, Vodka and Jellied Eels tells you the type of book it is - brutal, fast-moving and very, very entertaining. This is the way an action thriller should be written. It doesn’t pull any punches, just like the book’s engaging protagonist Danny Pearson, doesn’t when he faces off against one of Russia’s most savage mobs, ever to hit the streets of London.

The ruthless action sears across every page. Descriptions are succinct but as loaded as the Glocks touted by all. You feel the momentum building, and for a reader, that insatiable urge to race to the story’s stunning denouement is evident. An all-encompassing thirst to see bloody justice is wrought on the Russian mob, for their unspeakable crimes delivered on rival crime lord and Pearson’s Uncle, Harry Knight and his family, rages like wild fire through Mr Taylor’s brilliant writing. Pearson of course, steps up to protect his family and descend retribution on the Volkov mafia family.

As characters go, Danny Pearson is a man I was drawn to instantly, and felt invested in his fight to save himself and his family. With the sudden alluded to death of his wife and child by a car accident, it’s apparent that Pearson is a ball of inner trauma and pain, but he hides this fact well. He’s former SAS, immediately explaining his unique skill set, intelligence and ability to compartmentalise emotions. He wears a thin veil of the ‘easy-going guy’ when he’s with his mates, but inside, he’s on a hair trigger, holding down an anger that surges up and spews out like a super-charged volcano of wrath when the moment demands it. And those moments come in torrents… But, Pearson never uses his violence blindly. Each action is planned and executed with precision. Pearson is a thinker and a strategist, in tune with the environment around him, reading every nuanced indication, vibration or breath, and making adjustments and decisions to counter and compensate, and retain the advantage.

Pearson needs to be that good too, as the antagonist, Viktor Volkov is an evil foe gunning for Harry Knight’s slice of the action North of the Thames. Needless to say, Knight’s nephew is happy to jump into the fray, and redress the balance of power.

The story unfolds, and the pages ignite with thunderous action, which is beautifully juxtaposed with sensitive scenes of contemplation and reflection with Pearson and Knight sitting by Maureen Pearson their Mum and Sister respectively, watching her pass away. Amongst all the fighting, it’s recognized that Maureen is also a woman fighting with cancer, but it’s a fight where there are no winners.

Grief however, doesn’t last long in Mr Taylor’s book. Events roll fast, no spoilers, but I was open mouthed by what transpires. Very soon the stage is set for a turf war showdown between the brutal crime lords.

It should be noted that within the fearless, no holds barred action is a great sense of humor that Mr Taylor invests in the characters. There’s a knowing wink to the reader, honouring Bond’s clever one liners and the fast cockney funnies of Lockstock and Snatch. This is a serious book that still can see the fun in all the action that takes place. It’s perfectly pitched, and takes the edge off of the more violent shenanigans. I almost read this, in what amounts to a day, and for me, with my pressured life, this pace of reading is virtually unheard of. I loved Vodka and Jellied Eels- that title is work of genius! - and I can’t recommend it high enough. Just buy it!
Read more
2 people found this helpful
Report abuse

Dickens
5.0 out of 5 stars Fast Moving, Exciting, cant put it down.
Reviewed in the United Kingdom on September 29, 2020
Verified Purchase
Great follow on from the first book of the series, all except the initial linkage between the two. The continuity was lacking and was like a step back in time.
Storyline was really good, fast moving, difficult to put down.
I thoroughly recommend this author and I look forward to reading more of his work (already downloaded the next book in the series).
Read more
One person found this helpful
Report abuse

U4ea
5.0 out of 5 stars A gripping story
Reviewed in the United Kingdom on February 26, 2020
Verified Purchase
Another adventure of Dan Pearson from Stephen Taylor, and it's exceedingly good. It moves fast, with very strong characters, some extremely nasty and others not. Not only that, but it all comes over as utterly believable and thoroughly enjoyable. I'll get more books by Stephen, but first I think I need a calming down after all the excitement.
Read more
One person found this helpful
Report abuse

sg7nil
3.0 out of 5 stars Great story and action.... but...
Reviewed in the United Kingdom on July 18, 2019
Verified Purchase
Story and plot are good and well paced. I would have given this book more stars if the author had bothered to get it proof read and had fixed all the spelling and grammar errors in it. Call me a pedant but it grates on my nerves when the wrong use of past/passed and their/there/they’re are used like dragging fingernails down a blackboard. Get these obvious errors fixed and I’d rate this as an excellent read.
Read more
2 people found this helpful
Report abuse

karen Campbell
5.0 out of 5 stars Vodka and Jellied Eels
Reviewed in the United Kingdom on January 29, 2021
Verified Purchase
WOW..What an amazing book.The main character is brilliant
Action hero and action on every page.Its very tense and gripping with some really good grizzly fights.Im goin straight into the next one.Excellemt.
Read more
Report abuse
See all reviews