Vortex: Berlin (The Reluctant Assassin Series Book 3) and millions of other books are available for Amazon Kindle. Learn more 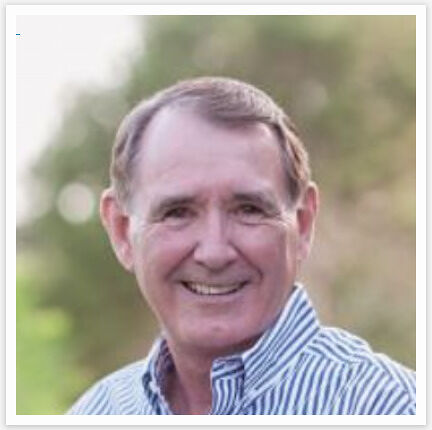 by Lee Jackson (Author)
4.7 out of 5 stars 43 ratings
Book 3 of 5: The Reluctant Assassin Series
See all formats and editions
Sorry, there was a problem loading this page. Try again.
Read more Read less
Previous page
Next page

"Mesmerizing! Lee nails the fall of the Berlin Wall." --Joe Galloway, NYT Best Selling Author of We Were Soldiers Once...and Young and We Are Soldiers Still

Lee Jackson is the internationally bestselling and award-winning author of The Reluctant Assassin series. He graduated from West Point and is a former Infantry Officer of the US Army. He deployed to Iraq and Afghanistan, splitting 38 months between them as a senior intelligence supervisor for the Department of the Army. His novels are enjoyed by readers around the world. Lee lives and works with his wife in Texas.
Start reading Vortex: Berlin (The Reluctant Assassin Series Book 3) on your Kindle in under a minute.

4.7 out of 5 stars
4.7 out of 5
43 global ratings
How are ratings calculated?
To calculate the overall star rating and percentage breakdown by star, we don’t use a simple average. Instead, our system considers things like how recent a review is and if the reviewer bought the item on Amazon. It also analyzes reviews to verify trustworthiness.
Top reviews

Robert Enzenauer
5.0 out of 5 stars Excellent coldl-war spy thriller
Reviewed in the United States on August 18, 2019
Verified Purchase
Lee Jackson does get better and better. Full disclosure – I read book 4 before Book 3 because of which book was in my call bag going back and forth to the hospital. I do think that it is important to read the first book in the series in order to understand the back story of Atcho. But this book is also a great stand-alone thriller. Jackson does what is so important for any author writing historical fiction – the author has to weave his fiction into the real history of the time. Atcho and his band of “good guys and gals” are fighting a WMD terrorist against the backdrop of the opening of the Berlin Wall in 1989. And the evil-doers are definitely well qualified to defy Atcho – from influential Russian generals, to rogue Stasi officer, and Chechen terrorists. Jackson has some new characters, with returning characters, good and bad, from Atcho books 1-3. The action moves very fast, and several plots are woven together at a break-neck pace. This is without question on one of THE BEST cold war spy thrillers I have read since some of my favorites by Sean Flannery (David Hagberg ), Back to work Jackson - - - I have no Atcho books left to read. I will catch back up my unread books by Tim Tigner and Jason Kasper on my bedside table.
Read more
One person found this helpful
Helpful
Report abuse

B.B.
5.0 out of 5 stars Very good historical fiction
Reviewed in the United States on April 9, 2019
Verified Purchase
Vortex: Berlin is the next in the series of Atcho’s adventures. The books take the reader through historic events with Atcho as a lead character. The story line sparks curiosity about the true history. It’s also a timely reminder of the atrocities of communism and the totalitarian regime’s control of the East German people. I highly recommend.

In this book, Atcho’s wife, Sofia, leads the effort to rescue family from East Berlin by helping along the opening of the East German checkpoints. Other heroes and villains from previous novels appear as well.

This book can easily be a stand-alone novel if you have not read the previous works. I would recommend Curse the Moon and Rasputin’s Legacy if you have not already read them.
Read more
2 people found this helpful
Helpful
Report abuse

Randy Tedford
5.0 out of 5 stars Lee Jackson's VORTEX: BERLIN takes the history of The Wall beyond what you expect.
Reviewed in the United States on May 1, 2019
Verified Purchase
First things first. I am a serious reader and, more importantly, a devoted reader of Lee Jackson.
That said, VORTEX: BERLIN is the third in the "Atcho" series written by Jackson and it's a first rate thriller. The main attraction for me in Jackson's writing is consistently well written plots and how he winds them around historical events. He keeps it believeable and totally within reason. In the first two Atcho novels, I found myself wondering how much was fact and how much was fiction.
In VORTEX: BERLIN, Lee Jackson intertwines Atcho and company into the opening of the Berlin Wall in 1989. That in itself is a great story. However, by weaving his characters historically from the pre-wall years into the post-wall era and opening of the gates, the reader gets an insider's view of the events leading up to East Berliners and all East Germans being allowed unrestricted travel.
Lee Jackson is obviously not just a talented author, but an in depth student of history.
Writing historically based fiction is not easy. The limits to which a writer can push his characters strengths, weaknesses and intrusion into historical fact without destroying a characters credibility leaves little room for literary license.
Have no fear, Lee Jackson places Atcho and company right into the middle of events and pulls off another masterpiece in thriller writing.
To go too deeply into the plot would be a spoiler for readers. Let me say, your time and money will be well spent with VORTEX: BERLIN.
Read more
One person found this helpful
Helpful
Report abuse

T. Watson
5.0 out of 5 stars Very enjoyable read, every bit the equal of Clancy without the preachiness
Reviewed in the United States on July 5, 2019
Verified Purchase
I read this as a break from the history that I usually read and was very happy that I did so. Lee does a great job crafting a story that's realistic and easy to follow while injecting some historical perspective that I know he has experienced as I did, meaning the fall of the wall and the forlorn existence in the communist bloc. No preachiness about current or past policy decisions but subtle reminders about the difference between the quality of life between the West and communist bloc. Great book, can't wait to read the others.
Read more
One person found this helpful
Helpful
Report abuse

John Shephard
5.0 out of 5 stars Lee Jackson delivers another shocking twist to a week that shook the world!
Reviewed in the United States on April 12, 2019
Verified Purchase
Spellbinding! Lee Jackson has a knack for taking the reader "behind the scenes" of dramatic, real-life world events and jacking up the tension ten-fold with villainy and plot twists that only his reluctant hero, Atcho, and his entourage of trusted sidekicks can resolve. This time, it's the fall of the Berlin Wall in that heady week of November, 1989, that changed Europe and the course of the Cold War. Grab a hearty hefeweizen or a tart schnapps, crack open Vortex: Berlin, forget everything you thought you knew, and let Jackson's story sweep you beyond the familiar spy-tale scenes of barbed wire, guard towers, and Checkpoint Charlie into a dark world of secret tunnels, rogue Stasi operatives, geo-political intrigue, disgruntled Russian generals, Chechen terrorists, and stolen nuclear devices. Viel Spass beim Lesen!
Read more
2 people found this helpful
Helpful
Report abuse

Rich
4.0 out of 5 stars Face-off in Berlin
Reviewed in the United States on April 9, 2019
Verified Purchase
The contrast between freedom and oppression is on stark display in Berlin. The forces in the East are attempting to maintain their control over the population while the West is encouraging the movement towards a free society. In the middle of these currents of change, Atcho and his team are attempting to prevent a nuclear holocaust. This continuation of the Atcho narrative grabs the reader's attention and doesn't let go. I'm looking forward to the next installment.
Read more
2 people found this helpful
Helpful
Report abuse

IceHouse
5.0 out of 5 stars The Atcho series is a historical spy thriller done right.
Reviewed in the United States on April 9, 2019
Verified Purchase
Historical spy thrillers are super interesting when they're done right. I'm currently into "Vortex: Berlin" which has all the proper ingredients for this genre — the detail in the author's characters is well-structured, and his paintings of the world's political climate from history make Lee Jackson's books so compelling, relevant and hard to leave unread!
Read more
One person found this helpful
Helpful
Report abuse
See all reviews