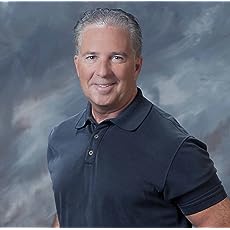 William Craig Reed is the author of the non-fiction books The 7 Secrets of Neuron Leadership with a Foreword by Gordon England--former Deputy Secretary of Defense and interviews with a former NASA Administrator (CEO), Secretary of the Navy, Admirals, Generals, CEOs, top neuroscientists, Navy SEAL officers, and more (Wiley & Sons, 2017). Also, Cold War III (Veterans Publishing, 2015) and Red November: Inside the Secret U.S. - Soviet Submarine War (HarperCollins, 2010). Reed also wrote the novel The Eagle and the Snake: A SEAL Team Six Interactive Thriller (Diversion Publishing, 2012). Reed is the co-author of Tarzan, My Father with the late Johnny Weissmuller, Jr. (ECW Press, 2002). Reed served as a U.S. Navy diver, submarine weapons technician, and espionage photographer for special operations aboard nuclear fast-attack submarines. He earned commendations for completing secret missions during the Cold War, several in concert with Navy SEAL teams. Reed is an alumnus or member of numerous military, veteran, and technology associations that allows him to reach an audience of millions.

When not writing, Reed is a neuroscience expert and has provided executive sales, marketing, and leadership consulting and coaching services for some of the world's largest firms. He holds an MBA in Marketing and was a former vice president and board director for the Silicon Valley American Marketing Association. He founded two software companies and developed a patent-pending technology that automatically customizes marketing content based on a prospect's neuroscience-based profile.
Read more 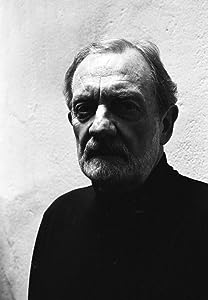 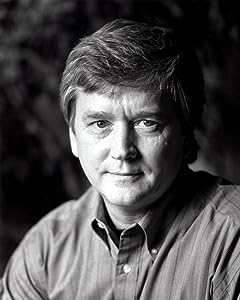 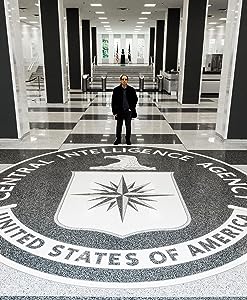 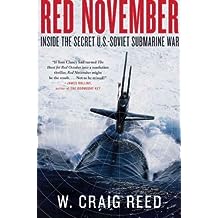 “Red November delivers the real life feel and fears of submariners who risked their lives to keep the peace.”
—Steve Berry, author of The Paris Vendetta

W. Craig Reed, a former navy diver and fast-attack submariner, provides a riveting portrayal of the secret underwater struggle between the US and the USSR in Red November. A spellbinding  true-life adventure in the bestselling tradition of Blind Man’s Bluff, it reveals previously undisclosed details about the most dangerous, daring, and decorated missions of the Cold War, earning raves from New York Times bestselling authors David Morrell, who calls it, “palpably gripping,” and James Rollins, who says, “If Tom Clancy had turned The Hunt for Red October into a nonfiction thriller, Red November might be the result.” 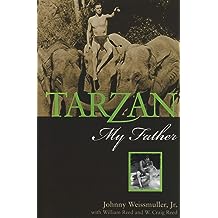 Johnny Weissmuller’s name has become synonymous with Tarzan—the role he played in the 1930s and ’40s to the delight of millions. Many don’t know that he also earned five Olympic gold medals for swimming before his renowned acting career—or that he had five marriages. This authoritative biography of the first Tarzan, written by his only son, offers an intimate look at Weissmuller’s early life, middle years, and later decline, covering his experiences from swimming training and Olympic triumphs to failed marriages, phenomenal stardom, and a subsequent career as Jungle Jim.

A sensitive yet unsentimental portrayal of the man who was Tarzan to movie fans around the world, Tarzan, My Father includes interviews with his father’s celebrity friends and former wives, recollections of conversations with his father over the years, and family stories involving Hollywood stars such as Humphrey Bogart.
Read more
Other Formats: Hardcover , Paperback 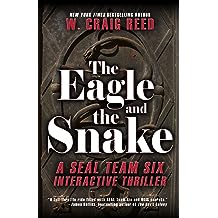 The Eagle and the Snake: A SEAL Team Six Interactive Thriller Dec 10, 2013
by W. Craig Reed
( 17 )
$2.99
“...a full-throttle ride filled with SEAL Team Six and NCIS secrets. Riveting and breathlessly paced, it’s a story that begs to be read in one sitting.” —James Rollins, bestselling author of The Devil Colony

“Unconventional and innovative, this is the future of e-publishing here and now—a thriller you not only read, but interact with. Pretty cool and completely fascinating. Attention everyone with an e-reader, don’t miss W. Craig Reed’s THE EAGLE AND THE SNAKE.” —Steve Berry, bestselling author of The Columbus Affair


NCIS agent Jon Shay is a former Navy SEAL working with operators from Team Six to track down an Iraqi terrorist with a stolen bio-weapon. With the help of a Russian bio-scientist, Jon and his team uncover a plot to create a genetic weapon that could alter the course of human history.

THE EAGLE AND THE SNAKE is the first plot-interactive ebook to feature selectable chapters, alternate endings and information links. Included is an enhanced multimedia non-fiction Afterword that explores several topics introduced in the novel, such as Navy SEAL training and tactics, Soviet and Iraqi secret bio-weapons programs and the genetic science behind “hard-wired” personalities.
Read more
Other Formats: Paperback 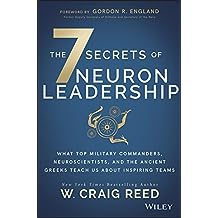 Leadership techniques backed by the world's most effective teams

The 7 Secrets of Neuron Leadership offers a diverse collection of wisdom and practical knowledge to help you build and lead your most effective team yet. Written by a former U.S. Navy diver, this book draws from the author's experiences and beyond to reveal key truths about the nature of teamwork, and expose the core of effective team leadership. You'll go back to ancient Greece to discover the nine personality types and the seven types of love that form the foundation of human interaction, and learn how to use this wisdom as a scaffold for communication within your own team. You'll mine the latest neuroscience research as you delve into the Triune Brain and personality neurotransmitters, and explore the biological hardwiring that can be finessed and focused to achieve results.

Throughout, you'll gain insightful perspective from military and business leaders about what does—and doesn't—work in the real world; discussions with a former head of NASA, a Deputy Secretary of Defense, Navy SEAL officers, two Secretaries of the Navy, and dozens of CEOs, executives, researchers, and renowned world leaders provide invaluable advice backed by a track record of success.

Effective teamwork begins with building the right team, and leading with the right kind of leadership for that particular team. The 7 Secrets of Neuron Leadership shows you how to put the right players in place and give them the support, guidance, and direction they need to bring home exceptional results. 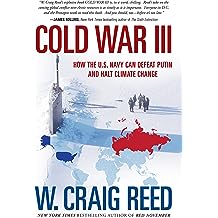 Cold War III: How the U.S. Navy Can Defeat Putin and Halt Climate Change Jun 10, 2015
by W. Craig Reed
( 17 )
$4.99
More than 5 decades ago, the world was brought to the brink of destruction when Russian president Nikita Khrushchev sent 4 submarines toward Cuba. Officers aboard all 4 subs came within a breath of firing nuclear torpedoes and starting World War III. W. Craig Reed was the first author to bring the entire chilling story to light in his book Red November, wherein he revealed how John F. Kennedy trumped Khrushchev by leveraging a new technology invented by the U.S. Navy and deployed worldwide by Reed’s father. In Cold War III, Reed exposes Russian President Vladimir Putin’s plan to dominate world resources, especially in the Arctic, and why the invasion of the Ukraine is only the beginning. Reed also reveals details about another scientific breakthrough created by the U.S. Navy that could defeat Putin and mitigate climate change. Unless world leaders act now, Putin’s plan could plunge the free world into a nightmare scenario of poverty and despair not seen since the Great Depression.
Read more
Other Formats: Paperback