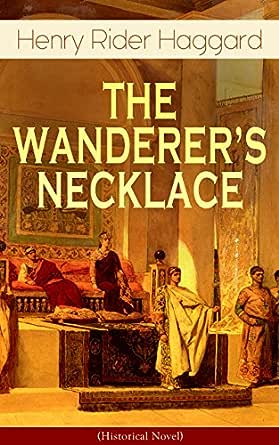 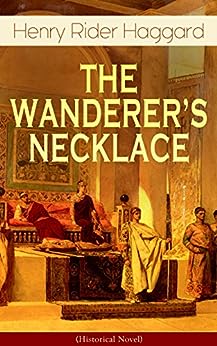 Stephen Coan is an assistant editor of The Natal Witness. --This text refers to an alternate kindle_edition edition.

3.8 out of 5 stars
3.8 out of 5
37 customer ratings
How does Amazon calculate star ratings?
Amazon calculates a product’s star ratings based on a machine learned model instead of a raw data average. The model takes into account factors including the age of a rating, whether the ratings are from verified purchasers, and factors that establish reviewer trustworthiness.

xxx
3.0 out of 5 stars another haggard adventure
Reviewed in the United States on April 22, 2011
Verified Purchase
This is a Haggard adventure outside his african world; the hero is a northman who by a disastrous failure of a planned wedding loses most of his tribe, family, friends, wife-to-be, and religion, and discovers that he is a kind of reincarnation of a long-ago leader, the Wanderer. The Wanderer had loved a woman in ancient egypt, but got separated from her; they divided a necklace as sign of recognition. The hero takes this necklace from the Wanderer's tomb and sets out to find the other half, and with it the reincarnation of his ancient love. After heroic adventures in Byzantium and Egypt they are reunited, and return to his home in the north.
The story is full of heroic action, but to me it feels a bit flat, neither the exotic places of some of Haggards novels nor the historical connections of others, and with the byzantine empress causing so much problems by her jealousy and breaches of promises, one does feel imaptient, why doesn't he kill her and get the book over a hundred pages earlier?
The book itself is a bit large, about letter-sized paper, and printed in a typewriter style, but the printing is clean and well-readable.

Amazon Customer
5.0 out of 5 stars Jumping through hoops
Reviewed in the United States on April 29, 2012
Verified Purchase
This was a wonderful diamond in the rough. I wasn't quite sure what to expect, but I read the other reviews before "purchasing" (using the term loosely seeing as it was free) the book. I couldn't put the book down.

The book is written from Olaf's point of view in the moments of his life that he remembers...

It begins with Olaf as a young man and goes through varying stages of his life and ends with his death. While it is not written in modern day English, it was very entertaining. The different relationships between Olaf and the other characters in the book such as the Augusta Lady Irene, Martina and Lady Heliodore are mesmorizing. Olaf is a man of character, a man who understands the meaning of the words duty and honor, and is wise even in his years as a young man. Even as crazy as the Augusta is she understands Olaf's worth.

It was very easy to be drawn into each of the characters in the book and I was anxious to see how Olaf Red Sword/Michael would get out of each predicament he found himself in. The man truly had to have had God on his side working miracles to get him through the hoops he had to jump through.

This was a great book well worth the read.

Elaine H.
5.0 out of 5 stars The Wanderer's Necklace
Reviewed in the United States on May 18, 2016
Verified Purchase
I've read this book so many times. I always loan the book out or give it away and end up buying another copy. I know other reviewers have mentioned not liking the writing style but I had no problems with it. It's a little unusual to read a book with Christianity mixed in with reincarnation. There are a few versions of the book with illustrations. Those are really nice to see. I love a good romantic hero and Olaf fits the bill. I read the paperback in the 80's. It had the cover of the scary Viking. I love Olaf and Heliodore. Great love story.
Read more

Chuckp
5.0 out of 5 stars Another Great Rider Saga
Reviewed in the United States on October 9, 2011
Verified Purchase
Once again, Haggard creates a gripping array of characters and events in this multi faceted story. We are taken from the land of the Norse warriors to the treacherous intrigues of the Byzantine as well as Egypt and Lesbos. Along the way we encounter many beautiful and some treacherous women from Norse maidens to the Empress of Constantinople to an ingenue maiden from Egypt descended from the ancient Pharohs. Our guide for this adventure is Olaf Red Sword, a man who is conflicted by his honor, his oaths and his religion despite being the greatest warrior of the times. This tale is reminiscent of Rider's "Cleopatra" novel and is equally enjoyable. A must read!
Read more
Helpful
Comment Report abuse

Megan
3.0 out of 5 stars Historical Fiction
Reviewed in the United States on April 9, 2014
Verified Purchase
This book features a Scandinavian Viking main character who ends up in the Byzantine Empire as a guard for the empress while looking for the woman he dreams of who has the other half of a necklace he stole from a warriors grave. It was interesting but it told in a awkward way at times. At times I wanted more information , other times I wanted him to hurry up that part of the story. Overall if you like this genre you will probably like the characters. It felt true to the time frame from what little I remember of this from highschool history.
Read more
Helpful
Comment Report abuse

JanRemarque
5.0 out of 5 stars Great Adventure!
Reviewed in the United States on August 28, 2011
Verified Purchase
I've always loved adventure stories but have cared little about most of those written in the past few decades. A young friend suggested I check out Henry Rider Haggard. The Wanderer's Necklace was my first choice and boy, was it a good one! This story would likely be considered a saga today. Although the Wanderer in the title refers to a chief who has been dead for centuries, the main character, Olaf, does his own share of wandering to exotic places, always with the necklace and sword he found in the Wanderer's tomb. It would be futile to try to give any specifics about the story because it is so detailed. Suffice it to say that it is exciting, intriguing, and well-written. Also, the formatting is very good.
Read more
One person found this helpful
Helpful
Comment Report abuse

bookworm
3.0 out of 5 stars A fair read
Reviewed in the United States on March 19, 2013
Verified Purchase
I had a hard time getting into the book. The characters are well drawn but the book lacks oomph. Olaf is an honorable man and the story takes you to many places that are interesting. This is not your typical book and that is good in itself. The storyline is very clever and it never loses its focus. While it is not the best book I've ever read, I did read it through to the end. You might want to give it a try.
Read more
Helpful
Comment Report abuse

Amazon Customer
1.0 out of 5 stars Poor quality - returning
Reviewed in the United States on August 7, 2017
Verified Purchase
This is not a "mass market paperback." It looks like something that was self-published, the print quality is very poor and very tiny with huge page margins. It is not readable and certainly not worth the price. Sending it back.
Read more

Mark K Jackaman
4.0 out of 5 stars More a romance than an adventure it's still good gripping stuff.
Reviewed in the United Kingdom on February 3, 2020
Verified Purchase
Quite a good tale...the hero is driven by love to unknown lands, toils and hardships. Plenty of action and fighting coupled with frustrations and heartache. A tale of fiction with a believable plot. A good read.
Read more
Helpful
Sending feedback...
Thank you for your feedback.
Sorry, we failed to record your vote. Please try again
Report abuse

Kathleen L Thompson
5.0 out of 5 stars The wanderer's necklace
Reviewed in the United Kingdom on January 20, 2013
Verified Purchase
I enjoyed this book, but then I am a Rider Haggard fan - if only the modern writer's had more of his flare for words.
Read more
One person found this helpful
Helpful
Sending feedback...
Thank you for your feedback.
Sorry, we failed to record your vote. Please try again
Report abuse

K RANGA RAJYAM
4.0 out of 5 stars Loyalty Vs prophecy
Reviewed in India on April 22, 2016
Verified Purchase
A very nice account of a great warrior that struck to his beliefs and bowed to what was granted to him because of his deeds!
Read more
Helpful
Sending feedback...
Thank you for your feedback.
Sorry, we failed to record your vote. Please try again
Report abuse