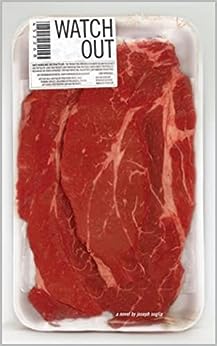 by Joseph Suglia (Author) Format: Kindle Edition
See all formats and editions
Sorry, there was a problem loading this page. Try again.

Watch Out is the story of Jonathan Barrows, a man who falls in love with himself—literally. But is he indeed a man—or is he something more than merely a man?

The novel reads as if it were a beautiful prose-poem yet contains scenes that shock even the most jaded of readers.

This is the third and final edition of Joseph Suglia's cult-classic novel Watch Out. The first two editions of Watch Out were published by a small press. The final version is a recomposition of the novel; it has much greater depth and is much more expansive than the previous two versions.

The final version of Watch Out is the only version of the novel that the author endorses. There will be no other.

I no longer endorse any of these works. They no longer represent me as an artist, as a scholar, or as a human being.

Table 41 (2019) and the final version of Watch Out (2022) are the only books that I take responsibility for. I endorse Table 41, Watch Out: The Final Version, and my more recent literary-critical writings — that is all.

Joseph Suglia is a novelist, a literary critic, a playwright, a philosophical commentator, and, some years latterly, a video-maker.

He is an exegetist and a creator who effigiates figures that suggest his darkest feelings. His figures—they are effigurate, not effuse.