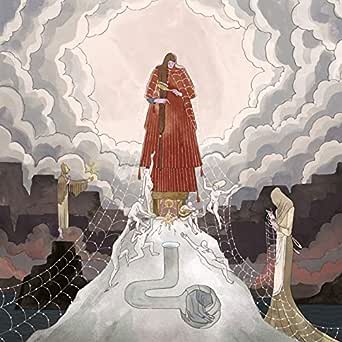 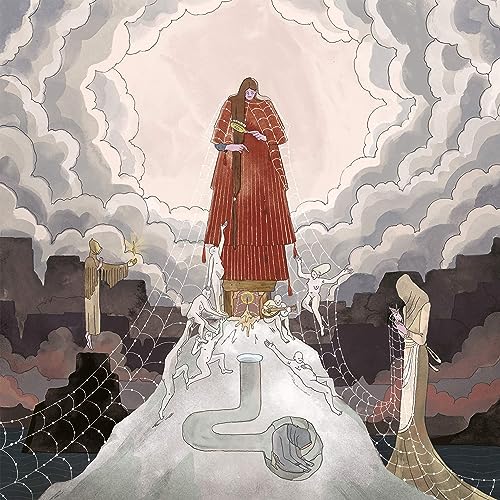 4.7 out of 5 stars
4.7 out of 5
163 global ratings
How are ratings calculated?
To calculate the overall star rating and percentage breakdown by star, we don’t use a simple average. Instead, our system considers things like how recent a review is and if the reviewer bought the item on Amazon. It also analyzes reviews to verify trustworthiness.
Top reviews

Andrew Evenstar
5.0 out of 5 stars Purity Ring's 3rd Album
Reviewed in the United States on April 3, 2020
Verified Purchase
I'll be updating this as I listen. this album has came out today. If it's anything like their past 2 albums, this one will be creative, addictive and impressive. Corin's producing is among the best in the industry.

If you like any type of synth / electro pop, or a sound similar to chvrches or retro wave, and female vocals, chances are you will really like Purity Ring.

Pink Lightning their first single I'd say is instantly one of their best songs.
Read more
One person found this helpful
Helpful
Report abuse

Robert R. Kuntz
5.0 out of 5 stars Fantastic Album, Purity Ring does it again....
Reviewed in the United States on February 8, 2021
Verified Purchase
This is one of the most amazing newer groups out there. They have been around for over five years now, and they are still going strong. My highlights from this album are Stardew and I Like The Devil, (not what you think, it's actually a tribute song to her mother! So sweet and awesome.) I am a huge Pink Floyd, Led Zeppelin, Doors, etc fan, but I like to keep my "ear to the ground" for new music.Purity Ring is....very "different". Love her lyrics and love the sound! Check out the other albums too, Another Eternity, and Shrines. Songs like Begin Again and Bodyache are just amazing. Love the official videos for their music too! Rock on, Purity Ring!
Read more
Helpful
Report abuse

Penelope Barber
1.0 out of 5 stars Plays poorly
Reviewed in the United States on April 14, 2021
Verified Purchase
Skipped since day one of opening, I've used my cleaner and it still skipped like crazy. Couldn't get through the first song, unfortunately this gift wasn't open till last week so I didn't know till now.
Read more
Helpful
Report abuse

B R
1.0 out of 5 stars GREAT ALBUM. Terrible vinyl quality
Reviewed in the United States on January 1, 2021
Verified Purchase
Arrived warped with shreds of plastic hanging off of it. Skips like crazy. Will be returning
Read more
Helpful
Report abuse

Pedram Navab
5.0 out of 5 stars Musical Longevity
Reviewed in the United States on January 20, 2021
Verified Purchase
Phenomenal. I’ve been lasting continuously to this album for the last several months, and it sounds as fresh today as it did then. In
my opinion, it’s their best album. It has longevity.
Read more
Helpful
Report abuse

Chr
3.0 out of 5 stars Good artist.scratched record.
Reviewed in the United States on February 20, 2021
Verified Purchase
Had to return first one, scratched up.
Read more
Helpful
Report abuse

Paul AllaerTop Contributor: Classical Music
TOP 100 REVIEWERVINE VOICE
4.0 out of 5 stars 3.5 stars... Purity Ring turn reflective on 3rd album
Reviewed in the United States on April 5, 2020
Canadian electronic duo Purity Ring, consisting of singer Megan James and multi-instrumentalist Corin Roddick, released their 2012 debut album Shrined to immediate acclaim, and the 2015 follow-up album Another Eternity was equally received well. After much touring, the band took a break. Other than releasing "Asido", a one-off single in 2017, it took the band 5 years, an eternity in the music industry, to return with a new album. Now it is here.

"Womb" (10 tracks; 36 min.) opens with "rybinsides" (no capital "r"), a slower tune awash in warm synthesizers. "pink lightning" (2nd single) is in the same vein. And likewise with "peacefall" (3rd single). By then, a pattern is set and as it turns out, the band has turned reflective, some might call it introverted. In other words: this is a very different feel from the previous two albums. Some might like that, others not so much, it's whatever suits your fancy. Count me along with the "others not so much". Does that mean this is a bad album? Of course not. But I simply like the sound of the first 2 albums better. By the way, it's only when we get to the album-closing "stardew' (1st single) that we get what I would the 'classic' Purity Ring sound. By then, it's a little too late for me. Despite this change in the band's overall tone, Megan James is in fine form throughout, and her singing is soothing.

For whatever reason, I haven't had a chance to see Purity Ring in concert yet. The band was set to start a long US tour in early May, which obviously isn't going to happen now, as we battle the coronavirus. Here's hoping that whenever things to some normalcy, Purity Ring will make a stop in Cincinnati (where I live). Meanwhile stay safe and healthy!
Read more
5 people found this helpful
Helpful
Report abuse
See all reviews