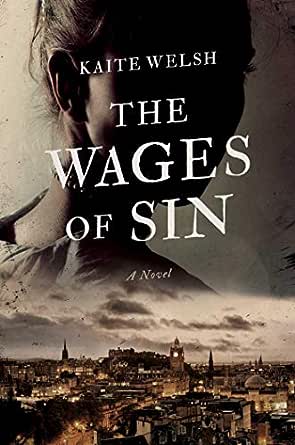 You've subscribed to Sarah Gilchrist Mysteries! We will preorder your items within 24 hours of when they become available. When new books are released, we'll charge your default payment method for the lowest price available during the pre-order period.
Update your device or payment method, cancel individual pre-orders or your subscription at
Your Memberships & Subscriptions 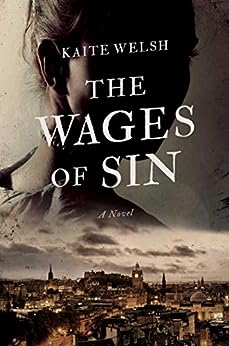 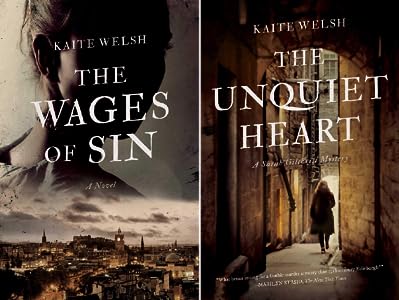 Kaite Welsh, author of The Wages of Sin, is an Edinburgh-based journalist and the literature officer at Creative Scotland. She writes a weekly column for the Daily Telegraph and makes frequent appearances on BBC Radio 4's Woman's Hour.

“What better setting for a Gothic murder mystery than 19th-century Edinburgh? Kaite Welsh relishes these surroundings in her pungent first book, The Wages of Sin.”
- Marilyn Stasio, The New York Times Book Review

“Welsh’s deeply feminist novel is an engaging, fast-paced tale full of twists and turns. The novel puts on full display the various struggles of women entering academia, as well as women’s class struggles. Readers who enjoy historical fiction that incorporates mystery and female empowerment will love this.”
- Booklist

“Sarah is a spunky but historically accurate heroine, bucking the most restrictive traditions in order to comment on them. The first book in what will, one hopes, be a long-running series, featuring a new kind of historical leading lady, Welsh’s debut is an inspiring feminist tale perfect for the modern age.”
- Library Journal (starred; Debut of the Month)

“With a strong plot and sharply drawn characters, the author effectively portrays the attitudes and prejudices of Victorians towards women and their role in society along with a dark tale of murder. With a nod to Conan Doyle, and a satisfying and surprising conclusion, this is a readable and welcome addition to the genre.”
- Historical Novels Review

“Welsh makes clever use of the conventions of the genre while throwing in a twist informed by modern sensibilities. Damp, sooty, moralistic, and sinning Edinburgh is convincingly evoked. A gritty detective story as unflinching as its heroine, rich in well-researched period detail.”
- Kirkus Reviews

“Gripping. An exhilarating and atmospheric mystery set mostly in the gas-lit streets of Edinburgh. Welsh balances her protagonist's progressive inclinations with a self-awareness that enables her to play the roles that the era demands. The result is a layered, provocative and riveting mystery about Victorian dynamics and womanhood.”
- Shelf Awareness

“An excellent debut novel that is both entertaining and educational.”
- Mystery Scene

“This gripping, thought-provoking historical mystery will open teens’ eyes to the reality of life for independent women in the 1800s. For readers interested in women’s history or those who enjoy delving into Victorian society.”
- School Library Journal --This text refers to an out of print or unavailable edition of this title.

First-year medical student Sarah Gilchrist, one of her school's 12 newly admitted women, spends her off-duty time treating the poor at an infirmary nestled in the dark, damp backstreets of 1892 Edinburgh. Disease, prostitution, gambling, and drugs flourish here, but Sarah finds her calling in helping young women caught in the depths of poverty. In school one day, Sarah recognizes the body of Lucy, one of her patients, on the dissecting table. Certain that Lucy was murdered, Sarah sets out to discover the killer. She takes to the streets to investigate and learns that her professors indulge in the vices of the city. As Sarah begins to make connections, she gets into trouble, but her past haunts her and compels her to seek answers despite possible repercussions. Welsh examines poverty's harsh effects, a strongly patriarchal society, demanding cultural expectations, and the consequences for 19th-century women who wanted to forge a path of their own. Balancing her medical studies, her formidable relatives, and her work in the infirmary with her obsession with identifying Lucy's murderer, Sarah is stretched to the limit. This gripping, thought-provoking historical mystery will open teens' eyes to the reality of life for independent women in the 1800s. VERDICT For readers interested in women's history or those who enjoy delving into Victorian society.—Connie Williams, Petaluma High School, CA --This text refers to an out of print or unavailable edition of this title.
Read more