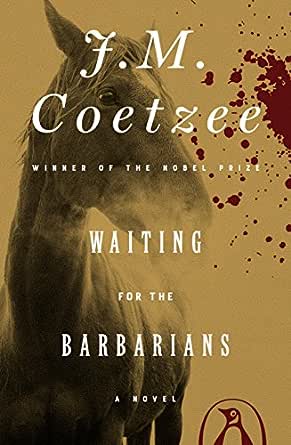 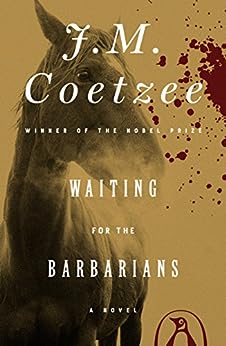 Waiting for the Barbarians: A Novel Kindle Edition

Praise for Waiting for the Barbarians:

“J.M. Coetzee’s vison goes to the nerve-center of being. What he finds there is more than most people will ever know about themselves, and he conveys it with a brilliant writer’s mastery of tension and elegance.” —Nadine Gordimer

“Coetzee, with laconic brilliance, articulates one of the basic problems of our time—how to understand the mentality behind brutality and injustice.” —Anthony Burgess, New York

“I have known few authors who can evoke such a wilderness in the heart of a man . . . Coetzee knows the elusive terror of Kafka.” —Bernard Levin, The Sunday Times (London)

For decades the Magistrate has run the affairs of a tiny frontier settlement, ignoring the impending war between the barbarians and the Empire, whose servant he is. But when the interrogation experts arrive, he is jolted into sympathy for the victims, and into a quixotic act of rebellion which lands him in prison. --This text refers to the paperback edition.

J. M. Coetzee won the Nobel prize for Literature in 2003 and is the author of twenty-three books, which have been translated into many languages. He was the first author to be awarded the Booker Prize twice, first for Life & Times of Michael K and then for Disgrace. A native of South Africa, he now lives in Adelaide, Australia. --This text refers to the paperback edition.

Set in an isolated outpost on the edge of a great Empire, WAITING FOR THE BARBARIANS is a startling allegory of the war between oppressor and oppressed. The Magistrate, the novel's fascinating narrator, has been a loyal servant of the Empire, running the affairs of the frontier settlement, dabbling in antiquarianism, and ignoring constant reports of a threat from the "barbarians" who inhabit the uncharted deserts beyond the village. But when military personnel arrive with captured barbarians, he becomes witness to a cruel and unjust defense of the Empire. Outraged and, with military command controlling his village, powerless to prevent the persecution of the barbarians, he finds himself involved in an affair with one of the victims, a girl crippled, blinded, and orphaned by the torturers. Their relationship, intimate but devoid of true understanding, finally pushes him to a quixotic act of rebellion that brands him an enemy of the state. Rendered in an austere but richly suggestive prose, Coetzee's novel addresses universal political and philosophical issues of power and justice. --This text refers to an alternate kindle_edition edition.
Read more