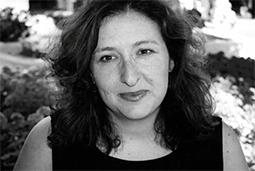 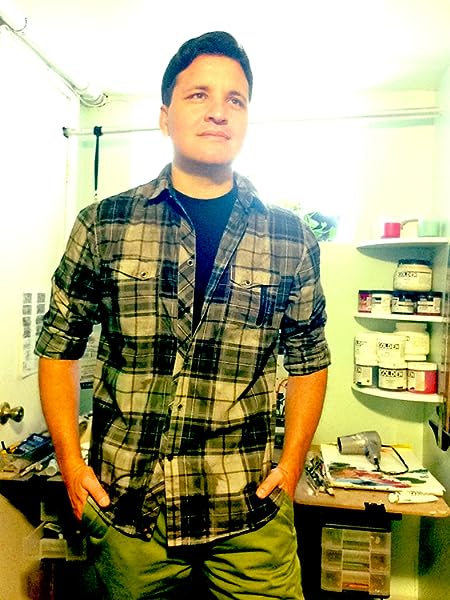 Review, School Library Journal, June 1, 2011
"The pleasure and love of reading are joyfully brought forth in this simple, happily rendered tale."

Starred Review, Kirkus Reviews, June 15, 2011
"Parra’s colorful folk-style illustrations of acrylics on board bring Ana’s real and imaginary worlds to life...The book is perfect for read-alouds, with occasional, often onomatopoeic Spanish words such as “quiquiriquí,” “tacatac” and “iii-aah” adding to the fun."

Review, Publishers Weekly, May 9, 2011
"Parra's naïve-styled acrylics brim with scenes of country life. A palette of salmon pinks and turquoise and sky blues, painted on board, give the book a rough-hewn, handmade quality and an innocent, childlike appeal (with her wide face, delicate features, and rouged cheeks, Ana even resembles a porcelain doll). In a metafictional ending, readers will notice that the book Ana hands the bibliotecario upon his return is this very book--fitting, as this truly is Ana's story."

Review, The Horn Book, July/August 2011
“This sample of the impact of traveling librarians on rural children, inspired by a Colombian teacher-librarian, not only celebrates their work but eloquently portrays a matchless way to inspire learning: by feeding the natural hunger for story....Small, brown-faced Ana’s enthusiasm is contagious, and the satisfying denouement, in which she donates her homemade book to the traveling collection, is just right."

MONICA BROWN's Peruvian-American heritage has inspired in her a desire to share Latino/a stories with children. Her books have garnered starred reviews, The Américas Award, and a Pura Belpré Honor. In addition, she received the prestigious Rockefeller Fellowship on Chicano Cultural Literacy from the Center for Chicano Studies at the University of California. Monica is currently Professor of English at Northern Arizona University in U.S. Latino and Multicultural Literature.

JOHN PARRA is an award-winning illustrator, designer, teacher, and fine art painter whose work is avidly collected. John’s books have received starred reviews and have appeared on the Texas 2x2 Reading List. He has received the SCBWI Golden Kite Award for illustration, the 2006 International Latino Book Award for Best Children’s Book Interior Illustrations, and the 2010 Pura Belpré Illustrator Honor Award for Gracias/Thanks, written by Pat Mora.

”Who are you? Who are they?” the children ask.

The man says, “I am a librarian, a bibliotecario, and these are my donkeys, Alfa and Beto. Welcome to Biblioburro, my biblioteca.”

“But, Señor,” Ana says, “I thought libraries were only in big cities and buildings.”

“Not this one,” says the librarian. “This is a moving library.”

Then he spreads out his books and invites the children to join him under a tree.
Read more

Start reading Waiting for the Biblioburro on your Kindle in under a minute.

ScotFlowerTop Contributor: Children's Books
TOP 500 REVIEWER
4.0 out of 5 stars Cute story - Columbian
Reviewed in the United States on May 27, 2019
Verified Purchase
This is based on a true story from Columbia. But when you read the story, it fells very cross-national. I could easily believe the story was from Mexico or Honduras etc. A girl's teacher moves away and she has only one book. She longs to read more books, but there are no options in her remote area. One day a man brings books on burros and the traveling library enables her to read new stories. In the end, the child is spurred to write her own stories to share with others.

This would be a great introductory book into visiting a library, understanding other cultures, learning basic Spanish, and writing a story.

Intermixed throughout the story are some Spanish words (which are not translated to English). So the book would be highly appropriate for bilingual classes... but translation is needed for non-Spanish speakers. There is no pronunciation explained either from how to say the alphabet or the Spanish words - so its up to the reader to make sure they are doing it right. A quick search on the internet brought up the pronunciation refreshers I needed.

Overall its a good book with images that are sure to engage students.

Kay Peel
5.0 out of 5 stars A great read aloud based on a true story
Reviewed in the United States on April 21, 2018
Verified Purchase
This is a realistic fiction story about a girl who loves to read, but lives in a remote village where her teacher moved away and books are few. Then, one day, the biblioburro arrives. I love reading this book to my class of 1st graders. It's a good read aloud book for inferring, including trying to figure out what a biblioburro is and why Luis' burros are named Alpha and Beto. I also liked that the author included information about the real Luis and the different types of traveling libraries that bring books to readers around the world.
Read more
2 people found this helpful
Helpful
Comment Report abuse

Amazon Customer
5.0 out of 5 stars Wonderful story!
Reviewed in the United States on April 29, 2020
Verified Purchase
This story is amazing. There was a movie made because its based on true events. Highly recommend! This will be a great addition to your home library.
Read more
Helpful
Comment Report abuse

Jennifer
5.0 out of 5 stars Way to encourage story writing in our children
Reviewed in the United States on March 31, 2020
Verified Purchase
It’s a great story about the love of reading and writing stories! Parents could read to a child or an independent reader at a 2nd grade level could read it. This book helps encourage children to generate their own stories. As an elementary school reading instructor this is a great book to inspire story-telling and learn about how other cultures find ways to share books!
Read more
Helpful
Comment Report abuse

dough
5.0 out of 5 stars Inspiring multicultural story
Reviewed in the United States on July 7, 2015
Verified Purchase
This is a great addition to my family library - perfect for my 6 and 8 year olds. It's a great, true story with a great moral about the power of an individual to make a difference. Plus it has some great Colombian flare.
Read more
3 people found this helpful
Helpful
Comment Report abuse

Courtney
4.0 out of 5 stars Four Stars
Reviewed in the United States on September 1, 2018
Verified Purchase
Great book about the Biblioburro's visit to a small town in Colombia.
Read more
One person found this helpful
Helpful
Comment Report abuse

Cac
5.0 out of 5 stars Great book
Reviewed in the United States on July 15, 2016
Verified Purchase
Great story about the love of reading a child has. My third grade students enjoyed this book. Good lesson about the value of reading and books.
Read more
One person found this helpful
Helpful
Comment Report abuse

SENA
5.0 out of 5 stars True story it’s awesome
Reviewed in the United States on September 22, 2020
Verified Purchase
I love this book because it’s a true story and it has a lot of stuff like true stories and we’ll nice things I chose this rating because it’s a super good book and I’m pretty sure you’d love it I like amended 5 up to 12
Read more
Helpful
Comment Report abuse
See all reviews

Page 1 of 1 Start overPage 1 of 1
This shopping feature will continue to load items when the Enter key is pressed. In order to navigate out of this carousel please use your heading shortcut key to navigate to the next or previous heading.
Back
Next
Pages with related products. See and discover other items: kindergarten writing