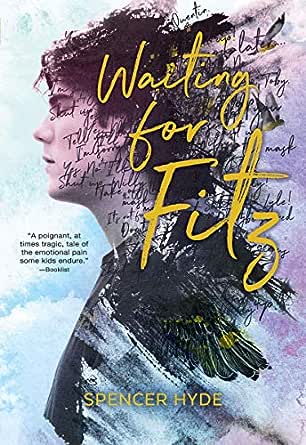 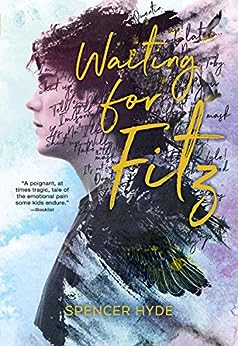 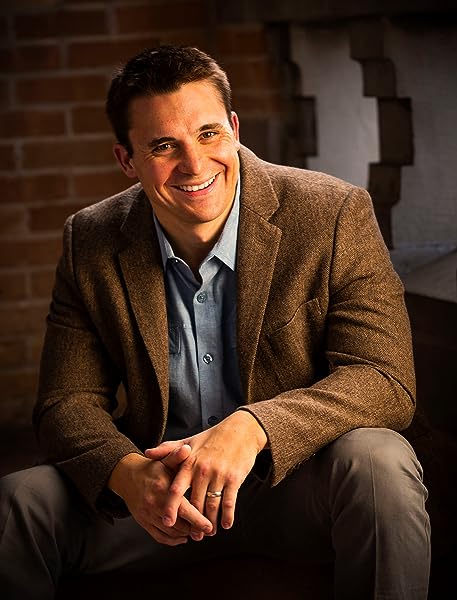 Gr 8 Up—Midway through her senior year, 17-year-old Addie Foster is sent for in-patient psychiatric therapy for obsessive compulsive disorder (OCD) at Seattle Regional Hospital. Quick-witted and literary-minded, she dreams of being a playwright. Making some unlikely but unique friends from the first day of group therapy, Addie accepts that she needs help, while handsome, mysterious Fitz is desperate to leave after two years of treatment. Grieving and guilt ridden, Fitz, who has schizophrenia, mentions San Juan Island and the name Quentin but does not offer any details to Addie. Innocent romance sparks for the two, their shared passion for literature kindling their companionship. When the truth of Fitz's past is revealed to Addie, she is forced to take a painful look at their relationship and her own future. The ending is hopeful, albeit a touch predictable. Hyde, having spent much of his high school years in in-patient therapy for severe OCD, provides an accurate, honest rendering of teenage mental illness. VERDICT Fans of John Green and Jennifer Niven will enjoy this realistic portrayal of some heavy subject matter.—Laura Jones, Argos Community Schools, IN --This text refers to the hardcover edition.

Hyde offsets the painful realities of mental illness with gentle surprises and such humor as Fitz's naming his hallucinations after popular country singers...Thoughtful and thought-provoking.

A poignant, at times tragic, tale of the emotional pain some kids endure.

Spencer Hyde spent three years during high school at Johns Hopkins for severe OCD. He later worked at a therapeutic boarding school before earning his MFA and his PhD specializing in writing fiction and essays; he wrote Waiting for Fitz while working as a Teaching Fellow in Denton, Texas. Hyde and his wife, Brittany, are the parents of four children.

--This text refers to the mp3_cd edition.
Read more

4.2 out of 5 stars
4.2 out of 5
51 global ratings
How are ratings calculated?
To calculate the overall star rating and percentage breakdown by star, we don’t use a simple average. Instead, our system considers things like how recent a review is and if the reviewer bought the item on Amazon. It also analyzes reviews to verify trustworthiness.

A Reader
5.0 out of 5 stars Authentic and Poignant Portrayal of Mental Illness
Reviewed in the United States on March 8, 2019
Verified Purchase
Hyde’s debut novel shows his literary background, his fine writing skill, and his sense of humor. The plot is reminiscent of Green’s The Fault in Our Stars, but in this story the two star-crossed lovers are patients at a mental hospital. Fitz is dealing with schizophrenia; Addie, the smart, pun-loving narrator, has OCD. This story gives real insight into the complexities of mental illness and its effects on its victims and their families. Addie and Fitz are the stars of this tragi-comedy, but they share the stage with a number of other characters, each suffering in their own way. The conclusion is satisfying, honest, and warmly drawn. Readers won’t soon forget these two kids and their story.
Read more
3 people found this helpful
Helpful
Comment Report abuse

Rachel Nicole Tollestrup
5.0 out of 5 stars A Tragic Comedy
Reviewed in the United States on April 15, 2019
Verified Purchase
Waiting For Fitz is the classic tale of “boy meets girl” but this time it includes a bit of an interesting twist. It’s a novel that tells a truth in such a unique and beautiful way. The story is centered around mental illness and the many effects and repercussions that it has. Addie, the main character, is a spunky, witty and brilliant girl who struggles with obsessive-compulsive disorder–OCD. As the reader, prepare yourself to be inspired by her conviction, her fearlessness and her fierce ability to love and be loved by everyone around her. Despite the demanding trial of this mental illness that she is forced to deal with, Addie is able to overcome numerous obstacles and help numerous others along their walk of life as well. She is truly an inspiration to us all.
Hyde utilizes outstanding craft in his writing. It is unlike anything I’ve ever read before. He is able to gently pull on your heart strings as you fall in love with the characters and their unique little quirks that each of them has. There’s also very eloquent imagery used throughout that is truly breathtaking. He took something as mundane as a raindrop falling and made it sound poetic. I absolutely loved reading Waiting For Fitz. It opened my eyes to a whole new perspective and made me more empathetic towards the many people around me in my everyday life who are currently struggling with mental illnesses. 10/10 review for this excellent book. I would recommend it to anyone.

Andrea L. Bergmann
5.0 out of 5 stars Enter the mind
Reviewed in the United States on May 28, 2019
Verified Purchase
Thank you for writing a book with a character who has OCD. The main character has thoughts with tangents, some light & comical and and some heavy laden with anxiety. I loved reading all of the thought processes and felt that this book can help people have some compassion for anyone who suffers from this disorder.
Read more
Helpful
Comment Report abuse

H Clan
5.0 out of 5 stars Teenage daughter could not put it down.
Reviewed in the United States on March 17, 2019
Verified Purchase
My young teenage daughter really enjoyed this book. She felt the story was very engaging. She enjoyed having a glimpse into how others may view and engage the world around them. She read the entire book in one day, although it was spring break.
Read more
Helpful
Comment Report abuse

Austin Baird
5.0 out of 5 stars Important Portrayal of Those With Mental Illness
Reviewed in the United States on March 5, 2019
The main character here was exhausting. Living inside Addie's head was alternately exasperating, hilarious, pathetic, unbelievable, but ultimately, illuminating. I don't have any personal experience with mental illness, and I'll readily admit that I used to have ridiculous, offensive, wildly incorrect opinions about mental illness. I've been lucky enough to live with and be close friends with several people who have corrected my inaccuracies, taught me the hard truths about mental illness, and opened my eyes to what living with it is really like.

All of that is to say that Addie, while belligerent, obnoxious, and certainly not representative of every single person who has OCD, is ultimately a sympathetic, memorable, deeply moving character whose constant wordplay and arrogant facade mask the difficulty and pain that she uses those tools to cope with. The plot isn't what's important here - what's important is the portrayal of someone struggling with something that most people reading this can't comprehend, and doing so in the only way she knows how to.

I've seen other reviews complain that "I have OCD and I'm nothing like this character", or "I work with people with mental illness and Addie doesn't seem like any of them". I think these are incomplete responses that attempt to impose rigid outlines on a disease that affects each person individually. So read this book for what it is - an exploration and humanization of how a condition that most of us can't comprehend, and an invitation to treat those with mental illness as the individuals with complex inner lives and coping mechanisms that they are.