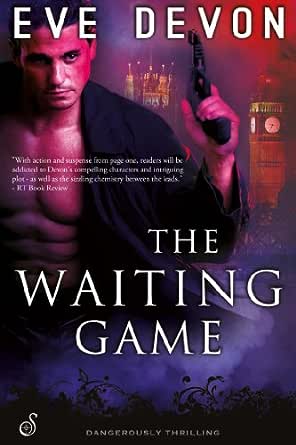 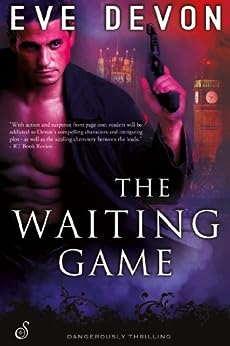 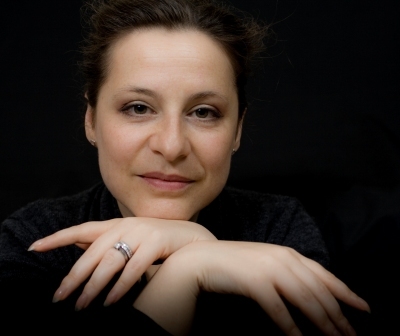 Karli
4.0 out of 5 stars Waiting
Reviewed in the United States on September 9, 2014
Verified Purchase
Since her abduction and torture years earlier when she was at the pinnacle of her music career, Brooke has been waiting. She has gone into seclusion in France, shutting everyone but her manager out. Then Cam, her former bodyguard, shows up letting her know her stalker has been released from prison. Cam offers her his protection but wants complete control, which Brooke fought during her tour. This time will be different, she promises, because she has changed. But her stalker has also changed, has escalated, and his plans for her don't include her being rescued this time. And this time he won't be working alone.
This is a very good romantic suspense. It builds slowly, almost too slowly at times, focusing on the waiting aspects of uncertainty. I would read more by this author.
Read more
One person found this helpful
Helpful
Comment Report abuse

Angie
4.0 out of 5 stars Brooke was so courageous!
Reviewed in the United States on August 30, 2014
Verified Purchase
I was shocked by the twist at the end, but kept wondering if something was up with Brooke's friends. Cameron was trying to protect her, but kept feeling like he failed. He didn't realize that he had someone close to Brooke working against him. Brooke was so courageous about putting herself out there. Cameron kept Brooke at arms length, but Brooke kept trying to break down Cam's defenses and get him to admit how he really felt. I liked the ending and how Cam and Brooke finally broke through each other's defenses and trusted each other. It was a really good book!
Read more
One person found this helpful
Helpful
Comment Report abuse

I_read_lots!
4.0 out of 5 stars Really enjoyable read, good suspense
Reviewed in the United States on August 2, 2013
Verified Purchase
I was surprisingly pleased with this book, well done to the author! She managed to create the right balance between romance and suspense, and the main characters were instantly likeable. You actually cared about what happened to them and hoped they'd end up together! Looking forward to more from Eve Devon in the future.
Read more
Helpful
Comment Report abuse

Monica Cardoza
5.0 out of 5 stars Suspenseful Thriller
Reviewed in the United States on May 30, 2013
Should you really play the waiting game with a psychopath or should you fight for your freedom to finally be able to live your life, to fall in love to be you. This is what Brooke decided to do she was tired of the psychopath winning it was time to regain her life.

Brooke Bennett was a singer for a duo group "Nocturne" and was also the song writer. They were a very popular group but something happened one day when she decided to go against her bodyguard demands. She liked defying him, she liked to flirt with him but he would not listen to her or he would tell her no. Brooke was tired of being stuck in the hotel room she wanted to do some shopping but he would not let her go. Only after he left she defied him and left to do her shopping. She hit some shops but on her way to the hotel room she was kidnapped.

Cameron "Cam" Dexter had been hired to protect Brooke after being alerted that she had a stalker. She had received some pictures and they were escalating into something worse. He had a hard time thinking around her he knew he was attracted to her but he had a job to do. Cam needed to keep his head straight and not think about her sexy body. Then the day that he left her and told her to stay in the hotel room she left but the worst part was that she had been kidnapped. He did everything he could to find her he thought she was dead only she wasn't. He finally found her but he feared the worst. She was strapped to a gurney, with glassy eyes and blood covering her body. Cam saw the shame in her eyes when be looked at her so he did his best to cover her. He vowed to protect her, the psychopath was in prison.

Brooke was content in France only she lived in fear but at least she was living and Spinks was in jail where he belonged. She still had panic attacks but with her yoga and her method of counting in her head she was coping. Only she was no longer able to sing and also write. She was done with the music industry she just wanted to forget only that someone has come back into her life again.

Cam needed to go to Brooke Spinks had been released from jail apparently on good behavior. He knew that he needed to protect her and he knew that he needed to get her out of France because Spinks was going to find her again. Only that deep down inside he knew that he needed to see her he needed her, but that needed to wait. Once back home in London they needed to draw Spinks out and that means that they have to put Brooke out there, only he couldn't do it. Only her ex-manager/ friend Steven seemed a little to eager to have Brooke back in the spot light. There was something about him I just didn't like he just seemed to slimy. Brooke wants to be part of the planning wants to know what is going on in the investigation and Cam sees she is trying to be brave. Brooke is trying to following his rules she is trying to following his directions but at times she just wants to argue with him. When it was ready for them to make their move to bring out Spinks, everything was going great at the club only Brooke had a panic attack and then the second in command to Cam was hurt. Just as they are leaving the club, Spinks appears and stops her from falling. Brooke is frozen in place, he is right in front of her and she can't move, she can't scream, she can't fight.

Ms. Devon I so applaud you for this amazing, suspenseful read that had me enthralled from the beginning to the very end. I am a sucker for bodyguards that act all alpha male but underneath everything they show so many emotions. Now as for Brooke, I loved how determined she was, how brave but most of all I love how she did not back down on what she felt for Cam. I loved how she was done waiting she was done being a victim she wanted to be free. Now as for Spinks I could not believe how his mind worked how he rationalized his obsession with Brooke, his obsession with her being his muse. In some of Brooke's telling of what happened to her I felt sick for what she went through the torture the thought of never being able to be free. The characters in this story were well developed. The chemistry between Cam and Brooke is hot, steamy when Cam finally touches her it's with so much care so erotic so sizzling. This is my first read by Ms. Devon and I have to say it will not be my last, her writing style is perfect, to the point and the pace is perfect.

If you like a romance with a suspenseful twist The Waiting Game is for you. Read the journey that Brooke goes through in order to have her freedom to love someone and finally feel safe.
Read more
2 people found this helpful
Helpful
Comment Report abuse

hanna_sawyer43
4.0 out of 5 stars Enjoyable book
Reviewed in the United States on March 28, 2018
Thanks Netgalley for a copy to read and review.

Outstanding job, except for the fact the first part of the book made me keep thinking I'd missed book one but this is a standalone not a series. Brooke and Cameron have a history. He was her bodyguard and lover and failed to protect her from a madman. Skip five years and suddenly said madman is out on early release. Cameron has left her alone for five years and now suddenly stands on her doorstep ready to whisk her away. I enjoyed the last half of the book and the twists. I think the book would have been better had we just made the kidnapping a first part. Still Four stars of entertainment, I enjoyed the book. Thanks for allowing me a copy.
Read more
Helpful
Comment Report abuse
See all reviews

Jane Hunt
5.0 out of 5 stars Sizzling Chemistry and Menancing Suspense
Reviewed in the United Kingdom on May 27, 2014
Verified Purchase
'The Waiting Game' is a twisty, well paced story with a damaged but so courageous heroine - Brooke and a sexy, guilt ridden hero - Cam. Hooked from the first chapter I read this book in a couple of hours.
The stalker element in this story is menacing. The author conveys Brooke's horrific experiences cleverly without resorting to descriptions of gratuitous violence. Sharing Brooke's point of view brings the fear and lack of control she experiences vividly to life. The plot has lots of twists and a few nasty surprises for Brooke and Cam.
Cam's need for control is a symptom of his guilt complex which proves an almost insurmountable barrier for Brooke to climb. The chemistry between the couple as Cam refuses to let his passion override his duty is sizzling. The emotional bond between the couple is tangible they so deserve their happy ending but will they get it?
Well written secondary characters enhance the story's realistic edge. I would love to read Ellie and Alex's stories.
The balance of romance and suspense in 'The Waiting Game' makes it an enthralling read.
Read more
Report abuse

Rachel Dexter.....!
5.0 out of 5 stars Well worth the wait!
Reviewed in the United Kingdom on June 30, 2013
Verified Purchase
I absolutely loved this book! From the start Eve draws you into Brooke Bennett's world and takes you on an emotional journey as you learn about her horrific past, experience her fearful present and long with her for a future worth waiting for! The tension between the main characters is incredibly well written and the book has a final twist that I just didn't see coming. It is compulsive reading that shocks, scares and intrigues whilst making you laugh, sigh and blush! A great read all round. Eve Devon is certainly a writer to keep on your radar!!!
Read more
Report abuse
See all reviews