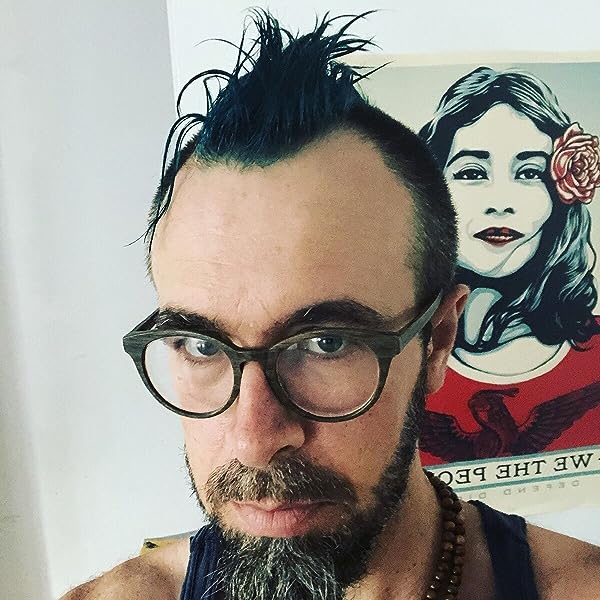 In The Wake of the Kraken: Pirates of the Multiverse (Tales from the Year Between) Paperback – August 30, 2021

by C. Vandyke (Author)
4.7 out of 5 stars 5 ratings
See all formats and editions
Sorry, there was a problem loading this page. Try again.

Set sail for adventure across four fantastic pirate filled worlds in the 3rd volume of Tales From the Year Between! From galleons to steampunk airships to faster-than-light starships, come join Skullgate Media as we navigate the waters of the multiverse...

Pirates exist across every version of reality. While we are all familiar with the classic tales of Long John Silver and Blackbeard, there are worlds where pirates steer airships through the sky, ride on the backs of fire-breathing dragons, or pilot rockets between the stars. Whether they are sailing a steampunk zeppelin, exploring a magic underwater grotto, or crewing a space station near a black hole, these pirates share a swashbuckling sense of adventure that crosses all bounds of space and time. Stow away with 24 gripping yarns as we sail the seas, skies, and stars seeking out treasure and glory... in the wake of the kraken!

Tales From The Year Between is Skullgate’s anthology series that brings together writers from around the globe to invent an original world from scratch. After two weeks of intense world-building, each author sets out to expand their new, fabulous universe through short stories, flash fiction, poems, songs, and whatever else their boundless imaginations unleash. Each volume is new, exciting, and utterly unique.
Read more
Previous page
Next page

There are 0 reviews and 4 ratings from the United States

James Downe
4.0 out of 5 stars An fun, expansive read with something for everyone
Reviewed in Canada 🇨🇦 on October 1, 2021
Verified Purchase
I love pirates, and I love krakens, so I picked this up on a whim. I was not disappointed! Multiple authors coming together to make not just one but 4 different shared worlds? Epic. I enjoyed the fantasy pirate and sky pirate settings best, but these stories are so broad their really is something for everyone in here.

The stories loosely connect, but not so much that you have to read one to understand the others. Each is fresh, with a new outlook and plot set within these marvelous worlds.