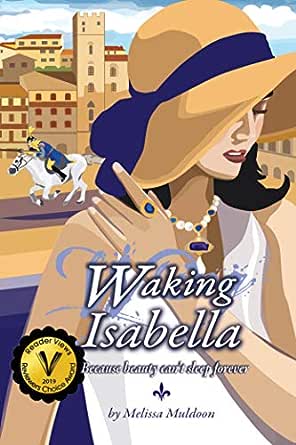 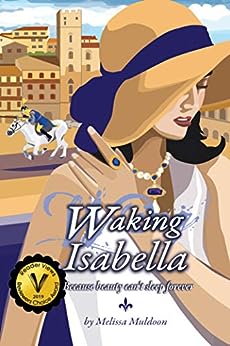 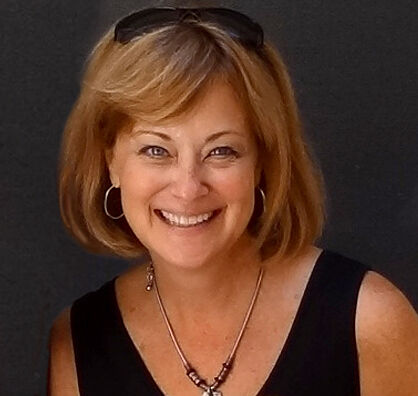 "Waking Isabella" by Melissa Muldoon is a must-read for all fans of Italy, history, romance and intrigue. Eccellente! Muldoon magically weaves together the lives of Nora, Isabella and Margherita, spanning the course of many centuries, into a story that will mesmerize and haunt readers long after the last page is read. -- Sheri Hoyte for "Reader Views"

"Renaissance princess Isabella de' Medici steals the limelight as her influence transforms lives even across centuries. A beautiful story filled with intrigue. mystery, art, and redemption. Melissa Muldoon succeeds in transporting the reader to Tuscany with all its cultural festivities, history and people. A treat for lovers of historical fiction, the beauty of art, and the challenge of starting a new life and rediscovering love." - Italy Book Tours

"Waking Isabella is the kind of historical fiction I love - the main story takes place in the present but within the plot are flashbacks of stories taking place in the Renaissance and during World War II. If you've never been to Arezzo, you'll probably want to go after you read this book. Recommended reading for anyone who wants to take an armchair journey to Tuscany or looking for new places to explore on their next trip." - Marth Bakerjian, Italy travel expert "Martha'sItaly.com" and "About.com" --This text refers to an alternate kindle_edition edition.

Melissa Muldoon is the “Studentessa Matta.” In Italian, “matta” means “crazy” or “impassioned.” She promotes the study of Italian language and culture through the dual-language blog StudentessaMatta.com. Melissa began the “Matta” blog to improve her own language skills and to connect with other language learners. It has since grown to include a podcast, Tutti Matti per Italiano, and the Studentessa Matta YouTube channel. Melissa also created Matta Language Immersion Tours, which she co-leads with Italian partners in Italy. She has a B.A. in fine arts from Knox College, and a master’s in art history from the University of Illinois at Champaign-Urbana. She studied painting and art history in Florence. Dreaming Sophia is Melissa’s first novel about Italy and Waking Isabella is her second novel. Both stories weave together historical facts with an imaginative story line, focusing on Italy, the language, art, and culture. It is the desire of the author to introduce her readers to the world of art history and inspire them to learn the Italian language. When Melissa is not traveling in Italy, she lives in the San Francisco Bay Area. Melissa designed and illustrated the cover art for both her novels. More information is available on the author’s website: www.MelissaMuldoon.com --This text refers to an alternate kindle_edition edition.

4.7 out of 5 stars
4.7 out of 5
63 global ratings
How are ratings calculated?
To calculate the overall star rating and percentage breakdown by star, we don’t use a simple average. Instead, our system considers things like how recent a review is and if the reviewer bought the item on Amazon. It also analyzes reviews to verify trustworthiness.

Audrina Williams
5.0 out of 5 stars A book that has it all!
Reviewed in the United States on January 16, 2021
Verified Purchase
This is another very unique and unusual work by a very talented author. If you want more than just a straight storyline, these books are an excellent choice. They immerse you in culture in a way that I’ve seen very few stories do, but also keep you engaged in interesting dialogue that you know is setting the stage for new things to come.

I could almost feel Nora pining for Italy at the beginning of the book, when she’s walking through the market. Nora essentially saying goodbye to her ex-husband on the terrace in another country created an enjoyable hit-and-run of emotions too. I also liked how she met Luca through her friend, and the jousting scenes were interesting. Especially for someone who has only been to Italy once and has never really seen a live joust! Then when she literally stumbled upon important information about the lost painting, and discovered that Luca actually held a huge key to its disappearance I was hooked. I won’t do a spoiler!

It was also very interesting how the author brought out the relationship between Isabella’s parents, and how kind and loving her father was to her mother, and then she ended up being married to that evil man. The contrast was startling and you could not be emotionless about that!

Other parts that were particularly poignant was how Margherita (A character from the World War II section) noticed how the war was making her father old before his time and wondering about some of the mysterious comings and goings. She is smart enough to know that something’s going on, but doesn’t immediately know what. She is also a very selfless character, because she was willing to marry Ruggero because of her father’s declining health, even though she wasn’t really romantically in love with him. I had a small hunch about what might be coming with Ruggero and Federico though, but again, I won’t do a spoiler! And I can’t forget Carlotta, the kind of character you love to hate! LOL.

The tail bounds along, keeping the reader intrigued and interested throughout, and visiting different cultures and eras all through makes it a very enjoyable read. It never gets boring or has any lagging parts that so many novels have these days.

I think by the end, a remark that her friend made earlier in the book ended up being prophetic! That as Nora went about waking Isabella, Isabella kind of woke her too! History, romance, art, cultural immersion, it has it all. I think it was a highly enjoyable and entertaining read and I will almost certainly revisit in the future.

kansasauthor
5.0 out of 5 stars Well-written historical romance
Reviewed in the United States on July 10, 2020
Verified Purchase
In the 16th century Isabella de Medici comes alive for present-day Nora, who travels to Tuscany to do a film documentary of her. Although married to Paolo, the Duke of Bracciano, Isabella had fallen in love with Troilo, Paolo's cousin, but she was later murdered by Paolo. One evening, Nora sees a vision of Isabella who is asking her to hide a painting that included Isabella and her mother. But the vision vanishes and Nora wonders what may have happened to that painting. While Melissa Muldoon’s novel was well-written and her descriptions on her characters and setting were well done, she repeated a sentence that took me out of my trance and made me wonder why her editor didn't catch this. The sentence was "To keep them safe, they were concealed in a farmer's cantina near Vinci". But that repeated sentence was the only flaw I saw in this book. The author’s occasional use of French and Italian phrases was slightly annoying, it did add to the charm of the novel. Other historical events also intrigued me, such as the execution of Saint Donato in the first century and a painting of a cross by the painter Cimabue. His artwork as well as other masterpieces, Melissa mentions, were carefully hidden from the Nazis during WWII. The author is obviously enchanted by what she learns about Isabella and what the area looked like back then. While I typically don't read historical romances, I liked this one and recommend this novel if one wants to travel to 16th century Italy.
Read more

Mark
5.0 out of 5 stars Very well written romantic adventure
Reviewed in the United States on November 3, 2020
Verified Purchase
Nora leaves San Francisco for Tuscany to spend the summer making a video documentary about Isabella, a young Medici wife murdered by her husband for infidelity in the 16th century. But as Nora becomes fixated upon her subject, Isabella appears in a dream, begging for help, and sends the story on a far ranging exploration of Italian history and culture. We see glimpses of the 16th century circumstances leading to Isabella’s murder, and then of World War II where artists and Italian underground hide important works of art to keep them from the Nazis. Some of this work, including a famous portrait of Isabella, was hidden so well that it is only discovered when Nora becomes romantically involved with the grandson of one of the families of the village.

The book is well written and a good read not just for Nora’s fictional adventures, but also its authentic glimpses of Italy’s rich past and present. I especially appreciated the author’s afterword, in which she goes into some detail about what is fiction and what is fact, and how she interwove them for this most entertaining adventure and romance. The only error I could find was that Arezzo was liberated by the Allies in 1944, not 1945.

Paul Broome
4.0 out of 5 stars Entertaining and Instructive Summer Read
Reviewed in the United States on June 11, 2020
Verified Purchase
Nora, escaping a ho-hum life in the states and a failed marriage, takes off for Italy to create a documentary based on the life of Isabella de' Medici. Once she's settled in Italy, she very quickly becomes involved with Luca, a handsome Italian man who refuses to let go of a disturbing past.

What intrigued me most about this novel was how well the author blends the history of the Tuscan world from the Renaissance to World War II to the present day via the intertwined lives of her characters. The characters are well-developed, believable, and most importantly, likable. The period scenes are remarkably well done. One definitely feels embedded in the historical time.

In fact, the one downside of the work is that we don't get enough information. For instance, there is quite a build-up of a jousting tournament throughout the narrative, but when we get to the tournament itself, it's not given the attention one might expect. Nevertheless, the book reads smoothly, and you do want to know what happens next. I recommend it to everyone who loves a good love story and who loves Italy!
Read more
Helpful
Report abuse
See all reviews

The main difficulty that that I had with the book resulted from the format, being a story that looks in turn at the lives of Nora, Isabella and Margherita. Although this is a form that often works brilliantly from the outset, I found myself far more engaged with one character than the others at various times, meaning that every time the focus shifted to a character I was less interested in, my reading slowed.

However, it is a brilliantly written book, fully immersive in each and every setting and not nearly as predictable as one might think.
Read more
Report abuse

Amazon Customer
5.0 out of 5 stars A taste of Tuscany
Reviewed in the United Kingdom on August 12, 2020
Verified Purchase
A well written and easy to read book which takes you into the past and the present.
Melissa's writing makes you feel as though you are in Italy enjoying the colours and the life style and brings the past vividly to life
Read more
Report abuse
See all reviews