You've subscribed to Mythrian Realm Series! We will preorder your items within 24 hours of when they become available. When new books are released, we'll charge your default payment method for the lowest price available during the pre-order period.
Update your device or payment method, cancel individual pre-orders or your subscription at
Your Memberships & Subscriptions
There was an error. We were unable to process your subscription due to an error. Please refresh and try again. 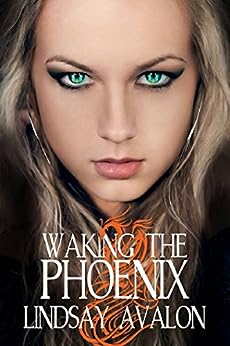 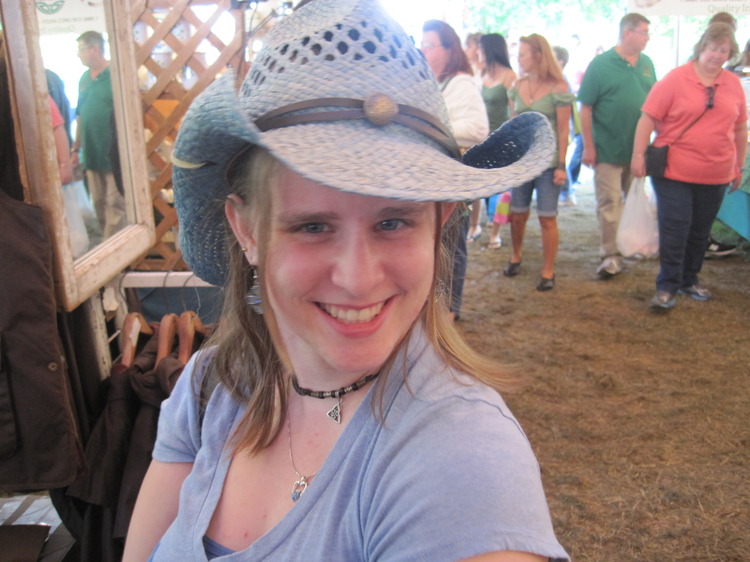 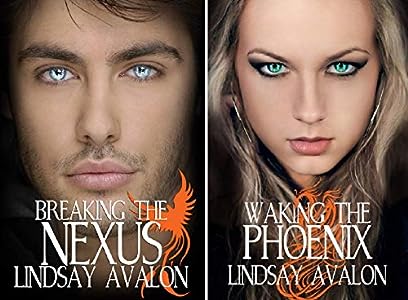 Amazon Customer
5.0 out of 5 stars FAST PACED ACTION PACK AND TRULY MAGICAL
Reviewed in the United States on January 7, 2015
Verified Purchase
Oh my what a wonderful book. I read the first book and ran over and bought this baby here and I am so glad I did. Avalon has truly out down her self on this book. I was on journey after journey between two worlds. And the attention to detail in this book really amazed me. I could picture in my mind the scenery as we went along and the danger that lurked. From the way the trees were twisted to the moss on the ground and the volcano that was erupting near by and those nasty little imps that were everywhere. The pools of blood and the waterfall that ran red like blood I could even hear it I got so wrapped up in this story. And the love scenes between Conner and Sha would leave you breathless. Oh and the ending of the book of my......Grab it up fast.
Read more
One person found this helpful
Helpful
Report abuse

Jean
4.0 out of 5 stars The world is falling apart . . .
Reviewed in the United States on July 12, 2015
Verified Purchase
Great book! The world is falling apart around all of our characters. Sha has been through so much and now she is having visions of what is to come. Conner is experiencing more and more things he cannot explain but begins to accept them as a part of himself and the world around him. In this book, there is more interaction with Alec, Ian, and Brenna. When we first meet Alec, he is distant and projects a harden by life attitude. However, as he involves himself more and more with the others, he becomes attached to them all. Of course, he still doesn't want to make that known. Ian is in the human realm fighting off the creatures from hell and is joined by Brenna, Conner's sister. I am especially interested in Brenna's role considering she has always been 'different' in Conner's eyes. Oh and I can forget Aries and the Oracle. I am intrigued by the interaction of these two. I am sure we will see more of them along the way. Can't wait for the next book. With an ending like that, I will be eagerly awaiting the next!
Read more
Helpful
Report abuse

Laurie
5.0 out of 5 stars Fantasy at it's finest!!
Reviewed in the United States on January 6, 2015
Verified Purchase
I LOVE this book!! This is the best fantasy series I have read. You need to read Breaking the Nexus and Warrior Unleashed before reading this.

Conner has followed Sha through the break in the Nexus and Maestro has struck harder than ever. This is a fast moving story with a great storyline. These characters and storyline are so well developed that you forget this a fantasy. Lindsay has a such a unique way of telling a story. I have been a fan since I read the the first book in the series.

I want to tell you so much about this book but I don't want to spoil it for anyone. Just know that if you like a fantasy you will LOVE this series!!

Thank you Lindsay for writing such amazing books!!! Can't wait for what's next!!
Read more
One person found this helpful
Helpful
Report abuse

Amazon Customer
5.0 out of 5 stars Awesome again
Reviewed in the United States on March 3, 2015
Verified Purchase
Great book and continuation on the series, but now I want more.I loved where this book went, but it ended too soon for me. I like the plot and how things went from disaster to so peaceful. What an amazing transformation to be brought into with this world. Connor and Sha continue to amaze me as a couple, with a love that many of us dream of.
Read more
Helpful
Report abuse

Joy Whiteside
5.0 out of 5 stars a great read
Reviewed in the United States on February 3, 2015
Verified Purchase
This was a great read, that I really enjoyed reading. From the moment that I started reading this I was hooked. IT moved along at a great pace, has awesome characters and a story that will keep you interested and entertained from beginning to end.

I would recommend this book to anyone who enjoys a really great read and I am looking forward to reading more by this talented author in the future.
Read more
One person found this helpful
Helpful
Report abuse

nahuel
5.0 out of 5 stars great read
Reviewed in the United States on January 12, 2015
Verified Purchase
wow great fasted paced action packed book,well written book. I feel in love with the characters even more, i love Sha's character she is the type of heroine i enjoy reading about. Along with the action were some great steamy scenes.
Read more
One person found this helpful
Helpful
Report abuse

Syfylynn
5.0 out of 5 stars Another good one! Can't wait for more
Reviewed in the United States on September 9, 2014
Verified Purchase
Another good one! Can't wait for more, it had me on pins and needles couldn't put it down till I was done. If you haven't read it do, you won't be disappointed. I can only hope that there antagonist gets his in the end and isn't as all knowing as he makes out to be.
Read more
One person found this helpful
Helpful
Report abuse

mny0050
5.0 out of 5 stars Phoenix
Reviewed in the United States on April 3, 2017
Verified Purchase
I need the next book yesterday beautiful story. I hope we hear more about Ian and Brenna what is their part saving the realms?
Read more
Helpful
Report abuse
See all reviews

Lynn Worton
5.0 out of 5 stars A Fantastic Continuation!
Reviewed in the United Kingdom on August 30, 2014
Verified Purchase
This is the second book in the Mythrian Realm Series. I loved it!

Sha Phoenix is a wonderful character. I love her wit and humour! She is a part Aquarum (water magic) and part Infernum (fire magic) Sorceri. This makes her a formidable protector of the Nexus; the gateway between her world and the human one.

Connor Flynn is a fantastic character. He is a cop, who is strong, handsome and honourable. It also helps that he is very charismatic. I love his protective streak! (As an aside: I wouldn't mind being arrested by this cop!).

This story continues from the cliffhanger at the end of the first book, and sees Sha and Connor returning through the Nexus to Mythria.

This story is not only told through Sha and Connor's point of view, but through the eyes of Ian Kendrick, Connor's police partner. I loved this alternative point of view, as it gave the reader a chance to see what was happening on both sides of the Nexus. It was also nice to meet Saia, Achaius and Luca again. We are also introduced to Alec, a teenager who is more than he seems. Though he is still an enigma, I found myself liking this mouthy teen. Alec is a bit impertinent at times, but he seems to have a good heart; I look forward to find out what his story is in time. I did feel sorry for him at times, but giggled at the adults' - especially Achaius and Aries - method of discipline.
Maestro is still causing havoc though his magic and he is as evil as ever. But I'm not sure if he's the master, or a puppet for someone else.

There is plenty of danger and intrigue, which kept me hooked from the first page. There are also several twists and turns in this story that kept me on the edge of my seat. The author's descriptions of the scenes and the characters brought the story to life. I could picture everything quite clearly. This story took me on a roller coaster ride of adventure, danger and emotion.The ending finished on totally shocking cliffhanger, and now I am looking forward to reading the next book in the series as soon as possible.

Lindsay Avalon has written an amazing paranormal romance. I love her fast paced writing style, and the story flows beautifully. Her characters are extremely likable (except for Maestro) and come alive on the page.

Due to scenes of a sexual nature that are on the explicit side, as well as some bad language and violence, I do not recommend this book for younger readers. However, I highly recommend this book if you love YA (17+), paranormal romance or fantasy. - Lynn Worton
Read more
Report abuse

karen kelly
4.0 out of 5 stars Four Stars
Reviewed in the United Kingdom on October 30, 2014
Verified Purchase
Great read
Read more
Report abuse
See all reviews
Back to top
Get to Know Us
Make Money with Us
Amazon Payment Products
Let Us Help You
EnglishChoose a language for shopping. United StatesChoose a country/region for shopping.
© 1996-2021, Amazon.com, Inc. or its affiliates